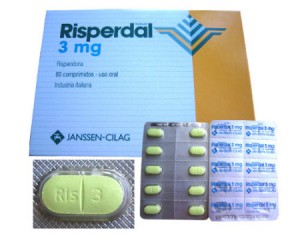 Johnson & Johnson hid studies showing its Risperdal anti-psychotic drug caused diabetes to protect billions of dollars in sales, a lawyer said in the first personal-injury claim over the medication to go to trial.

Researchers at J&J’s Janssen unit knew as early as 1999 that a study found Risperdal caused diabetes at a higher rate than a competing drug and failed to hand over the results to regulators probing links between the disease and anti-psychotic medicines, Fletch Trammell, a lawyer for a former Risperdal user, told a New Jersey jury today in opening statements.

“The evidence will show Janssen buried studies for a competitive advantage,” Trammell told jurors in state court in New Brunswick, New Jersey. J&J, the world’s second-largest health-products maker, is based in the city.

The trial of Gary Skala’s claims that his 14 years’ worth of Risperdal use caused his diabetes began two weeks after J&J agreed to pay $158 million to settle Texas officials’ claims that it fraudulently marketed the drug.

While J&J has faced four states’ claims that it defrauded Medicaid programs by misleading doctors and regulators about Risperdal’s diabetes risks, Skala’s case is the first brought by an individual patient to be presented to a jury.

The drugmaker contends that the study evaluating Risperdal’s diabetes risk against that posed by Eli Lilly & Co.’s Zyprexa anti-psychotic medication was flawed and that’s why it wasn’t made public, one of the company’s lawyers told jurors today.

“Nothing was buried, nothing was hidden and no one was tricked,” Jeffrey Peck, a lawyer for J&J, said in his opening statement.

Lawyers for Risperdal patients contend J&J officials aggressively pushed the drug for unapproved uses and lied about its links to diabetes to pump up sales.

A judge in South Carolina who reviewed claims about the company’s Risperdal marketing campaigns concluded last year that J&J officials “allowed the profit-at-all-costs mentality to cloud” their judgment about the handling of the drug.

Skala’s lawyers said the 56-year-old Nebraska resident started taking Risperdal in 1996 after attempting suicide by taking an overdose of anti-anxiety medicine. The former college maintenance man steadily gained weight while on the drug and was diagnosed with diabetes in 2002, Trammell said. Skala wasn’t obese when he started Risperdal and didn’t have a family history of the disease, the lawyer said.

“He went to them for help and they gave him diabetes,” Trammell said of J&J.

Peck countered that Skala’s weight gain and diabetes was caused by his excessive alcohol use and sedentary lifestyle rather than by Risperdal. After Skala stopped drinking in 2010, “he lost 25 pounds,” the J&J lawyer said.

The presentation of evidence in the case, which is being overseen by Judge Jessica Mayer, is expected to last two weeks.

J&J faces more litigation over Risperdal next month when the state of Arkansas’s claims that the drugmaker misled doctors and Medicaid supervisors about the medicine’s health risks are set for trial.

In 2010, the company lost a Risperdal case in Louisiana, where on top of a $257.7 million jury award the judge ordered the company to pay $73.3 million in attorneys’ fees and costs. A year later, a South Carolina judge ordered J&J to pay $327 million in damages after a jury found its Risperdal marketing practices violated fraud and consumer protection laws.

J&J also has agreed to pay more than $1 billion to the U.S. and a number of states to end a civil probe into its Risperdal marketing practices, people familiar with the matter told Bloomberg News on Jan. 6.

The U.S. government has been investigating Risperdal sales practices since 2004, including allegations the company engaged in so-called off-label marketing of the medication, J&J has said in U.S. Securities and Exchange Commission filings. The company said it has been negotiating with the U.S. to resolve the investigation.