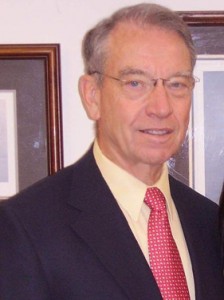 The new standards carry out legislation championed by Senators Charles E. Grassley, Republican of Iowa, and Herb Kohl, Democrat of Wisconsin. The legislation was included in the 2010 health care overhaul. “The goal is to let the sun shine in and make information available to foster accountability,” Mr. Grassley said.

WASHINGTON — To head off medical conflicts of interest, the Obama administration is poised to require drug companies to disclose the payments they make to doctors for research, consulting, speaking, travel and entertainment.

Many researchers have found evidence that such payments can influence doctors’ treatment decisions and contribute to higher costs by encouraging the use of more expensive drugs and medical devices.

Consumer advocates and members of Congress say patients may benefit from the new standards, being issued by the government under the new health care law. Federal officials said the disclosures increased the likelihood that doctors would make decisions in the best interests of patients, without regard to the doctors’ financial interests.

Large numbers of doctors receive payments from drug and device companies every year — sometimes into the hundreds of thousands or millions of dollars — in exchange for providing advice and giving lectures. Analyses by The New York Times and others have found that about a quarter of doctors take cash payments from drug or device makers and that nearly two-thirds accept routine gifts of food, including lunch for staff members and dinner for themselves.

The Times has found that doctors who take money from drug makers often practice medicine differently from those who do not and that they are more willing to prescribe drugs in risky and unapproved ways, such as prescribing powerful antipsychotic medicines for children.

Under the new standards, if a company has just one product covered by Medicare or Medicaid, it will have to disclose all its payments to doctors other than its own employees. The federal government will post the payment data on a Web site where it will be available to the public.

Manufacturers of prescription drugs and devices will have to report if they pay a doctor to help develop, assess and promote new products — or if, for example, a pharmaceutical sales agent delivers $25 worth of bagels and coffee to a doctor’s office for a meeting. Royalty payments to doctors, for inventions or discoveries, and payments to teaching hospitals for research or other activities will also have to be reported.

The Obama administration estimates that more than 1,100 drug, device and medical supply companies will have to file reports, generating “large amounts of new data.” Federal officials said they would inspect and audit drug company records to make sure the reports were accurate and complete.

Top executives are potentially liable because a senior official of each company — the chief executive, chief financial officer or chief compliance officer — must attest to the accuracy of each report.

The new requirements, or something very similar, will take effect soon; in fact, they are overdue. Under the new health care law, the administration was supposed to establish payment-reporting procedures by Oct. 1, 2011. The public will have until Feb. 17 to comment on the proposals, which are broadly consistent with the expectations of industry and consumer groups. After considering the comments, Medicare officials will issue final rules with the force of law.

Consumer advocates have long demanded details of the financial ties between doctors and drug and device companies.

In an introduction to the proposed rules, the Obama administration says that patients can benefit when doctors and the industry work together to develop life-saving drugs and devices. But, it said, these relationships can also “lead to conflicts of interests that may affect clinical decision-making” and “threaten the underlying integrity of the health care system.”

The administration does not try to define the difference between proper and improper payments. It says simply that public reporting of the financial ties between doctors and drug and device companies “will permit patients to make better-informed decisions when choosing health care professionals and making treatment decisions.”

The new standards carry out legislation championed by Senators Charles E. Grassley, Republican of Iowa, and Herb Kohl, Democrat of Wisconsin. The legislation was included in the 2010 health care overhaul.

“The goal is to let the sun shine in and make information available to foster accountability,” Mr. Grassley said.

“Some companies fear that doctors may no longer want to engage in consulting arrangements, and such reluctance could chill innovation,” Mr. White said.

Medicare and Medicaid, the programs for older Americans, the disabled and the poor, spend more than $100 billion a year on drugs and devices.

Although the Congressional Budget Office does not predict immediate savings, it has said that, “over time, disclosure has the potential to reduce spending,” by reducing instances of overprescribing.

As an example of inappropriate payments, the inspector general of the Department of Health and Human Services cited a case in which manufacturers of medical devices had provided financial incentives — in the form of consulting agreements, lavish trips and other perks — to induce doctors to use particular hip and knee replacement products. Under a civil settlement with the government, the companies agreed to new compliance procedures.

The law also requires drug and device companies to report the amount of “any ownership or investment interest” held by doctors or their immediate family members, other than holdings of publicly traded stocks.

The administration intends to apply the same disclosure requirements to doctor-owned companies that distribute medical devices. Such companies allow doctors to benefit financially from sales of devices they use in surgery.