Across America, doctors are putting foster children on powerful, mind-altering drugs at rates up to 13 times that of children in the general population. What’s more, doctors are prescribing foster children drugs at doses beyond what the Food and Drug Administration has approved, sometimes in potentially dangerous combinations, according to a new report by the federal Government Accountability Office.

“It’s just almost beyond comprehension,” said Sen. Thomas Carper, D-Del., who asked for the GAO investigation. “We want the doctors and nurses that are prescribing these medicines to look at their behavior and think and ask this question. Are we doing something wrong here?” 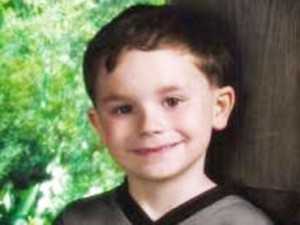 In Florida, regulator Gabriel Myers, killed himself in 2009 after being prescribed a powerful mix of psychotropic medication.

In Florida, regulators have been grappling with that question since a 7-year-old boy, Gabriel Myers, killed himself in 2009 after being prescribed a powerful mix of psychotropic medication.

His psychiatrist, Dr. Sohail Punjwani, had, at different times, prescribed two drugs that carry black box labels — warning of the need to carefully monitor patients because of the increased risk of suicidal thoughts and behavior in children, which call for careful monitoring. However, even though Gabriel visited Punjwani’s office seven times, his foster father said Gabriel usually only spent about five minutes talking to the doctor.

Gabriel’s death was ruled an accident, but investigators pointed to the possibility that the medication may have contributed to his death. The tragedy triggered a storm of outrage across the state.

“I don’t accept that the only way to reach a child who is 7 years old is through psychotropic drugs,” said Florida Sen. Ronda Storm, during hearings over Gabriel’s death. “I do not accept that.”

The boy’s doctor settled a lawsuit in 2010 accusing him of prescribing a toxic cocktail of psychotropic drugs to a 16-year-old patient, who suffered a sudden heart attack and died. Punjwani settled that case but admitted no wrongdoing.

Additionally, Punjwani was arrested for driving under the influence and cocaine possession. He pleaded not guilty to those charges but went through a court-ordered rehabilitation program.

When ABC News caught up with Dr. Punjwani, he told us, “Sad stories happen but that does not mean that everything else the doctor is responsible for it because we are in the business of taking care of these children,” he said.

Antipsychotic medication, which can cause a litany of health problems such as severe weight gain, an increased risk of diabetes and irreversible movement disorders, is among the top-selling drugs in America.

Four drug makers have paid a total of more than $2 billion to settle claims they illegally marketed antipsychotics to children. All deny wrongdoing.

“How do antipsychotics, drugs supposedly for people who have lost touch with reality, how do they develop such a wide market?” said neuropsychiatrist Dr. Stefan Kruszewski, who won millions of dollars as a key whistleblower against drug companies.

There have been very limited long-term studies on antipsychotics in children. And for drugs already on the market, the duration of the studies that were used to get FDA approval for children have been as short as three to six weeks.

ABC News interviewed a social worker now working in a state foster care system, who asked not to be identified.

“Every child that I saw was basically on some type of psychotropic medication,” the social worker told ABC News. “It’s much easier to medicate a child than it is to physically restrain them, than it is to pay $200 an hour to a therapist to talk through their problems with them.”

Read the reset of the article here