Note from CCHR: They’re now “trying to figure out” why so many Americans are taking drugs for “mental illness,” but the answer is ridiculously simple: because people are being diagnosed mentally ill for a multitude of behaviors or emotions that have been pathologized into a “disease” by psychiatry & promoted by Big Pharma.  Being sad, anxious, too happy, too sad, in grief,  having to much energy, too little energy, fidgeting, being shy, having too much sex, too little sex, eating too much, eating too little…the list goes on and on.  And that is the reason.  Because there are 374 ways to label you mentally ill… and the number is growing. 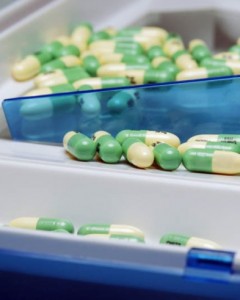 Americans are taking a “startling” amount of mental-health related medications, according to a big new study by Medco Health Solutions. More than 1 in 5 Americans now takes at least one drug to treat a psychological disorder, ranging from antidepressants like Prozac to anti-anxiety drugs like Xanax. Understanding why Americans are taking more pills to treat mental illness “is the next critical goal,” says Dr. Martha Sanjatovic in a statement released by Medco. Here’s a look this growing trend, by the numbers:

2.5 million
The number of Americans surveyed for prescription drug use from 2001 to 2010

1/5
One out of every five U.S. adults takes drugs to treat some type of mental health condition

22
Percent increase in the number of U.S. adults taking mental health drugs in 2010 compared to 2001

1/5
Proportion of women over the age of 20 who are prescribed antidepressants, like Zoloft and Lexapro

23
Percent of people in the “diabetes belt” states of Tennessee, Kentucky, Mississippi, and Alabama who are on at least one psychiatric drug, according to the AP