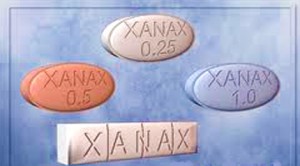 "It's so much easier to take people off heroin. I'd rather take 100 people off heroin than one person of Xanax because I know they'll have a year of withdrawal," says addiction specialist Dr. Jerry Callaway.

Also known as Alprazolam, it’s the 11th most prescribed drug in the United States, but you often don’t need a doctor to get it.

In addition to getting them at parties, he says he also would get prescriptions for hundreds of Xanax pills from doctors.

“All you have to do is walk into a doctor’s office and say you have anxiety, at least that’s what I did and it was written to me,” he says.

Nick says he knew he had to kick the drug when he took Xanax, blacked out while driving and seriously injured three people.

Doctors warn weaning off the drug has serious risks too.

“It’s so much easier to take people off heroin. I’d rather take 100 people off heroin than one person of Xanax because I know they’ll have a year of withdrawal,” says addiction specialist Dr. Jerry Callaway.

A spokeswoman for Pfizer, the manufacturer of Xanax says, “When prescribed and taken as indicated Xanax has a well established safety profile and is an important treatment option that has benefitted millions of patients.”

Between 2004 and 2008 the Centers for Disease Control reported an 89 percent increase in the number of emergency room visits nationwide related to the non-medical use of Xanax and other drugs in its class.

According to drug site which reviews the FDA’s adverse events data base, people using Xanax reported more than 11,000 adverse events between 2004 and march of this year.

Addiction experts also say you might be surprised whose abusing Xanax.

“It might be a stay-at-home mom or a working mom, and in an attempt deal with the overwhelm of that they go to the doctor, they talk to them about the anxiety, they talk about the overwhelm the doctor prescribes them Xanax and next thing you know now they’re addicted to it,” says treatment center director Lori Johnson.

The FDA does require a warning to patients that Xanax can become addictive, but there is a petition asking them to add a stronger and more visible safety alert.

Nick, who has now gone six months without Xanax, has a warning of his own for those considering experimenting with the drug.

“At all costs stay away from it. There’s nothing good about it, nothing good can come out of Xanax,” he says.