A scholarly tug of war over treating mental disorders boils down to one question: Do antidepressants work? 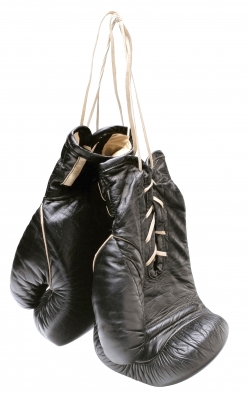 Item: Angell, quoting, among others, Tufts University psychiatrist Dr. Daniel Carlat, attacks the widely held belief that depression and other mental disorders result from chemical imbalances in the brain.

Item: Citing the research of British psychologist Irving Kirsch, Angell writes that some of the most widely used antidepressants, including Prozac, Paxil, Zoloft, Celexa, and Effexor, performed only marginally better than placebos in Food and Drug Administration tests, a “clinically meaningless’’ result.

Item: Angell uses a book by journalist Robert Whitaker to suggest that newly minted antipsychotic drugs may be causing “an epidemic of brain dysfunction.’’

A few days after Angell’s essay appeared, Kramer published a lengthy essay, “In Defense of Antidepressants’’ in The New York Times. His key point: “Antidepressants work – ordinarily well, on a par with other medications doctors prescribe.’’ Kramer attacked Kirsch’s analysis of FDA drug trials, allowing that they can be “quick’’ and “sloppy,’’ and adding that the kinds of people who present themselves for drug research studies “are likely to be an odd bunch.’’

More convincingly, Kramer cited drug companies’ “maintenance studies,’’ in which patients successfully taking antidepressants switched to dummy pills. “If the drugs are acting as placebos,’’ Kramer wrote, “switching should do nothing.’’ But the drugs significantly reduced the odds of relapse. “These results, rarely referenced in the antidepressant-as-placebo literature, hardly suggest that the usefulness of the drugs is all in patients’ heads,’’ Kramer concluded.

What prompted Kramer to defend antidepressants? “I had never really come out and said that antidepressants work in ordinary ways for ordinary diseases,’’ he said. “Doctors work with these tools all the time. It’s true that these medications are imperfect, and we would all like them to be better, but we’ve all seen them work. You would have to start from a really suspicious stance to think that the whole enterprise is corrupt.’’

In an interview, Angell replied: “In his article, Kramer says it’s well established that antidepressants work for chronic and recurrent mild depression, but where is the evidence for that? That screams out for a reference. Should we believe it just because he says that?

“You can’t base judgments on anecdotes from clinical experience, because that can be very misleading,’’ Angell said. “I have faith in the evidence – in rigorous, randomized, double blind controlled clinical trials, and that’s the only way we can get at the facts. Medical history is filled with storytelling, and it is often wrong.’’

Whose side am I on? I’m biased. If there were a religion that combined the non-loony elements of Christian Science, Scientology, and Episcopalianism – a tall order, I know – I would sign right up. Psychoactive drugs frighten me. I embrace my dysphoria, although I am sensitive enough to realize that this isn’t a life strategy that works for everyone.

Also, I read Angell’s brilliant, anti-lawyer, anti-journalist book-diatribe, “Science on Trial: The Clash of Medical Evidence and the Law in the Breast Implant Case,’’ and loved it. I read Kramer’s “Listening to Prozac’’ and had trouble finding the handle.

So I appealed to Dr. Steven Hyman, former director of the National Institute of Mental Health, now a visiting scholar at the Broad Institute, for a second opinion. Angell cites some of Hyman’s work – incorrectly, he says – in her NYRB article, so I figured he would have read both her essay, and Kramer’s.

He had. Hyman didn’t have much to say about Kramer’s Times essay, other than to remark that it seemed a little hurried. He had read Angell’s article closely, and was quite familiar with Kirsch’s “Prozac as placebo’’ theories, and with Angell’s low opinion of pharmaceutical companies. “I agree with her that the marketing practices of the big pharmaceutical companies have been awful,’’ Hyman said. “But it’s a leap to say that mental illness is a pharmaceutical company invention.’’ http://www.boston.com/lifestyle/articles/2011/07/26/do_antidepressants_work/

Note from CCHR to Dr. Steven Hyman:  You’re actually correct in stating “it’s a leap to say that mental illness” [as it has been falsely pawned off on the public as a biological/medical condition] is a “pharmaceutical company invention.”  You’re right. It’s not.   Drug companies can’t vote mental disorders into existence, categorize behaviors or emotions as “disease” and then without a shred of medical/scientific evidence to support them as such – repackage these behaviors as “illness” and pawn them off on as unsuspecting public as disease.  Only psychiatry can do that.  Pharma simply funds psychiatry’s mass marketing campaigns.   For more information click here: https://www.cchrint.org/psychiatric-disorders/