* See note at end of this post from CCHR

DETROIT, March 31 (UPI) — A Detroit woman accused of using a gun in a standoff with police when child welfare workers came to take her 13-year-old daughter was released, officials said.

Maryanne Godboldo, 56, had been in custody since surrendering to police Friday after a 10-hour standoff at her home during which she allegedly fired a shot at officers, The Detroit News reported.   Godboldo, released Wednesday, has said she was protecting the girl from unnecessary medication welfare workers insisted she be given. 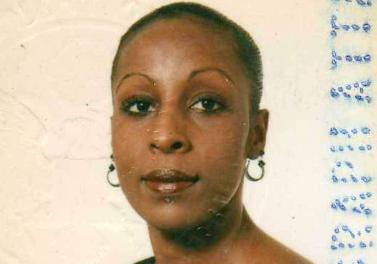 “I feel wonderful and I’m very excited to see my daughter,” Godboldo said after leaving the Wayne County Jail. “The support of the community has been unbelievable.”

Godboldo has said her daughter’s physical and mental problems were caused by a bad reaction to immunizations the formerly home-schooled teen was given so she could be enrolled last year in a regular middle school.

Lawyers and family say Godboldo’s dispute with authorities is over a subsequent treatment plan that called for psychotropic drugs the mother believed were doing more harm than good.

Police said Godboldo locked the doors of her home when child welfare workers showed up with a warrant to take her daughter and allegedly fired on officers when they broke open her door.

She has been charged with assault, resisting and opposing police and using a firearm in the commission of a felony.

*Note from CCHR: In 2004,  following nationwide reports of parents being coerced, pressured and forced to drug their children as a condition of attending school, including Child Protective Services threatening parents to have their children removed from their custody,  CCHR worked for the introduction and passage of the Prohibition on Mandatory Medication Amendment which passed into federal law in 2004 and states

“(a) IN GENERAL. — The State educational agency shall prohibit State and local educational personnel from requiring a child to obtain a prescription for substances covered by the Controlled Substances Act as a condition of attending school, receiving an evaluation under section 614 (a) and (c) or receiving services.

There are three things we want to point out related to this incident in Detroit :

1)   Was the mother charged with medical neglect by Child Protective Services and was it under this guise that they attempted to have her child removed from her custody?  (See point 3 regarding ‘medical neglect’ in cases of parents refusing to administer a psychiatric drug to a child)

2)  The law above [unfortunately] only states that it is illegal for schools to require parents to administer any drug covered under “The Controlled Substances Act” which are drugs classifed by the US DEA as Schedule ll drugs (highly addictive – including Ritalin, Concerta,  Cocaine, Morphine, Opium etc).   This needs to be changed to all psychotropic drugs particularly considering antipsychotics and antidepressants are documented by the FDA to cause suicidal ideation as well as death. No parent should ever be required to give their child a potentially lethal drug, or face losing their child to “Child Protective Services”. The language change was something that CCHR opposed as the original language of the bill included prohibiting schools from requiring a parent to give their child ANY psychotropic drug as a condition of attending school.

3) There needs to be a new federal law which prohibits any parent from being pressured, coerced and/or required by government agencies (especially Child Protective Services which has the power to have a child removed from a parent’s custody) to administer any type of psychiatric drug to their child,  considering there is no medical or scientific test to prove any child has a ‘mental illness.’  Therefore the bogus charges being levied at these parents of  “medical neglect” are completely unjustified—in fact, fraudulent.  Without evidence of a “medical condition”  (meaning something that can be medically proven by x-ray, lab test or brain scan) it is impossible to cite  “medical neglect” should a parent refuse to administer a potentially lethal drug to their child.   Psychiatric drugs given to children including stimulants, antidepressants and antipsychotics, are documented by international drug regulatory agencies to cause; heart attack, stroke, mania, psychosis, worsening depression, fatal blood clots, diabetes, death,  violence, suicidal ideation and more.