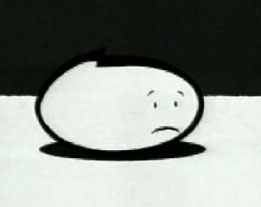 A warning: for people satisfied with their standard depression treatments, debunking myths about them may be troubling. However, for critically thinking depression sufferers who have not been helped by antidepressants, psychotherapy, or other standard treatments, discovering truths about these treatments can provide ideas about what may actually work for them.

Many depressed people report that antidepressants have been effective for them, but do antidepressants work any better than a sugar pill? Researcher Irving Kirsch (professor of psychology at the University of Hull in the United Kingdom as well as professor emeritus at the University of Connecticut and author of The Emperor’s New Drugs) has been trying to answer that question for a significant part of his career.

In 2002, Kirsch and his team at the University of Connecticut examined 47 depression treatment studies that had been sponsored by drug companies on the antidepressants Prozac, Paxil, Zoloft, Effexor, Celexa, and Serzone. Many of these studies had not been published, but all had been submitted to the Food and Drug Administration (FDA), so Kirsch used the Freedom of Information Act to gain access to all the data. He discovered that in the majority of the trials, antidepressants failed to outperform sugar pill placebos.

“All antidepressants,” Kirsch reported in 2010, “including the well-known SSRIs [selective serotonin reuptake inhibitors], had no clinically significant benefit over a placebo.” While in aggregate, antidepressants slightly edge out placebos, the difference is so unremarkable that Kirsch and others describe it as “clinically negligible.”

Why are so many doctors unaware of the lack of superiority of antidepressants as compared to placebos? The answer became clear in 2008 when researcher and physician Erick Turner (currently at the Department of Psychiatry and Center for Ethics in Health Care, Oregon Health and Science University) discovered that antidepressant studies with favorable outcomes were far more likely to be published than those with unfavorable outcomes. Analyzing published and unpublished antidepressant studies registered with the FDA between 1987-2004, Turner found that 37 of 38 studies having positive results were published; however, Turner reported, “Studies viewed by the FDA as having negative or questionable results were, with 3 exceptions, either not published (22 studies) or published in a way that, in our opinion, [falsely] conveyed a positive outcome (11 studies).”

In The Noonday Demon, the popular 2001 book about depression, writer and depression sufferer Andrew Solomon repeated the then urban legend that “more than 80 percent of depressed patients are responsive to medication.” Solomon accurately cites a journal article that states this statistic; however, following the “reference trail,” I discovered that the journal article that Solomon cited refers to a second article for evidence of this statistic, but this second journal article mentions nothing about 80 percent of depressed patients responding to some medication.

The National Institute of Mental Health (NIMH) was aware that there was no research to back up the assertion that 80 percent of depressed patients improve if they keep trying different medications, so NIMH funded “Sequential Treatment Alternatives to Relieve Depression” (STAR*D), the largest ever study of sequential depression treatments. STAR*D results were published in 2006.

In Step One of STAR*D, all depressed patients were given the antidepressant Celexa, and in Step Two, patients who failed to respond to Celexa were divided into different groups and received other treatments (mostly different drug treatments) in place of or in addition to Celexa. If their second treatment failed, there was a third and, if necessary, a fourth treatment step.

In every STAR*D treatment step, remission rates were either equal to or significantly lower than the customary placebo performance in other antidepressant studies, but to the exasperation of many scientists, there was no placebo control in this $35 million U.S. taxpayer funded STAR*D study. (STAR*D researchers disclosed receiving consulting and speaker fees from the pharmaceutical companies which manufacture the antidepressants studied in STAR*D.)

In March 2006, NIMH triumphantly announced that 50 percent of depressed people saw remission of symptoms after the first two STAR*D steps. However, NIMH failed to mention in its press release that in the same time it took to complete these first two steps—slightly over 6 months—previous research shows that depressed people receiving no treatment at all have a spontaneous remission rate of 50 percent.

In November 2006, following the completion of all four STAR*D steps, STAR*D authors claimed a 67 percent cumulative remission rate, which again exasperated many scientists because this number failed to incorporate STAR*D’s extremely high relapse and dropout rates. In an American Journal of Psychiatry editorial that accompanied STAR*D authors’ report, J. Craig Nelson, M.D, stated, “I found a cumulative sustained recovery rate of 43 percent after four treatments, using a method similar to the authors but taking relapse rates into account.” However, even 43 percent turns out to be an inflated rate.

Separate analyses of STAR*D in 2010 by psychologist Ed Pigott and medical reporter Robert Whitaker revealed that STAR*D researchers had inflated remission numbers by switching mid-study to a more lenient measurement, and also by including patients who were not depressed enough at baseline to meet study criteria. But even taking the STAR*D data as is, Pigott’s analysis revealed that less than 3 percent of the entire group of depressed patients who began the STAR*D study can be ascertained as having a sustained remission (i.e., actually participated in the final assessment without relapsing and/or dropping out).

Andrew Solomon in The Noonday Demon alsostates, “ECT seems to have some significant impact between 75 and 90 percent of the time. About half of those who have improved on ECT still feel good a year after treatment.” Is ECT really that effective?

In 2004, researcher Joan Prudic, M.D. and her team at New York State Psychiatric Institute conducted a major study of ECT, which involved 347 patients at seven hospitals. Reported were both the immediate outcomes and the outcomes over a 24-week follow-up period. With respect to immediate outcomes, Prudic reported: “In contrast to the 70 to 90 percent remission rates expected with ECT, remission rates, depending on criteria, were 30.3 to 46.7 percent.” Even worse for ECT advocates, Prudic noted that, “10 days after ECT, patients had lost 40 percent of the improvement.”

There are also studies comparing ECT with a placebo (called “sham ECT”). In sham ECT, patients receive muscle-relaxing and anesthetizing drugs that routinely accompany ECT, and they are hooked up to the ECT apparatus, but they receive no electric voltage. Psychiatrist Colin Ross reports, “No study has demonstrated a significant difference between real and placebo (sham) ECT at 1 month post-treatment.”

First, the good news about CBT. The only non-drug treatment examined in STAR*D was a form of cognitive therapy (which was not fully detailed by STAR*D authors and only administered in Step Two). Among those who failed Celexa in the first step, three groups in Step Two switched from Celexa to one of three antidepressants, and their remission rates ranged from 25 to 26.6 percent; but one group in Step Two switched from Celexa to cognitive therapy, and its remission rate was 41.9 percent. STAR*D researchers did not assess whether any differences in treatment effectiveness were statistically significant.

Another group in Step Two maintained Celexa and added cognitive therapy, and this “Celexa plus cognitive therapy” group’s remission rate was 29.4 percent, not as high as the group that received cognitive therapy without medication. This begs the question: Is it also a myth that “antidepressants plus psychotherapy” works better than either treatment alone? Research psychologist David Antonuccio at the University of Nevada School of Medicine reports, “Combined psychotherapy and drug treatment do not appear to be superior to therapy or drug treatment alone.”

What psychotherapy is best for depression? While Americans hear most about CBT, it turns out that CBT or some form of cognitive therapy is no more effective for depression than any of several other types of psychotherapy. In 2008, psychologists Pim Cuijpers and Annemicke van Straten at the University of Amsterdam reported on a meta-analysis of 53 studies, each of which compared two or more different types of psychotherapy for depression. Included were varieties of “cognitive-behavior therapy,” “psychodynamic therapy,” “behavioral activation therapy,” “social skills training,” “problem-solving therapy,” “interpersonal therapy,” and “nondirective supportive therapy.” The major finding? “No large differences in efficacy between major psychotherapies for mild to moderate depression.”

So, if psychotherapy technique is not all that important, what is? Psychologist Bruce Wampold at the University of Wisconsin reviewed the psychotherapy outcome literature, examining hundreds of studies and meta-analyses, for his book The Great Psychotherapy Debate. Wampold unequivocally states that outcome effectiveness does not depend on the specific techniques of psychotherapy but instead depends on so-called “non-specific” factors such as the nature of the alliance between therapist and their client, and clients’ confidence in the therapy and in their therapist. “Simply stated,” Wampold concludes, “the client must believe in the treatment or be led to believe in it.”

Myth 5: No Treatment for Depression Works

When assessing whether a specific treatment is effective, scientists are trained to rule out the effect of expectations. Researchers evaluate a depression treatment as effective if, in a controlled study, the treatment outcome is significantly better than a placebo. However, the reality of depression treatments is that expectations, faith, belief, and the placebo effect are—far and away—the most important reasons why anything works.

Read the rest of the article here: http://www.counterpunch.org/levine12032010.html