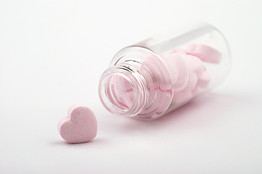 Drug companies have sure been trying to make you think so, says researcher and journalist Ray Moynihan in his new book, “Sex, Lies and Pharmaceuticals.” So far, though, their efforts to get anything approved by the FDA to treat hypoactive sexual desire disorder, to use industry lingo, have been for naught.

Most recently, Boehringer Ingelheim stopped the development of flibanserin, which was intended to boost sex drive in women and was originally studied as an antidepressant. An FDA advisory panel rejected the drug in June after the formal FDA review criticized data on the drug’s ability to increase libido. The German pharma company said the decision to cease development was “not made lightly,” and that it continues to believe in the benefits the drug “would have for women suffering with HSDD.”

“It’s quite significant that [Boehringer] abandoned that after so much hype,” Moynihan tells the Health Blog.

He and his co-author Barbara Mintzes argue in their book that HSDD is largely a creation of the pharma industry. They write that 1990s research claiming that about 43% of women suffer from the disorder sprang from a questionnaire that grouped all sexual desire issues together, without regard to severity, frequency or whether the source was emotional or physical.

Read the rest of the article here: http://blogs.wsj.com/health/2010/10/13/author-of-sex-lies-and-pharmaceuticals-criticizes-hypoactive-sexual-desire-disorder/