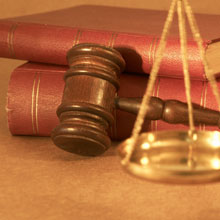 AstraZeneca has agreed to settle Seroquel lawsuits filed by about 200 people who claim that the drug maker failed to adequately warn about the risk of diabetes and other side effects of their antipsychotic drug. The Seroquel settlements are reportedly the first payments AstraZeneca has made out of an estimated 26,000 claims that have been presented against the company.

Bloomberg News reports that AstraZeneca has agreed to pay $2 million as a settlement for the Seroquel lawsuits, which comes out to an average of about $10,000 per claim. It is not clear what injuries were involved in these claims, or what the circumstances are for the cases. All of the settled lawsuits involved plaintiffs represented by one attorney, and Bloomberg News reports that the agreement came as a result of court-ordered mediation.

Although AstraZeneca has previously indicated that they would fight all Seroquel cases at trial, company officials now indicate that they will continue to negotiate with plaintiffs’ attorneys.

Seroquel (quetiapine fumarate) is an atypical-antipsychotic that is a top selling drug for AstraZeneca, generating nearly $5 billion a year in sales. Originally approved by the FDA in 1997 for the treatment of schizophrenia, it has been frequently prescribed off-label for uses that were not approved as safe and effective at the time, such as anxiety, obsessive dementia, compulsive disorders and autism.

In July 2006, all Seroquel lawsuits filed in federal courts throughout the United States were consolidated for pretrial litigation before U.S. District Judge Anne Conway in the Middle District of Florida as part of a multidistrict litigation (MDL). In May of this year, Judge Conway determined that the majority of the work in the Seroquel litigation was complete, and began remanding cases back to the original jurisdiction where they were filed for trial.