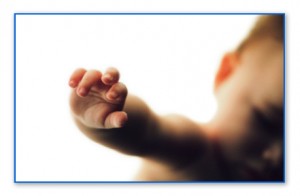 A new study, published in the American Journal of Psychiatry and headed by psychiatrist John H. Gilmore, professor of psychiatry and Director of the UNC Schizophrenia Research, claims to be able to detect “brain abnormalities associated with schizophrenia risk”  in infants just a few weeks old.   We would like to point out the obvious flaw in this bogus study; there is no medical/scientific test in existence that schizophrenia is a physical disease or  brain abnormality to start with.  There is not one chemical imbalance test, X-ray, MRI or any other test for schizophrenia, not one.   So with no evidence of medical abnormality to start with, the “associated with schizophrenia risk” amounts to what George Orwell called Doublespeak (language that deliberately disguises, distorts, misleads)—it means nothing.

For decades, psychiatrists and Pharma have spouted lines to the press and public amounting to, “researchers now believe” they have medical evidence of schizophrenia as a physical/biological abnormality, or “new evidence suggests” evidence of schizophrenia as a real disease.   But despite millions of dollars in research funds and countless tales of “belief” —no evidence to support the theory.  One of the most common tricks employed by the Psycho/Pharmaceutical industry to mislead the public, legislators and the press, is to take X-rays or brain images of people who have been long-term users of antipsychotic drugs (known to cause brain atrophy/shrinkage) and then claim people with schizophrenia have smaller brains.   They’ve spouted similar studies on kids with ADHD having smaller brains, but the bottom line to that study was that the kids with smaller brains, were…smaller kids. These are just a few of the many PR spins employed by Psycho/Pharma to try and maintain the “belief” in psychiatry, in their credibility as a science.   As evidenced by the recent statement of psychiatrist Allen Frances, former DSM- IV Task Force Chairman, this belief is falling apart even within their own ranks, “There are no objective tests in psychiatry-no X-ray, laboratory, or exam finding that says definitively that someone does or does not have a mental disorder.” —Allen Frances (And Frances isn’t the only psychiatrist exposing the fraud of the biological brain disease model; click here for more.)

The logical question the press should be asking is what are the American Journal of Psychiatry and “the Director of UNC Schizophrenic Research” really after?  What is their goal?

As we have exposed in the article “Australian Psychiatrist Patrick McGorry Wants His Pre-Drugging Agenda to Go Global” there is a concerted push being headed by Australian psychiatrist Patrick McGorry and other pharmaceutically funded psychiatrists for the global implementation of a new mental health paradigm; preventative mental health, i.e., pre-diagnosing (diagnosing children before they develop a “mental disorder”) and pre-drugging children ( before they show “signs” of the mental disorder).   There is an obvious push for the same pre-diagnosing and pre-drugging agenda with this latest study, which claims ”major cases of schizophrenia are usually not diagnosed until a person begins witnessing its related symptoms like delusions and hallucinations as a teenager or adult . However, by that time, the disease [notice the term disease despite no medical evidence of disease] crosses the stage of preliminary treatment and is difficult to treat.”   In other words, if we wait to administer drugs to them it may be too late.  That along with Gilmore’s statement,  “It allows us to start thinking about how we can identify kids at risk for schizophrenia very early and whether there are things that we can do very early on to lessen the risk.” This is the pre-diagnosing, pre-drugging agenda being pushed and the new “preventative” model of mental health that is more akin to a Brave New World than anything previously witnessed.  And this latest “study” tells us infants are also on the agenda.

And finally,  to psychiatrist and lead study author John H. Gilmore, we think you should take a lesson from the former National Institute of Mental Health (NIMH) Chief of the Center for Studies in Schizophrenia, the late Loren R. Mosher, M.D. who stated in his letter of resignation to the American Psychiatric Association, “The fact that there is no evidence confirming the brain disease attribution is, at this point, irrelevant.  What we are dealing with here is fashion, politics and money. This level of intellectual/scientific dishonesty is just too egregious for me to continue to support my membership…After nearly three decades as a member it is with a mixture of pleasure and disappointment that I submit this letter of resignation from the American Psychiatric Association. The major reason for this is my belief I am actually resigning from the American Psychopharmacological Association.  Luckily, the organization’s true identify requires no change in the acronym…”

To read more from Loren Mosher, including his two-year outcome study treating patients diagnosed “schizophrenic” without the use of drugs, his vehement stance against the biological psychiatric model of “disease” and more,  click here.