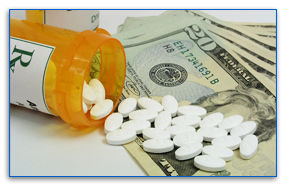 One of the most dangerous combinations I’m aware of is one institution that has become more and more creative, yet less and less scientific (psychiatry), combined with one of the most profitable, yet corrupt industries in the entire world (PhRMA). They both have one common goal, amassing wealth and influence. But unfortunately, it’s at your expense, and possibly worst of all, even that of our innocent children!  Unfortunately, they seldom have any say in the matter – the worst kind of child abuse!

I assume that at least many of you are likely familiar with both organizations I’m referring to. One is a group of psychiatrists, for example, who were responsible for creating the Diagnostic and Statistical Manual of Mental Disorders (DSM) with its 374 different mental conditions, and the other is a group responsible for promoting the use of mind-altering drugs for a fee. Internally, the pharmaceutical companies often refer to them as prostitutes, as they are fully aware they’re always for sale for a price. The drug manufacturers first create an illusion – miracle drugs we somehow can’t do without. They then hire some psychiatrist with a fancy title (and no ethics), preferably also associated with a prominent institution, in an attempt to validate any deceptive claims they might choose to make.

Dr. Joseph Biederman, with Harvard University, is a prime example. He is, what I would consider, an egotistical poster boy for both corruption and greed. He is highly paid for his services, an issue that Senator Grassley recently insisted that he account for. Incidentally, Harvard University recently actually received an “F” grade, by their medical students, due to the excessive influence of pharmaceutical companies on their curriculum.

For some unknown reason, Dr. Biederman appears to have a high regard for what he considers as accomplishments. He has been instrumental in perpetrating the total fraud that millions of our innocent children should somehow be placed on dangerous mind-altering drugs, for their best interest, of course. It’s about time that someone finally exposed Dr. Biederman for what he truly is – a total fraud, with absolutely no ethics!

Stricter Guidelines For Prescribing Medications Should Be Established & Enforced!

To prove my point, in her book Prozac – Panacea or Pandora? Dr. Ann Blake Tracy shares the experiences of many of her patients while they were taking Prozac (before she got them off). Following are just three examples:

Any drug with that kind of potential, capable of dramatically altering a person’s perceptions, and especially their behavior, is outright scary! Yet, the FDA somehow concluded that Prozac is somehow perfectly safe for our children! What do you think?

Dr. David W. Tanton graduated with honors from Clayton College of Natural Healing with a Ph.D. in Holistic Nutrition, and is the research director of the Soaring Heights Longevity Research Center. He feels that maintaining optimum health can only be achieved by avoiding prescription and over-the-counter medications. Dr. Tanton believes that by combining ancient wisdom along with the latest technology, we now have the potential to become not only disease-free, but literally turn back our biological clock.