The $1 billion “would be worse than many people are expecting,” said Navid Malik, an analyst at Matrix Corporate Capital in London. “Paxil’s been different from most drugs,” said Harris Pogust, a lawyer from Conshohocken, Pennsylvania, who is handling suicide and withdrawal cases. “You’ve had three major personal injury litigations over one drug — the suicide, the birth defect and the withdrawal cases. To have three significant problems with one drug is really unusual.”

Prescriptions for psychiatric drugs increased 50 percent with children in the US, and 73 percent among adults, from 1996 to 2006, according to a study in the May/June 2009 issue of the journal Health Affairs. The CIA “World Factbook” estimate the world population to be about 6.8 billion and the US population to be a mere 307 million. In an April 2008 report, the market research firm Datamonitor reported that the “US dominates the ADHD market with a 94 percent market share.”

Implicit to the drug companies’ messianic promises of health, happiness and economic productivity is a spurious parable of linear scientific progress: in spite of consistently inconclusive clinical trials, new psychotropic drugs are regularly marketed as improvements on old ones, ever more specific in their targeting of neurotransmitters, ever less productive of pernicious side effects.

Where once drugs were seen as poisons to be used judiciously and with caution, they are now treated as fertilisers whose more or less indiscriminate use can only do good. Where once farmers knew to keep their cattle out of fields growing the serotonin reuptake inhibiting weed, St John’s Wort, as it caused miscarriages, under industry influence women have been herded by doctors in exactly the opposite direction. 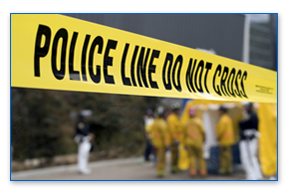 There is a direct correlation with the increase of antidepressant drug use and the rise in extreme, senseless violent acts. There are experts who have been trying to bring this to the attention of physicians, the FDA, and the public for more than a decade. Depression is not the problem. The drugs are the problem.