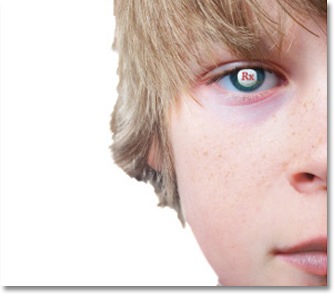 Imagine if the beloved young characters in Mark Twain’s classic, “The Adventures of Tom Sawyer,” lived today. Based on current psychiatric criteria, Tom and Huck could be designated mentally ill and prescribed mind-altering drugs. Quiet, listless and numb, their legendary adventures would be over.

Describing a day in school, Twain wrote: “The harder Tom tried to fasten his mind on his book, the more his ideas wandered.” His “heart ached to be free, or else to have something of interest to do to pass the dreary time.” That’s a text book so-called symptom of ADHD (attention deficit hyperactivity disorder). A teacher today could refer him to a psychiatrist who would dope him with stimulants. Yet like any typical boy, Tom had no trouble focusing attention on something he found interesting – like finding a hidden treasure.

Tom’s friend Huckleberry might fare worse. An avowed non-conformist, a psychiatric checklist could tag him with ODD – oppositional defiant disorder. And having run away from an abusive father, Huck would land in the hands of Child Protective Services who would sedate him on psychoactive drugs subsidized by government funds.

Although no brain scan, blood test or x-ray had been done, the psych doctors would claim the boys’ mental illness stemmed from a neurobiological disorder involving chemical imbalances in the brain, probably hereditary.

A highly effective public relations technique is the “third party technique” of creating front groups to endorse or promote the need of any service or product. The first party is the original group or client that would benefit more from increased public trust or affinity. The second group is the public or consumers. A third group is created with a contrived name to appear publicly as a disinterested party endorsing the industry of the first party.

Often, the third party, or front group, uses a name that implies authority or concern for the public’s welfare or concerns. You can be sure these bogus front groups are usually only concerned about their clients welfare and themselves.

As a main component of the Psychopharmaceutical Industrial Complex, the so-called “patient advocacy” organizations have become the leading force behind the American epidemic of mental illness over the past two decades. Drug makers, and their foundations, funnel millions of dollars to these non-profits every year. In return, the leaders recruit their members as foot soldiers to carry out the latest marketing campaigns and to provide a fire-wall so that no money trail can be tracked back to the drug companies.

The majority of the public may or may not be familiar with these so-called mental health advocacy organizations, such as the National Alliance on Mental Illness (NAMI), Children and Adults with Attention Deficit Hyperactivity Disorder (CHADD) or the myriad of bipolar, depression or ADHD “support groups” that are inundating the internet. But they need to be.