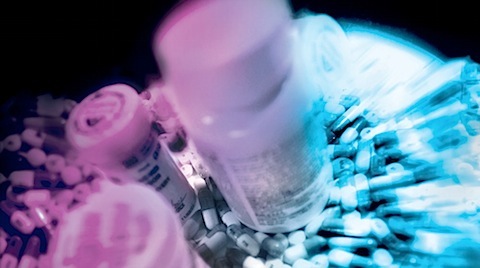 A serious conversation is under way in the United States on the subject of psychiatric drugs. The debate consists of three fundamental issues: first, whether antidepressants actually treat depression; second, the vast, growing body of evidence that psychotropic medications alter the brain permanently; and third, the pharmaceutical industry’s continuing, decades-old corruption of American psychiatrists, many of whom have been made by drug companies’ shenanigans into little more than handsomely paid industry shills.

U.K. pharmaceutical firms GlaxoSmithKline PLC and AstraZeneca PLC are facing a corruption investigation in the U.S. over claims that the hospitality lavished on those who prescribe their treatments could constitute bribery, The Independent newspaper in London reported Saturday, without citing sources.

The US Department of Justice is scrutinising payments by leading pharmaceuticals companies for hospitality, consultants, licensing agreements and charitable donations in markets around the world as part of a wide-ranging corruption probe. GlaxoSmithKline, Pfizer, Bristol-Myers Squibb and Eli Lilly, among others, have disclosed being contacted by the DoJ and Securities and Exchange Commission in connection with the investigation.