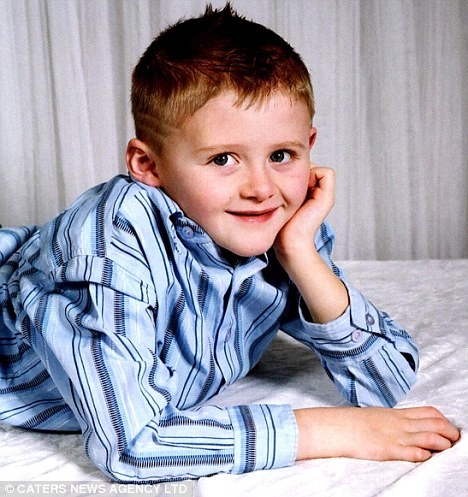 Captured in a family video, Harry Hucknall gives a cheeky grin before whizzing off down the street on his new bike. His father, Darren, will never forget the moment — when Harry was seven — and often watches the scene again and again.

It is a precious memory of Harry who, one Sunday evening in September last year, kissed his mother Jane and older brother, David, goodnight before going upstairs to his bedroom and locking the door. He then hanged himself with a belt from his bunk bed.

He was ten years old.

His father blames Harry’s death on two ‘mind-altering’ drugs that his son had been prescribed by a psychiatrist to cure his boisterous behaviour and low spirits.

“ADHD, it’s just a couple of symptoms — it’s not a disease,” the Dutch researcher tells All Things Considered weekend host Guy Raz. The way we think about — and treat — these behaviors is wrong, Pelsser says. “There is a paradigm shift needed. If a child is diagnosed ADHD, we should say, ‘OK, we have got those symptoms, now let’s start looking for a cause.’ ”

According to Pelsser, 64 percent of children diagnosed with ADHD are actually experiencing a hypersensitivity to food. Researchers determined that by starting kids on a very elaborate diet, then restricting it over a few weeks’ time.

The most glaring omission in this study is whether the children who were having sleep problems, and who were all under psychiatric “care”, were being prescribed psychostimulants (Ritalin, Adderall, Concerta) in the first place. These drugs are in the same category of highly addictive substances as cocaine according to the U.S. Drug Enforcement Administration. That would account for the children’s inability to sleep. And instead of referring to this condition as “sleep disorder” a term which enables psychiatrists to prescribe even more drugs, we should demand to know what drugs psychiatrists had prescribed these children that stripped them of one of the most vital natural functions every child needs—sleep.

Ken Kramer, a researcher with the Citizens Commission on Human Rights of Florida, says the numbers underestimate the extent of the problem, because medical examiners do not track deaths attributed to antipsychotic drugs or to antidepressants, both of which carry black-box or black-label warnings. The warnings on antidepressants, required by the Food and Drug Administration, state that the drugs increase the risk of suicidal thinking and behavior in children, adolescents and young adults up to age 24. (Antidepressants include Paxil, Prozac, Zoloft, Effexor, Lexapro and Celexa.)

One in five high school students in the United States has taken a prescription medication that was not prescribed for them, a new survey shows. Conducted by the U.S. Centers for Disease Control and Prevention, the survey covers a variety of risky behaviors among American youth.