Military death records obtained by Military Times show that at least 68 accidental drug deaths in 2009, up from 24 in 2001. In total, at least 430 troops have died from drug use — or, in a small number of cases, alcohol use — in the past decade. 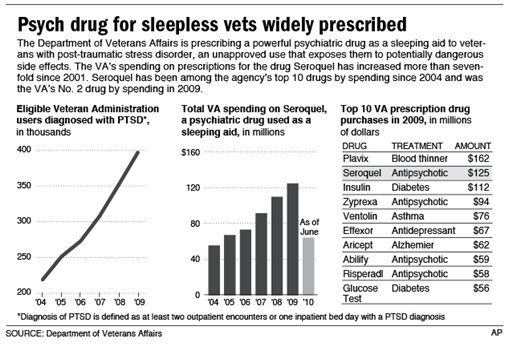 Andrew White returned from a nine-month tour in Iraq beset with signs of post-traumatic stress disorder: insomnia, nightmares, constant restlessness. Doctors tried to ease his symptoms using three psychiatric drugs, including a potent anti-psychotic called Seroquel. Thousands of soldiers suffering from PTSD have received the same medication over the last nine years, helping to make Seroquel one of the Veteran Affairs Department’s top drug expenditures and the No. 5 best-selling drug in the nation. 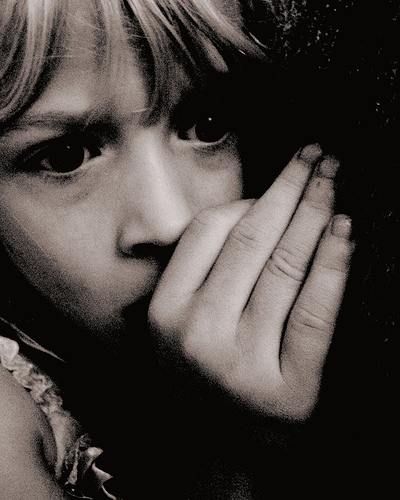 The NYT Sunday magazine crowned Dr. Joan Luby as the queen of preschool depression this weekend, but failed to mention that Luby has taken cash from Johnson & Johnson (JNJ), Shire (SHPGY) and AstraZeneca (AZN) to study using atypical antipsychotics in young children. The article is significant because of the outsize role that the Times magazine plays in creating and naming new social trends.