AstraZeneca Pharmaceuticals LP will pay Washington state nearly $10 million for improperly marketing Seroquel, a drug used to treat schizophrenia and manic depression. Federal and state officials say that AstraZeneca illegally paid for doctors to attend meetings at resorts, where those doctors would “advise” the drug maker about marketing messages for unapproved uses.

By the mid-to-late-1960s, however, schizophrenia was a diagnosis disproportionately applied to the hospital’s growing population of African-American men from urban Detroit. Perhaps the most shocking evidence I uncovered was that hospital charts “diagnosed” these African American men in part because of their symptoms, but also because of their connections to the civil rights movement. Many of the men were sent to Ionia after convictions for crimes that ranged from armed robbery to participation in civil-rights protests, to property destruction during periods of civil unrest, such as the Detroit riots of 1968. Charts stressed how hallucinations and delusions rendered these men as threats, not only to other patients, but also to clinicians, ward attendants, and to society itself.

He who pays the piper calls the tune, and to a quite extraordinary extent, drug money has come to dominate psychiatry. It underwrites psychiatric journals and psychiatric conferences (where the omnipresence of pharmaceutical loot startles the naive outsider). It makes psychiatric careers, and many of those whose careers it fosters become shills for their paymasters, zealously promoting lucrative off-label uses for drugs whose initial approval for prescription was awarded on quite other grounds.

Patrick McGorry claims that early intervention for psychosis has much better outcomes in terms of return to work and quality of life, but his own data in a Schizophrenia Bulletin paper last year show no significant differences. 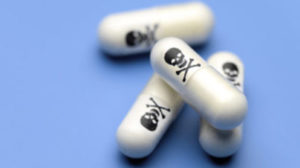 Since his appointment as Australian of the Year, Professor Patrick McGorry has established a prominent profile in the media, calling for major mental health reform. It is clear that many people, including the Federal Government, are listening to him…. Under McGorry’s proposed reform, large numbers of “false positives” – young Australians – would be caught by the wide early intervention net and exposed to serious risks from drugs that have not been proven to be effective.