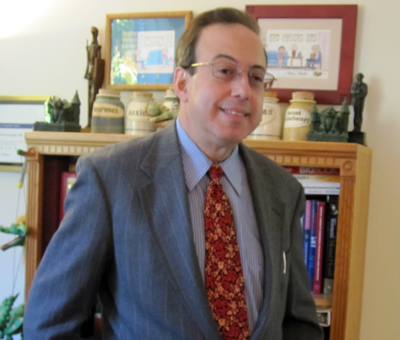 For more than 20 years, psychiatrist Richard Schloss has been treating Long Island patients with schizophrenia, bipolar disorder and social phobias. But he has another job. Pfizer has paid him thousands of dollars to tell other psychiatrists about a drug the company sells, an anti-psychotic medication called Geodon.

In all his years of speaking for Pfizer, the company’s never asked Schloss (right) about an embarrassing stain on his state record. In 2001, the New York State Health Department suspended Schloss and then put him on probation for five years for helping supply Vicodin for a year and a half to six patients who were drug addicts.

A long-term outcome study of schizophrenic patients who were treated with and without psychiatric drugs was published in 2007 in the Journal of Nervous and Mental Disorders. Funded by the National Institute of Mental Health, research psychologist Martin Harrow, at the University of Illinois College of Medicine, discovered that after 4.5 years, 39 percent of the non-medicated group were “in recovery” and 60 percent had jobs. In contrast, during that same time period, the condition of the medicated patients worsened, with only six percent in recovery and few holding jobs. At the fifteen-year follow-up, among the non-drug group, only 28 percent suffered from any psychotic symptoms; in contrast, among the medicated group, 64 were actively psychotic. 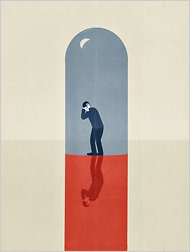 “Fifty years ago, we were tying kids up with leather straps, but now that offends people, so instead we drug them,” says Robert Jacobs, a former Florida psychologist and lawyer who now practices psychology in Australia. “We cover it up with some justification that there is some medical reason, which there is not.”

Remember not so long ago when Prozac became the world’s largest selling medication of any kind, and then for years how Prozac, Paxil and Zoloft took over many of the top 10 spots? Remember the explanations at the time–that they were wonder drugs and that 15-50 percent or more of Americans would need them some time in their lives? To many people this seemed like a scientific breakthrough when in reality it was … a triumph of marketing.