The widespread use of antidepressants by soldiers could be contributing to the Army’s escalating suicide rate (“Leaders criticized in Army suicides,” News, Friday). Antidepressants can increase the risk of suicide or suicidal behavior in certain population groups.

Andrew Tighman, writing in the Marine Corps Times, recently described the investigation of Fred A. Baughman Jr., M.D. into the deaths of military personnel taking multiple psychotropic medications. Baughman was alerted to a series of soldier deaths upon reading a May 2008 article in the Charleston [WV] Gazette titled “Vets Taking Post Traumatic Stress Disorder Drugs Die in Sleep.” Baughman, a retired neurologist known previously for his criticism of medication treatments of ADHD and other mental health disorders, suspected that the reported cases could be part of a much larger problem.

Fred A. Baughman Jr., MD today announced the results of his research into the “series” of veterans’ deaths acknowledged by the Surgeon General of the Army. Upon reading the May 24, 2008, Charleston (WV) Gazette article “Vets Taking Post Traumatic Stress Disorder Drugs Die in Sleep,” Baughman began to investigate why these reported deaths were “different.” And, why they were likely, the “tip of an iceberg.”

One in six service members is now taking at least one psychiatric drug, according to the Navy Times, with many soldiers taking “drug cocktail” combinations. Soldiers and military healthcare providers told the Military Times that psychiatric drugs are “being prescribed, consumed, shared and traded in combat zones.” 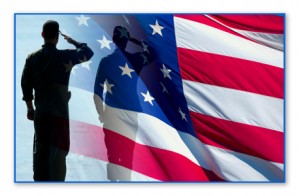 Chad was a Marine Scout Sniper who served two tours in Iraq. Upon being honorably discharged as a Sgt. in 2007, he summoned the courage to ask for help in dealing with the images and emotions that gnawed on him from being dropped into combat.