Reviews published in the two most recent issues of the New York Review of Books (NYRB), taking the psychiatric profession to task for the shameful influence of the pharmaceutical industry, demonstrate the potentially destructive impulse of the profit motive.

Psychiatry has almost dropped its original reliance on therapy in favor of pills, despite evidence that therapy or, surprisingly, exercise are usually just as effective for depression as the new prescription drugs. There is more money in prescribing pills. Diagnosis of mental illness has expanded dramatically so that, as the review author ironically reports, “It looks though it will be harder and harder to be normal.” 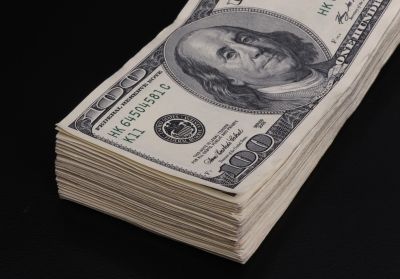 California has joined a whistleblower lawsuit that claims Bristol-Myers Squibb Co. bribed doctors to prescribe its drugs, costing insurers perhaps millions of dollars in the largest alleged health care fraud case ever handled by the state, Insurance Commissioner Dave Jones announced Friday. The suit claims company salespeople plied physicians with speaking fees, expensive meals, gifts and trips to induce or reward them for prescribing large amounts of its drugs, which were billed to private insurers.

For example, the company invited doctors to attend Los Angeles Lakers games at Staples Center and spent thousands of dollars on luxury suites, the suit claimed.
“Golf outings, basketball camps, samba lessons, you name it,” Jones said at a news conference. The lawsuit said the aim was to boost prescription levels for legally approved and so-called “off-label” uses of drugs ranging from the antipsychotic Abilify to the blood thinner Plavix.

The Diagnostic and Statistical Manual, whose updated fifth edition will include a range of new diagnoses, is a mythology, not a scientific text. It is created by American psychiatrists who meet in groups to consider whether or not a certain diagnosis should be included in the DSM. These groups meet a number of times so that they can say that their agreement about a certain diagnosis is reliable. Thus they could reliably agree that there is a mental disorder called Guardian Readers’ Personality Disorder with the symptoms of a need to read this paper regularly, an overvaluation of the Guardian, and so on. Who knows, it might already be in the most recent version of the DSM.