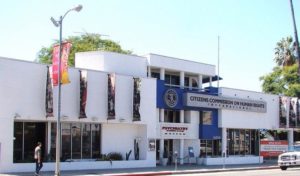 Located inside the international headquarters of the Citizens Commission on Human Rights, is the Psychiatry: An Industry of Death Museum. Opened in December 2005, the state-of-the-art museum is dedicated to exposing an industry that consistently puts profit above patients’ lives. The entirely self-guided tour of the Museum includes mini-documentaries featuring more than 150 healthcare professionals, attorneys, professors, and human rights advocates. 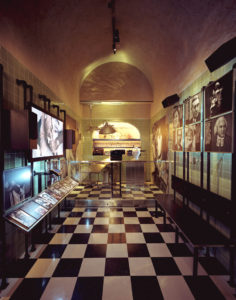 100,000 Americans are still electroshocked each year.

The multi-media tour includes artifacts and displays of psychiatry’s most harmful treatments and is the definitive resource on historical and contemporary psychiatric theories and practices. The museum aims not only to educate and inform, but to bring practical guidance for lawmakers, doctors, human rights advocates, and private citizens to take action in their own sphere, and thereby eliminate psychiatric abuses committed under the guise of mental health.

According to IQVia, the leading source of all U.S. prescribing data, 76,940,157 Americans are currently being prescribed psychiatric drugs. That’s 1 out of every four people. This number includes 6,155,852 children and adolescents, of which 418,425 are between the ages of 0-5 years old. Moreover, an estimated 100,000 U.S. citizens are given electroshock every year in the United States, including pregnant women, the elderly, and children.

Given these statistics, it is clear that everyone knows someone who has been affected by the psychiatric industry, but too few are aware of the rampant abuse perpetrated under the guise of mental health “treatment.” Thousands of people tour the museum each month, including students, doctors, human rights advocates, and healthcare professionals.

The museum is free to the public and is open 6 days a week.