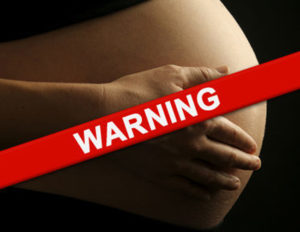 There have been 18 drug regulatory agency warnings from eight countries (United States, United Kingdom, Ireland, Canada, Australia, New Zealand, Denamrk and Germany), showing how antidepressants have been tied to birth defects, listed below:

New Zealand, December 2012: New Zealand’s MedSafe said that data from a recent epidemiological study showed a possible increased risk of congenital heart defects after exposure to bupropion (Zyban) in the first trimester of pregnancy. All women who are pregnant or planning to become pregnant should be informed of this potential risk associated with bupropion treatment. Source: “Bupropion (Zyban): Association with Congenital Malformations?” MedSafe, December 2012, http://www.medsafe.govt.nz/profs/PUArticles/Dec2012Zyban.htm.

New Zealand, September 01, 2010: MedSafe (NZ) issued information in their Prescriber Update publication about the use of antidepressants during pregnancy. The Medicines Adverse Reactions Committee (after reviewing studies on two types of antidepressants – SSRIs and SNRIs) concluded that there is a small increased risk of heart birth defects associated with fluoxetine (Prozac), similar to that seen with Paroxetine (Paxil). Also, there is a possibility of this increased risk for all SSRIs or SNRIs antidepressants (not just Paxil and Prozac). In addition to the risk of birth defects, SSRIs and SNRIs antidepressants have been associated with an increase in risk of pre-term birth, persistent pulmonary hypertension (little or no blood flow enters into an infants lungs after birth) and newborn withdrawal symptoms.  Source: “The use of antidepressants in pregnancy,” Prescriber Update, MedSafe, Vol. 31, No. 3, Sept. 2010.

United Kingdom, May 01, 2010: The UK’s Medicines and Healthcare products Regulatory Agency issued a warning about the use of SSRIs (selective serotonin reuptake inhibitor) antidepressants in pregnancy, particularly in the later stages, may increase the risk of persistent pulmonary hypertension, where there is a defect in the newborns arteries causing little or no blood flow to enter the lungs after birth.  Source: “SSRIs and SNRIs: risk of persistent pulmonary hypertension in the newborn,” Drug Safety Updates, Medicines and Healthcare products Regulatory Agency, Vol. 3, Iss. 10, May 2010, p. 2.

United Kingdom, March 2010: The UK’s Medicines and Healthcare products Regulatory Agency (MHRA) published in their Drug Safety Update a warning that there was an increased risk of heart birth defects with the use of the antidepressant fluoxetine (Prozac) in the first three months of pregnancy, similar to that seen with paroxetine.  Source: “Fluoxetine: possible small risk of congenital cardiac defects,” Drug Safety Updates, Medicines and Healthcare products Regulatory Agency, Vol. 3, Iss. 8, March 2010.

Ireland, March 2010: The Irish Medicines Board published in there Drug Safety Newsletter, a report warning about the increased risk of heart birth defects and the use of fluoxetine (Prozac) in the first three months of pregnancy. This was based on the European Medicines Agency analysis of the subject, which included nine studies. They found that the risk of having a baby born with a cardiovascular birth defect following the use of fluoxetine during the first trimester is slightly increased.  Source: “Fluoxetine and risk of cardiovascular birth defects,” Drug Safety, Irish Medicines Board, Iss. 36, March 2010.

United States, July 19, 2006: The FDA warned of the risk of a fatal lung condition in newborns whose mothers took newer antidepressants during pregnancy. The agency added it was seeking more information about persistent pulmonary hypertension (a heart and lung disorder) in newborns from the drugs. It asked drug makers to list the potential risk on their drug labels.  Source: Susan Heavey, “U.S. FDA warns of new antidepressant risks,” Reuters, July 19, 2006.

Germany, May 08, 2006: The German Drug Regulatory Agency (BfArM) issued risk information on the newer antidepressant Paroxetine (Paxil), that it increased the risk of cardiac malformation in newborns when the mother took Paroxetine during her pregnancy. All German drug manufacturers producing Paroxetine drugs were ordered to implement the warning and safety notes on their drug information leaflets.  Source: “Questions and answers on Paroxetine,” Risk information of the BfArM, May 8, 2006.

Canada, December 16, 2005: Health Canada issued Important Safety Information on Paxil, publishing GlaxoSmithKline’s letter to healthcare professionals about a Swedish study that had found heart malformations in newborns of mothers taking Paxil during their first trimester. “Due to the potential for discontinuation symptoms, doctors should inform patients that the drug should not be stopped without first discussing it with their doctor,” the letter further states.  Source: “New Safety Information Regarding Paroxetine: Second Large Study Shows an Increased Risk of Cardiac Defects, Over Other Antidepressants, Following First Trimester Exposure to Paroxetine” Health Canada, December 16, 2005.

United States, December 08, 2005: The FDA issued a Public Health Advisory that warned physicians about the potential risk to the fetus if they prescribed Paxil to pregnant women in their first trimester. The drug may cause birth defects, including heart malformations.  Source: “FDA Public Health Advisory Paroxetine” Food and Drug Administration (FDA), December 8, 2005.

Canada, September 29, 2005: GlaxoSmithKline, after discussions with Health Canada, issued a letter to healthcare professionals advising of a change to their prescribing information stating that Paxil is associated with an increase of congenital malformations when used by pregnant women.  Source: “Important Prescribing Information,” GlaxoSmithKline, September 2005.

United States, September 27, 2005: The FDA and GlaxoSmithKline issued a warning that showed a recent study the drug company conducted on 3,581 pregnant women taking Paxil or other antidepressants during their first trimester of pregnancy.  They found an increased risk of major congenital [defect at birth] and cardiovascular [heart] malformations at birth for those mothers taking Paxil. The most common defect was malformations between the heart’s two main pumping chambers. Paxil’s website also said, “Babies born to mothers who have taken antidepressants, including newer ones such as Paxil, in the third trimester of pregnancy have reported complications, including difficulties with breathing, turning blue, seizures, changing body temperature, feeding problems, vomiting, low blood sugar, floppiness, stiffness, shakiness, irritability or constant crying…There have also been reports of premature births in pregnant women exposed to SSRIs [newer antidepressants], including Paxil.”  Source: Miranda Hitti, “New Study Links Paxil to Twice as Many Birth Defects as Other Antidepressants” WebMD, September 27, 2005.

Australia, September 07, 2005: The Australian Therapeutics Goods Administration issued an information sheet to health professionals warning that use of newer antidepressants-especially Paxil-in early pregnancy could cause congenital heart abnormalities in newborns. It reported that Danish researchers had determined an association in the first trimester of pregnancy.  Source: “General information concerning use of SSRI antidepressants in pregnant women” Australian Government, Department of Health and Aging, September 7, 2005.

< Back to Antidepressants and Birth Defects