“I want these troops and our Veterans to know that there are people that do care. And I want them to know that we are continuing to say the truth regarding these drugs and to say it needs to stop. They need to be treated appropriately. And they need to be treated as human beings, no experimentation, and no abuse that has gone on from the psychiatric community in this fashion. I want to see them given the respect that they deserve and they deserve it so very much.” – Joyce Riley, Registered Nurse, Former U.S. Air Force Captain 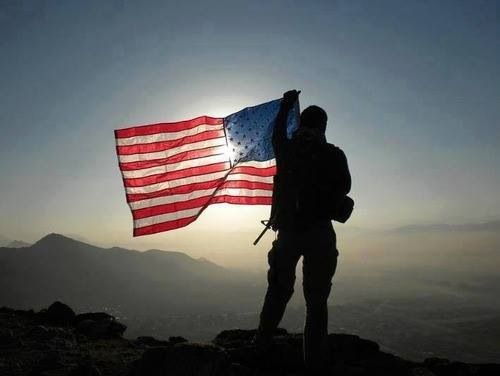 Today thirty-seven percent of war veterans are being treated for PTSD, with 80 percent of those being “treated” with at least one psychiatric drug. The extent of the increased diagnosing and drugging is reflected in the mental health budgets of the Department of Defense and the Veterans Administration, which collectively have reached nearly $9 billion annually.  The U.S. government has spent more than $4.5 billion dollars drugging soldiers and veterans alone.

‘We came to the realization that integrative treatment is the treatment of choice for people who have been in combat. The medications that they’ve been giving our troops, both at the VA and in combat, are ineffective and cause what the black box warning states” — Dr. Bart Billings, retired Army psychologist and Lt. Colonel in the U.S. Army

What psychiatrists are not telling military personnel, nor in most case offering them, is safe and effective, non-psychiatric options for mental and emotional turmoil.

While life during or post military service can be plagued with difficulties, it is important to know that psychiatry, with its unscientific diagnoses and harmful treatments, are the wrong way to go. Their most common treatment, psychiatric drugs, only chemically mask problems and symptoms; they cannot and never will be able to solve life’s problems. Once the drug has worn off, the original problem remains, or may even deteriorate. Though psychiatrists classify their drugs as a solution to life’s problems, in the long run, they only make things worse.

The first issue is for our military and Veterans to be properly informed about the documented risks of the drugs they are so freely prescribed, there are 286 drug regulatory warnings, 278 studies, and over 400,000 adverse reaction reports on psychiatric drugs filed with the U.S. FDA.    Full information about the risks of psychiatric drugs are listed here www.cchrint.org/psychdrugdangers.

So if psychiatric treatment isn’t the answer, for our military,  what is?

According to top experts, the majority of people having mental problems are actually suffering from real medical problems, which can cause great emotional stress. 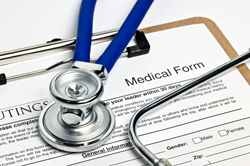 So the first step is to get a thorough physical examination from a competent medical—not a psychiatric—doctor to check for any underlying injury or illness that may be causing emotional distress.

As neurologist Prof. Malcolm Hooper, Chief Scientific Adviser to the British Gulf Veterans Association, advises: “Every physical symptom, every symptom should be investigated for physical origins before you go into psychiatry. And, because, if you don’t do that, almost certainly, someone who has a real physical symptom, is being labeled as having a psychiatric symptom, which is a false.”

For anyone wishing to get off a psychiatric drug, it is vital to do so under the supervision of a qualified, competent medical practitioner.

Visit the Alternatives section of this site here: https://www.cchrint.org/alternatives/

A sample of quotes from military experts about seeking non-psychiatric support includes the following:

“The main word for soldiers, and not only soldiers but anybody suffering from any type of so-called mental illness, is that there’s hope. That there’s hope out there. There are solutions out there. Things are available for you to get your life back. To not have suicidal thoughts. To not end your life. But to gain your life back. To cleanse your body. To be the person you used to be. There’s always a solution to every situation and it’s out there if you search for it. And it does not include psychiatric drugs.” – Dr. Edward F. Group III, Founder and CEO, Global Healing Center, Former Army Infantry

“To the soldiers that are still serving, before you put any medication in your mouth, read the literature, read the side effects. And know that it’s probably not the answer, that it’s going to help prevent something that you need to do, which is process and love the people that are around you and receive that love and try to share it to your fellow soldiers.” – Joel Kort, Former Marine Infantry NCO Corporal & Army Combat Medic NCO

“So, what is the solution? Get rid of psychiatry in mental health. Don’t leave them in charge…Why hasn’t psychiatry been relieved of command? Fired. Thrown out of the military? Anybody else, any private company that continues to fail, the leadership will go.” – Bart Billings, Ph.D., Retired Col. and Former Military Psychologist

THE RIGHTS OF MILITARY PERSONNEL REGARDING MENTAL HEALTH TREATMENT

NOTE: The Citizens Commission on Human Rights does not provide legal or medical advice. The information below is provided as a public service regarding the laws and regulations that can be reviewed with an attorney so action can be taken as appropriate.

There are certain rights for anyone regarding accepting or refusing any mental health treatment that has been suggested, prescribed, or ordered. Acceptance of mental health treatment, including drugs is nearly always voluntary. (In this document, CCHR is not providing any view regarding inoculations or vaccines given to active duty personnel, which may or may not be mandatory.) 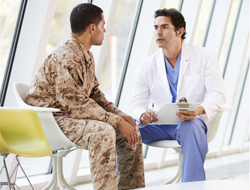 Thus, they can take an informed decision on what treatment is best. And in case informed consent is refused, they have the right to seek the advice of an attorney. According to Department of Defense Instruction, Number 6000.14, September 26, 2011, entitled, “DoD Patient Bill of Rights and Responsibilities in the Military Health System (MHS),” military personnel are entitled to informed consent for any treatment and to refuse to receive treatment. That regulation states, in part, under the section, “PATIENT RIGHTS”:

“Patients have the right to any and all necessary information in non-clinical terms to make knowledgeable decisions on consent or refusal for treatments, or participation in clinical trials or other research investigations as applicable. Such information is to include any and all complications, risks, benefits, ethical issues, and alternative treatments as may be available.”

One should demand to be provided with easily understood information about all adverse reactions and side effects of psychotropic drugs, including the potential to alter behavior to such an extent as to cause violent or suicidal thoughts or behavior, and that withdrawal from such medication without medical supervision may exacerbate those thoughts and behavior. Enclosure 3 of the same regulation, under Procedures and MHS Compliance Guidelines states:

“d. Participation in Treatment Decisions. Each MTF/DTF [Medical/Dental Treatment Facility] shall ensure that MHS [Mental Health System] beneficiaries have the right and opportunity to participate fully in all decisions related to their healthcare, subject to readiness requirements for active duty Service members.

“(a) Provide patients with easily understood information and the opportunity to decide among treatment options consistent with the informed consent process.

“(b) Discuss all treatment options, including the option of no treatment at all with a patient in a culturally sensitive manner.

“(e) Discuss all risks, benefits, and consequences to treatment or non-treatment.

“(f) Give competent patients the opportunity to refuse treatment and to express preference about future treatment.”

In an unusual case, the military doctor or commander may seek to override the active-duty soldier’s refusal to consent to treatment, but it must be done through medical board proceedings which provide various due process rights to the soldier. Soldiers need to ensure they review these regulations with a chaplain (because a soldier may refuse mental health treatment for religious reasons), an attorney or other advocate so that they can take the correct action for their situation. [Note: One should seek attorney advice about filing any complaint to the Medical Board to ensure his rights are fully protected.] Army Command Policy—600-20 Rapid Action Revision (RAR) Issue, 20 September 2012, addresses a refusal of a soldier to submit to medical or mental treatment. It indicates that if the military doctor insists upon the treatment and the soldier refuses, the matter is sent to a Medical Board proceeding. There, the soldier may contest the treatment order and the matter will be heard and then decided upon. He should ensure he seeks attorney advice if requesting a Medical Board adjudication. Should the soldier disagree with the Medical Board’s recommendation, the soldier may appeal to the Surgeon General, and even if the Surgeon General agrees with the Medical Board, if the soldier continues to refuse, he or she may request or be subject to a court martial, including a full legal defense. As noted above, treatment is nearly always voluntary. But military members should be aware of their rights so that they are not convinced by innuendo or suggestion that they may not refuse unwanted mental health treatment. And should they stand their ground and refuse such treatment in spite of orders from mental health practitioners, they must be aware of and granted the right of refusal mentioned above. FOR VETERANS For veterans of the armed services, there is no permissible enforced treatment. Some veterans are concerned about losing their benefits if they refused psychiatric treatments recommended to them from a VA hospital or VA clinic. The code is unclear whether this could happen, but it would be grossly inappropriate if it did. In such a case, you could bring the matter to the attention of an attorney or your Congressional representative. Per 38 CFR 17.107, “VA response to disruptive behavior of patients”, this section states:

“Although VA may restrict the time, place, and/or manner of care under this section, VA will continue to offer the full range of needed medical care to which a patient is eligible under Title 38 of the United States Code or Code of Federal Regulations. Patients have the right to accept or refuse treatment or procedures, and such refusal by a patient is not a basis for restricting the provision of care under this section.”

You should obtain advice from the VA regarding this. If their advice is unsatisfactory to you, seek legal advice.