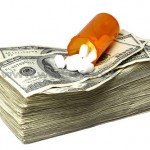 As early as 1995 the International Narcotics Control Board (INCB) raised the alarm over the ‘patient’s rights group’ CHADD (Children and Adults with ADHD) actively lobbying for the use of methylphenidate (Ritalin) for children labeled with ADHD while being funded by Ciba Geigy’s (now Novartis), the manufacturer of Ritalin. INCB said that this promotion of sales of an internationally controlled substance could be identified as covert advertising in contradiction of the provisions of the 1971 Psychotropic Drugs Convention.[1]

The same year, the US Drug Enforcement Administration (DEA) added its concerns that “the depth of the financial relationship with the manufacturer was not well known to the public” and that a spokesperson for Ciba had stated, “CHADD is essentially a conduit for providing information to the patient population.”[2] 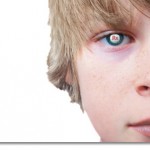 In 1987, members of the American Psychiatric Association (APA) voted to include ADHD as a mental disorder in its Diagnostic and Statistical Manual of Mental Disorders (DSM). The same year, CHADD was formed. The financial relationship between CHADD and Ciba Geigy (then manufacturer of Ritalin) was formed…

CHADD came under scrutiny in 2002 at a hearing of the Government Reform Committee, where Committee Chairman Dan Burton (R-IN) lambasted CHADD and its CEO, E. Clarke Ross, for the group’s ties with drug companies, noting that it had received $848,000 from “from one methylphenidate manufacturer” [Ciba Geigy] alone.[3] “The appearance is that they’re feeding you to deal with this problem [of product advocacy],” Burton said, his voice rising. “And I would just suggest, if there is a better way to fund your organization … it would be helpful.”[4]

Here’s how CHADD’s history pans out:

In 1991 CHADD lobbied for the Individuals and Disabilities Education Act (IDEA) to amend eligibility rules for federal special education programs and federal education grants, providing schools with $400 for each child diagnosed with ADHD. The same year, the Department of Education formally recognized ADHD as a handicap and directed all state education officers to establish procedures to screen for ADHD and provide those identified with special educational and psychological services.[17]

A decade later, with soaring Special Ed costs, a President-directed investigation into special education found that more than 50%, or 3.2 million children, had been placed in special education due to subjective categories such as “Non Specific Learning Disorder” costing an estimated $28 billion per year. As was established, the real problem was not that the kids had learning disabilities—including ADHD—but that they had never been taught to read.

Shire and CHADD market “Adult ADD” or ADHD—a major Shire market. Shire told potential investors at a merchant bankers’ meeting in New York in the early 2000s that a whole new “adult market” was about to open up, assuring healthy growth in drug sales for many years to come. A slide shown the attendees was a pyramid divided into layers representing the different categories of people the company was seeking to influence. At the bottom of the pyramid were the bulk of the patients Shire was attempting to influence with direct-to-consumer advertisements. In the middle, the most significant groups included “Patient Advocacy Groups.”[25]

Matthew Emmens, the CEO of Shire displayed a graph of Adderall sales, surging from just $10 million in 1996 to almost $520 million six years later. This single amphetamine product constituted more than 40% of the company’s total revenues.[26]

Ray Moynihan, Alan Cassels, authors of Selling Sickness: How the World’s Biggest Pharmaceutical Companies are Turning Us All into Patients point out,

Center for the Advancement of Children’s Mental Health (CACMH)

Children and Adults with ADD (CHADD)

National Association for Research on Schizophrenia And Depression (NARSAD)