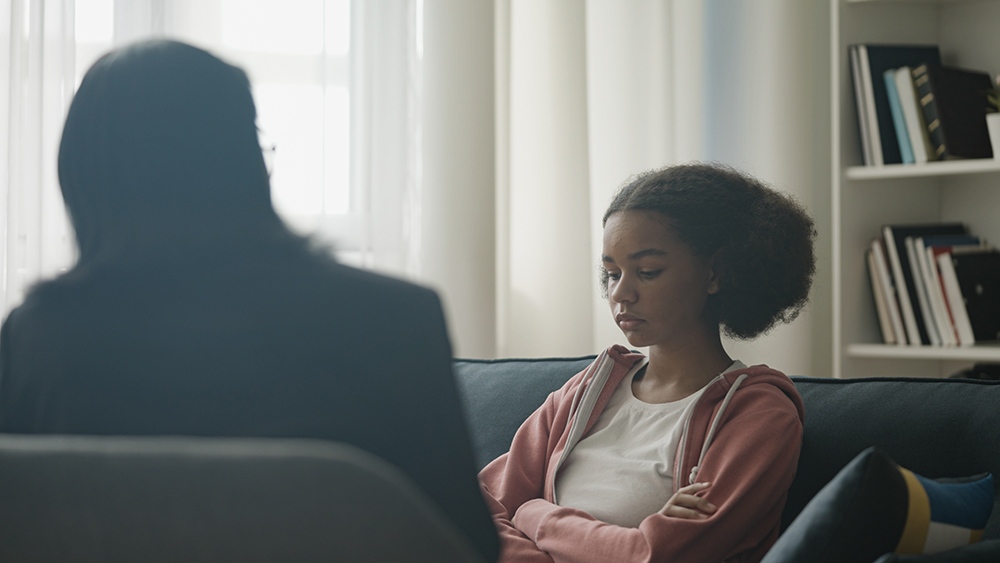 Mental health screening leaves “no room for individual choice—or the freedom for parents to say no to psychotropic drugs for their children. Such mandatory, government-endorsed screening programs contradict the freedoms guaranteed in a democratic society.” – Vera Sharav, Alliance for Human Research Protection (AHRP)

As part of its mental health industry watchdog role, Citizens Commission on Human Rights International urges parents to log onto its Parents: Get the Facts—Know Your Rights webpage to familiarize themselves with how to protect their children from invasive mental health screening in schools. It includes a downloadable Parent’s Exemption Form Prior to Mental Health and Psychological Screening or Counseling that can be signed and provided to schools. It also provides a link to a federal law that prohibits schools from coercing or forcing a parent to put their child on a psychotropic drug as a requisite for their remaining in class.[1]

CCHR worked with families to secure the Prohibition of Mandatory Medication Amendment in 2004 when it was discovered that, astoundingly, parents were being threatened with criminal child abuse charges if they refused to put their school-aged child on a psychotropic drug as a requisite for their education, or took them off it.

At the time, schoolchildren were at risk of being screened for depression and suicide using a “TeenScreen” questionnaire that had an 84% false positive rate which could lead to antidepressants being recommended—drugs that contained a Food and Drug Administration warning that they can cause suicidal behavior in teens.

Allen Jones, former investigator with the Pennsylvania Office of the Inspector General, charged that screening often translates normal human emotions into symptoms of mental illness, which  is driven not by genuine concern for kids, but by a profit motive. “TeenScreen was developed and promoted by persons with deep financial ties to makers of psychiatric drugs,” said Jones.[2] The screening program shut down in 2012.[3]

In the wake of the pandemic regulations and shut downs, there was a renewed push for screening to be increased.

A New York Times article on March 23, 2020 suggested there’s a mental-health crisis among American children and asserted that “current surveys that keep tabs on various aspects of mental health in children are too slow to capture swift changes amid a national crisis” (pandemic). Therefore, “screening for depression and anxiety at schools and pediatricians’ offices will be crucial, because the symptoms associated with those conditions are easier to manage and do less damage when addressed early.”[4]

However, this belies the fact that more than 6.1 million Americans aged 0-17 are already taking psychotropic drugs with serious adverse effects that include suicide, homicidal ideation, mania and violence.[5] About 85,000 are aged one or younger, while the highest target group is ages 6-12 with 2.65 million on psychotropics.

According to IQVia prescription tracking, in 2020 in the 0-17 age group, 2,154,118 were taking antidepressants usually prescribed to treat depression, and 1,153,351 were on anti-anxiety drugs, also known as benzodiazepines and tranquilizers, that are potentially addictive within 14 days of taking them.[6] As early as 1982, a known risk of anti-anxiety drugs was potential brain damage. More than 3.15 million 0-17 year-olds are also taking psychostimulants that the Drug Enforcement Administration (DEA) says can lead to “severe psychological or physical dependence” with some producing the same effects as cocaine.[7]

The potential damage is so prevalent that between 2005 and 2016, Congressman Ron Paul repeatedly warned that “Mandatory depression screening will endanger people’s health by increasing the use of psychotropic drugs. These drugs often have dangerous side effects…another good reason to oppose any policy that will increase reliance on these medicines.”[9]

Congressman Paul introduced the Parental Consent Act, which would keep federal funds from being used to establish or implement any universal or mandatory mental health, psychiatric, or socioemotional screening program—legislative protections that are needed now more than ever.[10]

With social media, including TikTok marketing to teens, there is an upsurge in promoting the self-identification of mental disorders that are already based on subjective opinion about symptoms, not medical science. The symptoms of ADHD are so broad that anyone could be labeled with it; already it can be “inappropriately diagnosed” at an estimated cost of between $320m and $500m in the U.S.[11]

The New York Times pointed out that “The ADHD hashtag has over 2.7 billion views on TikTok…. This is part of the platform’s broader issue of unmoderated mental health content, where videos can gain popularity regardless of accuracy.”[12]

Social media comics have been shared on the website for the pharmaceutical front group Children and Adults with Attention-Deficit/Hyperactivity Disorder (CHADD), as well as in the organization’s magazine and on its social media pages.[13] As early as 1995 the International Narcotics Control Board (INCB) raised the alarm over CHADD actively lobbying for the use of methylphenidate (Ritalin) for children labeled with ADHD while being funded by the manufacturer of Ritalin.[14] The DEA also noted that “the depth of the financial relationship with the manufacturer [of ADHD drugs] was not well known to the public.” A spokesperson for the manufacturer stated, “CHADD is essentially a conduit for providing information to the patient population.”[15]

In 2009 alone, the national CHADD office received nearly $1.6 million from pharmaceutical company funding, which accounted for 35.9% of its revenue.[16]

Vera Sharav of the Alliance for Human Research Protection (AHRP) warned that mental health screening leaves “no room for individual choice—or the freedom for parents to say no to psychotropic drugs for their children. Such mandatory, government-endorsed screening programs contradict the freedoms guaranteed in a democratic society.”[17]

According to one marketing firm, the global mental health market was estimated at US$384.85 billion in 2021 and is expected to reach $560.33 billion by 2030, driving the incentive for more mental health screening. Prescription drugs, residential treatment, and outpatient mental health treatment make up the majority of the costs. Surging digitalization and growing smartphone & internet penetration are expected to increase the use of mental health apps.[18] All of this provides for a lucrative industry that parents may not be aware of.

CCHR’s webpage for parents provides links to and recommended reading for them, their rights and information on alternatives to mind-altering prescription drugs.

[6] https://www.cchrint.org/psychiatric-drugs/children-on-psychiatric-drugs/; Andrea Petersen, “More People Are Taking Drugs for Anxiety and Insomnia, and Doctors Are Worried,” The Wall Street Journal, 25 May 2020, https://www.wsj.com/articles/more-people-are-taking-drugs-for-anxiety-and-insomnia-and-doctors-are-worried-11590411600

[12] “‘No One’s Ever Talked to Me About This Before’: Social media creators are helping women and people of color identify possible symptoms of A.D.H.D., a disorder most often diagnosed in white boys,” New York Times, 25 May 2021, https://www.nytimes.com/2021/05/24/style/adhd-online-creators-diagnosis.html