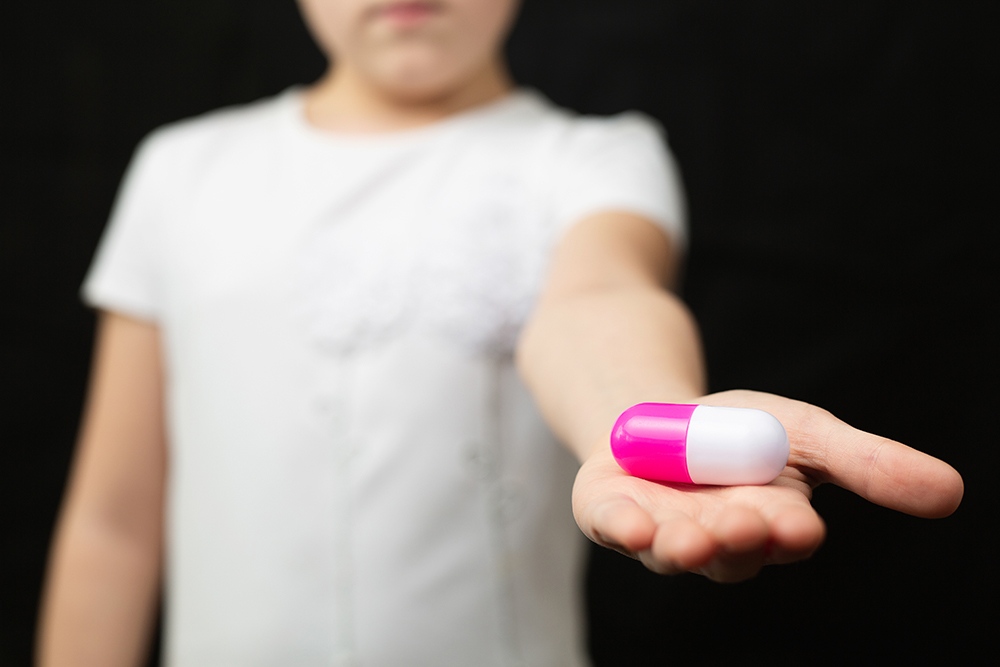 “Prescription drug advertising and marketing of a mental ‘disease’ to brands it in order to sell psychostimulants and other psychiatric drugs, should be eliminated as a priority to protect children.” – CCHR International

A wave of startup companies are using TikTok ads and loosened prescription regulations to sell stimulant treatments for Attention Deficit Hyperactivity Disorder (ADHD) like Adderall and Vyvanse, raising ethical and legal questions from doctors.[1] The New York Post recently exposed this, pointing out there is a risk that children or adolescents might “diagnose” themselves and social media can make it difficult for parents or doctors to monitor what drugs children are being told they should take. Any television (direct-to-consumer advertising), online and print marketing of prescription psychotropic drugs hike up sales with the increased number of children’s rambunctious behavior being wrongly diagnosed as ADHD.

An increasing number of pharmaceutical firms turned to social media tools, such as Facebook, YouTube, Twitter, Myspace and now TikTok, to market their products.[2] It means more parents may request the drugs for their children, unaware of potential risks and that “There are no laboratory tests, neurological assessments, or attentional assessments that have been established as diagnostic in the clinical assessment” of ADHD, according to the American Psychiatric Association (APA).[3]

The risks for ADHD stimulants include being associated with sudden death in children who have heart problems. They can induce “bipolar” symptoms in a child who didn’t exhibit any before taking stimulants; new psychotic or manic symptoms; “new or worse aggressive behavior or hostility;” they can commonly cause noticeable weight loss and trouble sleeping and in some children; some stimulants can cause the paranoid feeling that bugs are crawling on them. One study reported fears of being harmed by other children and thoughts of suicide.[4] Methylphenidate’s (Ritalin) manufacturer admits it is a drug of dependency.[5] Suicide is also a major complication of withdrawal from amphetamine-like stimulants.[6]

The increase in consumer marketing of “ADHD,” despite its subjectivity, began flourishing around 1997 when Direct to Consumer Advertising (DTCA) went into effect.  Spending on all prescription drug advertising increased from $220 million in 1997 to more than $2.8 billion by 2002.[7] Congress also passed the Food and Drug Administration (FDA) Modernization Act, which encouraged the pharmaceutical industry to develop and test drugs for children by extending patent exclusivity. This resulted in a dramatic increase in clinical trials in children that involved stimulants for ADHD.[8]

Pharmaceutical companies began targeting parents, specifically mothers. A magazine ad for Concerta had a grateful mother saying, “Better test scores at school, more chores done at home, an independence I try to encourage, a smile I can always count on.” A 2009 ad for Intuniv, Shire’s nonstimulant treatment for ADHD, showed a child in a monster suit taking off his hairy mask to reveal his adorable smiling self. “There’s a great kid in there,” the text read.[9]

The FDA has cited every major ADHD drug for false and misleading advertising since 2000, some multiple times.[10] Shire agreed in February 2014 to pay $57.5 million in fines to resolve allegations of improper sales and advertising of several drugs, including Vyvanse, Adderall XR and Daytrana, a patch that delivers stimulant medication through the skin.[11]

The Centers for Disease Control first national survey that asked parents about ADHD was completed in 1997. Since then, there has been an upward trend in national estimates of parent-reported ADHD diagnoses across different surveys, using different age ranges.[12] CDC determined that about 3% of American schoolchildren had received the diagnosis. By 2013, it had soared to 11% which amounted to 6.4 million children between the ages of four and seventeen.[13] This was up 967% from 600,000 in 1990,[14] although the child and adolescent population between 1990 and 2013 increased by only 15%.[15]

The prescribing of stimulants for children with ADHD had already increased four-fold between 1987—the year psychiatrists voted ADHD to be included in the Diagnostic and Statistical Manual for Mental Disorders—and 1996.[16]

From 2012 to 2015, yearly spending on prescription drug advertising in all media outlets (except digital) rose from $3.2 billion to $5.2 billion.[17] The marketing claims are astoundingly false, such as “stimulants help in the cure for ADHD.”[18] Even psychiatrists admit there are no cures.

The questions asked of parents are subjective easily account for normal childhood behavior.  Australian psychiatrist Lois Achimovich noted that many parents hate the idea of giving their child a drug, but have been led to believe they don’t have a choice. “Any child behavior that looks abnormal, parents think is ‘ADHD’ and they know there’s a medication for it. Pills have become a cheap alternative to this problem,” she said.[21]

Parents believe they are doing the right thing, thinking they are giving their children a chance to succeed in school. However, studies have that stimulants did the opposite of improving students but rather, as one 2010 Australian study found, it “increased the odds of below-age-level academic achievement by a factor of 10 times….”[22]

Alan Schwarz’s 2013 article “The Selling of Attention Deficit Disorder” in The New York Times detailed how the number of diagnoses had soared amid a 20-year drug marketing campaign.[23] The Journal of the American Academy of Child and Adolescent Psychiatry went from no ads for ADHD drugs from 1990 to 1993 to about 100 pages per year a decade later. Almost every full-page color ad was for an ADHD drug.[24]

Add to this the “Adult ADHD” market, when in 2012, nearly 16 million prescriptions were written for people ages 20 to 39, close to triple the 5.6 million just five years before, according to IMS Health. [26] According to a 2021 study, between 139.84 million and 366.33 million adults worldwide are estimated to experience persistent or symptomatic ADHD.[27]

Studies such as those conducted by currently disgraced former APA president, Jeffrey Lieberman, also show how dangerous methylphenidate (Ritalin, Concerta) is. He conducted experiments in which he prescribed patients labeled with schizophrenia with methylphenidate expecting it be ‘psychotogenic’ (induce symptoms of psychosis),” and deterioration did occur. Certain drugs were administered and other drugs withheld in the “expectation of worsening symptoms.”[28] Why then is such a drug—which cannot differentiate a diagnosis between schizophrenia and ADHD—given to any child when it can induce psychosis?

Dr. Sami Timimi, a consultant and adolescent psychiatrist in the UK, says, in fact: “There is no evidence to suggest there is a medical condition called ADHD. It is a cultural concept, which is creating a market in various labels…. There’s money in it.”[29]

In the DSM-5, published in 2013 and revised this year, there was a change made to the section on ADHD. The age at which a child can be diagnosed with ADHD was raised from seven to twelve. In the previous edition of the DSM, in order to meet the criteria for diagnosis, several symptoms of ADHD had to be present by age seven. However, now DSM increases the window for diagnosis by five years, meaning that twenty million more children could be potentially labeled with ADHD. [30]

Childhood mental disorders have grown in number in DSM by over 900% since first published in 1952—each with a billing code for doctors to be reimbursed for treatment.

Prof. Allen Frances, Former Chairman of DSM-IV Task Force, commented that “rates of ADHD have tripled, partly because new drug treatments were released that were aggressively marketed.”[31] He added that “there is concern that the noxious effects of DSM-5 may spread beyond our boundaries. The excessive diagnosis of ADD and Autism began in the U.S., but these false epidemics are catchy and have now become a world-wide phenomenon.”[32]

Prescription drug advertising and marketing of a mental “disease” to brands it in order to sell psychostimulants and other psychiatric drugs, should be eliminated as a priority to protect children.

In December 2021, Oxycontin manufacturer, Purdue, ended production of its ADHD drug, Adhansia XR, introduced on the market in 2019. It reported that it no longer had employees or entities promoting any of its opioid or ADHD products directly to health care providers or patients. Purdue fueled the opioid crisis with deceptive OxyContin marketing but said its decision regarding Adhansia XR was unrelated to its recent multi-billion settlement in lawsuits over OxyContin marketing.[33] It is a direction that all ADHD drug manufacturers should be going.

In April 2021, FDA approved Qelbree for treating children ages 6 to 17 diagnosed with ADHD, touting that it is not a stimulant or a controlled substance, supposedly harder to abuse than older drugs. However, it is a selective norepinephrine reuptake inhibitor (NRI), normally used as an antidepressant; Qelbree carries a warning of potential for suicidal thoughts and behavior.[34] Yet, it had been approved to treat 6-year-olds!

Current IQVia (formerly IMS Health) statistics on psychostimulant use in the U.S. shows that in 2020 there were 3.15 million 0-17-years-old taking ADHD drugs.[35] It is a figure that needs to reach zero.

[12] “ADHD Throughout the Years,” Centers for Disease Control and Prevention, https://www.cdc.gov/ncbddd/adhd/timeline.html

[17] “Do not get sold on drug advertising,” Harvard Health Publishing, 14 Feb. 2017, https://www.health.harvard.edu/medications/do-not-get-sold-on-drug-advertising

[31] “Does your child really have a behavior disorder? A shocking book by a leading therapist reveals how millions of us – including children – are wrongly labeled with psychiatric problems,” Daily Mail, 6 May 2013, http://www.dailymail.co.uk/health/article-2320493/Does-child-really-behaviour-disorder-A-shocking-book-leading-therapist-reveals-millions–including-children–wrongly-labelled-psychiatric-problems.html#ixzz2SciDb8UA