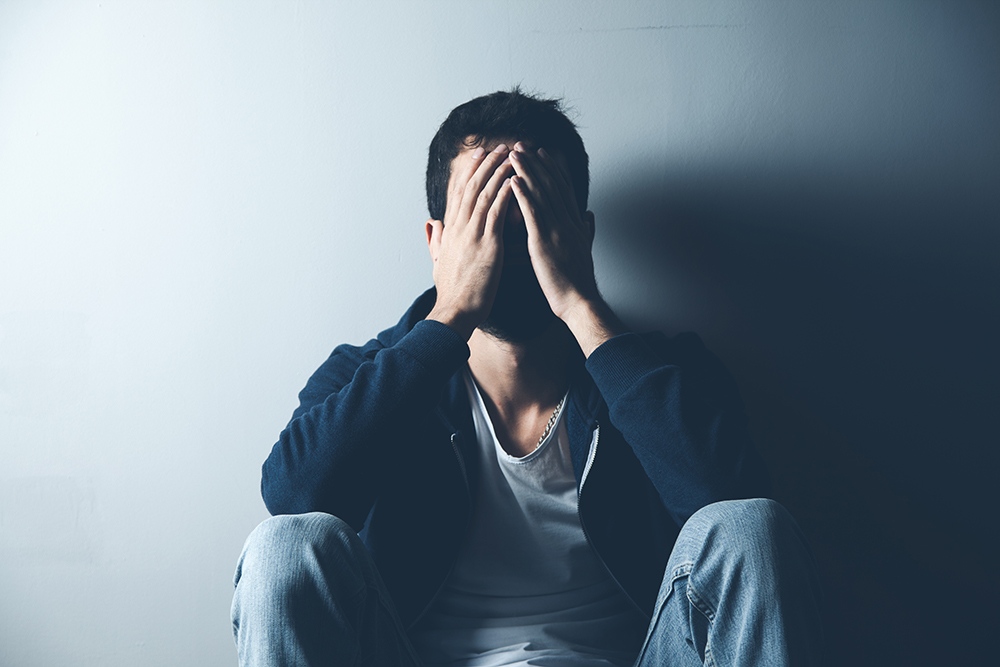 “[T]he story of ECT appears to be one of a biological intervention being claimed to correct biological deficits, but in reality having negative effects on healthy brains..." ECT advocates “tend to interpret abnormal brain changes caused by multiple electrocutions as beneficial...They don’t consider that the changes might be negative or might be characterized as brain damage.” – John Read, Ph.D., and Joanna Moncrieff, M.D.

Over 14,800 ECT patients were 16 times more likely to try to commit suicide than a control group of 58,369; antidepressants can also induce suicidal feelings and frightening long-term withdrawal effects.

A new study published in Psychological Medicine questions the two principle physical treatments recommended for depression: antidepressants and electroshock therapy (ECT) and raises the alarm about their adverse effects on the brain.[1] Citizens Commission on Human Rights International, a 53-year mental health industry watchdog, says the study contains vital information for consumers recommended for ECT, including the risk of suicide, all of which adds weight to the argument that the potentially brain-damaging practice should be prohibited as a mental health treatment.

The study by two UK experts, John Read, Ph.D., a psychologist and Joanna Moncrieff, M.D., a psychiatrist, discusses the need for non-harmful alternatives that are safe and effective. They cite the fact that the U.S. Food and Drug Administration (FDA) mandates that ECT machines have signs stating: “The long-term safety and effectiveness of ECT treatment has not been demonstrated.” Yet, the practice is given to an estimated 100,000 Americans every year, including, in some states, children aged up to five years old.

The authors wrote: “With the World Health Association and the United Nations calling for a paradigm shift away from the medicalization of human distress, new evidence about millions of people struggling to get off antidepressants, and ongoing debate about the value and safety of electroconvulsive therapy (ECT),” and questions “biological psychiatry’s ‘medical model’ when we become sad or depressed.”

The authors debunk the theory that chemical imbalances cause depression and that treatments work by correcting underlying biological dysfunctions, triggered, for example, by a supposed genetic predisposition. They point that “there is no evidence that there are any neurochemical abnormalities in people with depression, let alone abnormalities that might cause depression.”

Many medical experts confirm there are no medical tests (X-rays, blood or urine tests, MRIs, etc.) that can prove a physical source for people’s emotional issues.[2]

Yet, the authors add, until January 2021, the American Psychiatric Association (APA) website advised: “Psychiatric medications can help correct imbalances in brain chemistry that are thought to be involved in some mental disorders.” This is not true.

The authors went on to say, “At present, most drugs are assumed to work according to a ‘disease-centered’ model of drug action, which proposes that they act on the biological processes assumed to underpin symptoms, in the same way as drugs do in most medical conditions.” However, “Like other psychiatric drugs, [antidepressants] are psychoactive substances that cross the blood-brain barrier and alter normal mental processes and behavior by changing the normal functioning of the brain.” [emphasis added]

“That long-term antidepressant use may lead to persistent brain modifications is also evidenced by the prolonged and severe withdrawal state they can induce…around 56% of people experience withdrawal effects after discontinuing antidepressants, and for 46% of those the effects are severe. In general, the longer someone takes an antidepressant, the more likely they are to experience a withdrawal reaction, and the more severe it will be.”

As is the case for antidepressants, the various biological deficits that are supposedly corrected by ECT have never been demonstrated, the authors continue. “[T]he story of ECT appears to be one of a biological intervention being claimed to correct biological deficits, but in reality having negative effects on healthy brains, some of which are misconstrued as signs of improvement.”

A neutral observer would assume that the effects on the brain of repeatedly passing sufficient electricity through it to cause seizures are likely to be negative. ECT advocates, however, “tend to interpret abnormal brain changes caused by multiple electrocutions as beneficial, sometimes even linking them to reduced depression. They don’t consider that the changes might be negative or might be characterized as brain damage.”

The fact that discrepancies and bias in ECT studies are exposed draws strong opposition from advocates of the procedure, as doctors Read and Moncrieff point out. The advocates’ “defense” is to “shoot the messenger.”

“Researchers and ECT recipients who question the efficacy and highlight the adverse effects of ECT, are often publicly denigrated, by ECT advocates, as ‘anti-psychiatry ideologues’, ‘extremists’ ‘Scientologists’ and ‘non-medical zealots,’” or “part of a ‘guild war’ between professions.” [See CCHR’s report, Why Psychiatry Sees Itself as a Dying Industry.]

Read and Moncrieff continue: “The President and Chair of the International Society for ECT and Neurostimulation recently accused authors (including two ECT recipients) who had published some inconvenient findings of being ‘ideologically driven,’ of ‘spreading misinformation’ and of having ‘questionable motives.’”

Of note, the Church of Scientology established CCHR in 1969 as an independent organization, along with eminent professor of psychiatry, the late Dr. Thomas Szasz. CCHR comprises members of the church and people of various faiths or none at all. It has been outspoken against electroshock since its inception and has been pivotal in obtaining laws that either introduced safeguards such as informed consent to treatment (and the right to refuse it), as well as banning use of ECT on minors. In Australia, CCHR obtained a ban on deep sleep treatment (DST) that involved ECT and drugs, with criminal penalties, including jail, should anyone administer it. Indeed, in 2002, U.S. psychiatrist Richard Abrams, co-owner of Somatics LLC, which manufacturers an ECT device, wrote: “Absent Scientology there would hardly be an organized anti-ECT movement in the United States or anywhere else.”[3] This, from a “doctor,” who egregiously and misleadingly claims that ECT is about ten times safer than childbirth![4]

A Call for Alternatives

Read and Moncrief call for non-harmful alternatives: “We propose an alternative understanding that recognizes depression as an emotional and meaningful response to unwanted life events and circumstances.” This alternative view, they say, “is increasingly endorsed around the world, including by the United Nations, the World Health Organization and service users who have suffered negative consequences of physical treatments that modify brain functions in ways that are not well-understood.”

Furthermore, “believing you have a brain disease requiring medical intervention can be profoundly disempowering. It encourages people to view themselves as the victims of their biology, to adopt pessimistic views about recovery, increases self-stigma and discourages people from taking active steps to improve their situation.”

“Common sense,” they add, “suggests that the conditions needed to lead an emotionally balanced and fulfilling life, relatively free of major ongoing worry and distress, include a dependable income, housing, secure and rewarding employment, engaging social activities, and opportunities to form close relationships. Some people may need relationship counselling or family therapy, others support with employment or finances. People who feel severely depressed for a long time may simply need to be cared for, reassured with kindness and hope, reminded of times when they have felt good, and kept safe until they feel better, which they often do with time. There is no scientific evidence for some of these suggestions. We learn how to support our fellow humans through our life experience, through being cared for ourselves, and sometimes through art and literature.”

As the United Nations Special Rapporteur, Dr. Dainius Pūras, a Lithuanian psychiatrist, wrote: “Current mental health policies have been affected to a large extent by the asymmetry of power and biases because of the dominance of the biomedical model and biomedical interventions. This model has led…to the medicalization of normal reactions to life’s many pressures, including moderate forms of social anxiety, sadness, shyness, truancy and antisocial behavior.”

In 2021, the World Health Organization echoed these sentiments in its “Guidance on Community Mental Health Services” which says the biological model has resulted in “an over-diagnosis of human distress and over-reliance on psychotropic drugs to the detriment of psychosocial interventions.”[5]

The document offers 22 examples of alternatives to drugs and electricity, Read and Moncrieff stress.

CCHR’s has a strong position against ECT; it wants it prohibited. Over 125,000 people have supported its online petition calling for the ban. Sign here.