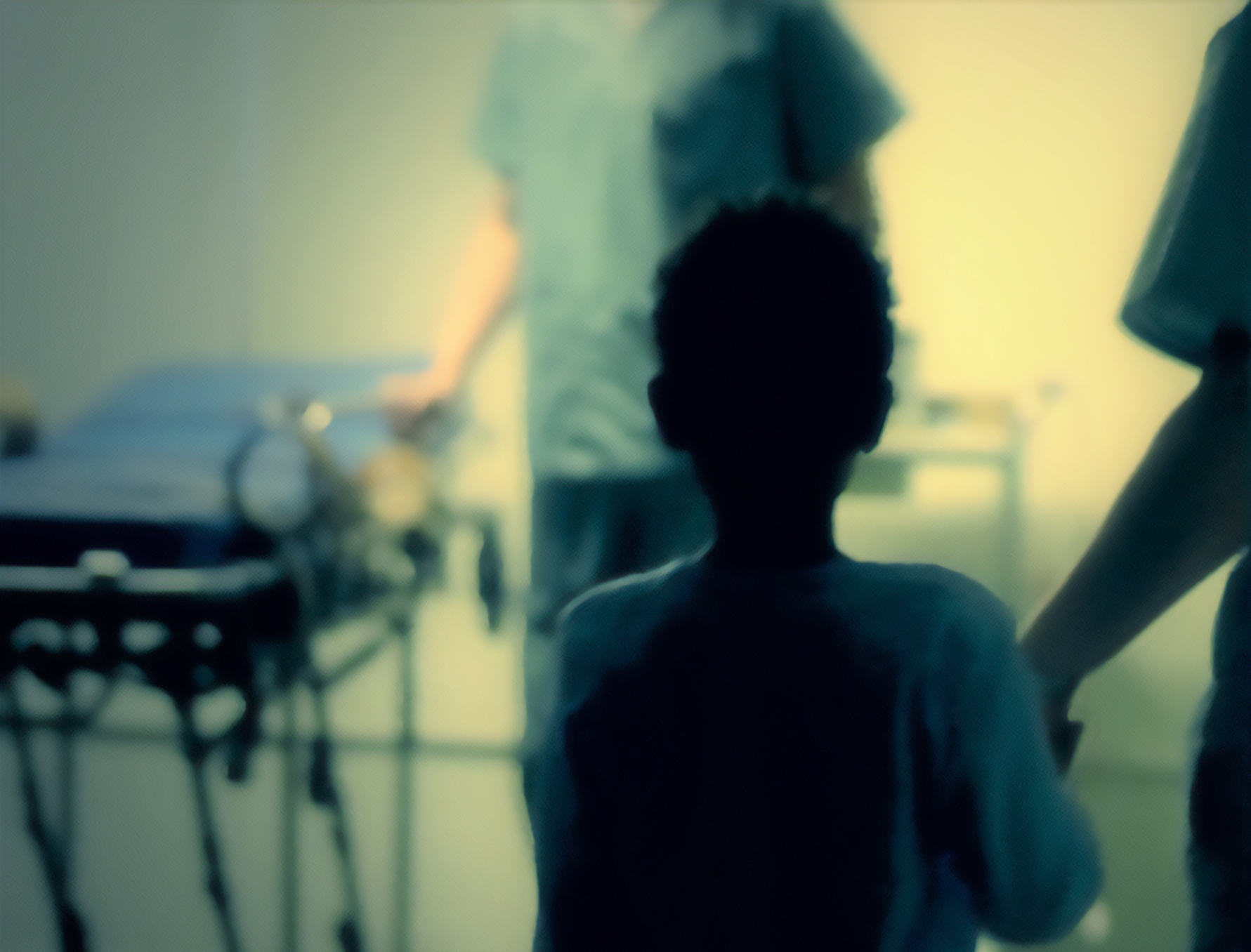 “You have taken up a cause for so long, 45 years, and I just want to honor that and that you are among the heroes. Thank you very much.” – Judge Coral Shaw, Chair of the Hearing, addressing CCHR

*Warning: This story contains details that may disturb some people*

300 NZ children were tortured with electroshock at Lake Alice Psychiatric Hospital between 1972 and 1978. Their horrific abuse—described by one expert as similar to Gestapo torture—continued, as NZ psychiatrists, medical and government authorities ignored their pleas. However, the watchdog, CCHR, believed them and acted, leading to the UN Committee on Torture demanding the NZ Govt. investigate. That investigation started in June 2021, where CCHR was praised as heroes, for working with victims to get justice finally after 45 years. It sends a message to U.S. authorities to stop similar coercive child abuse.

A New Zealand Government Royal Commission Inquiry into Child Abuse at Lake Alice Psychiatric Hospital, which started on June 14, 2021 for two weeks, has heard evidence of 300 children—some as young as 5—being electroshocked without anesthetic to various body parts, including their genitals, as behavior modification.[1] It happened between 1972 and 1978 by a sadistic psychiatrist, Selwyn Leeks, who laughed at their pain and screams.[2]

Former patients’ gut-wrenching testimony, streaming live online during the hearing, tells of the torture, physical and sexual abuse and rape they commonly endured at the unit, until it was closed in 1978.[3]

The closure was largely due to the NZ chapter of the Citizens Commission on Human Rights, a 52-year mental health industry watchdog, established by the Church of Scientology. It has been acknowledged as being integral in first exposing the Lake Alice horrors in 1976, eventually forcing the closure. [4]

When psychiatric organizations and the State failed the victims—over, and over, as the Inquiry heard—CCHR persisted, helping Lake Alice’s survivor Paul Zentveld to take the matter to the United Nations in 2019, which said the torture must be investigated.

Lead investigation counsel for the current inquiry, Mr. Andrew Molloy, acknowledged the CCHR representatives, stating, “There are not many lawyers, let alone laypeople, who have taken the matter to the United Nations, let alone have succeeded there.”

Judge Coral Shaw, Chair of the hearing, said the CCHR representatives are “heroes.”  “You have taken up a cause for so long, 45 years, and I just want to honor that and that you are among the heroes. Thank you very much.”[5]

Former Disabilities Rights Commissioner Paul Gibson also acknowledged CCHR’s years of work and its call for a “human rights approach in mental health…you are pioneers in the area.”

Mike Ferriss, director of CCHR in NZ, testified: “Lake Alice is an egregious example of psychiatric power gone mad but it wasn’t the only hospital where children were getting shock treatment.”[6]

The horrifying stories the NZ inquiry authorities were told brought them to tears. Media have even added, as we have here, a “Warning: This story contains details that may disturb some people” to their coverage.[7]

Central to the inquiry is the now-deregistered psychiatrist Selwyn Leeks, 92, who fled NZ when the shock ward was shut down, moving to Australia where he continued to practice.[8] In 2006, the Victorian Medical Board was preparing a hearing into 39 allegations against Dr. Leeks of “infamous conduct.” However, avoiding disciplinary action, in July he resigned his license.[9] The following month, an Australian court ordered him to pay $55,000 in damages for sexually abusing a former patient in Australia.[10]

Children were dragged kicking and screaming in the knowledge they were going to be given the shocks, sometimes lasting up to four minutes—without anesthesia.[11] Dr. Barry Parsonson, a clinical psychologist, told the hearing that the electric shock treatment, rather than it being aversion therapy—as claimed by Leeks—was torture. “The only people who did that were state organs of terror, namely the Gestapo is a good example. I have read of people who have received that sort of treatment [electric shocks to genitals] from the Gestapo.”[12]

Leeks even forced children to shock other children with his electroconvulsive shock device.[18] Banks recounted: “Dr. Leeks asked us to plug in the extension cord and said we were all going to use the ECT machine on the boy. He told us we were to move the knob as far to the right as far as possible. I didn’t really want to do it but I remember I did turn the dial as far as I could, as I was afraid if I didn’t do it properly, Dr. Leeks would give me ECT. I recall the horror on the boy’s face who was receiving it. He looked like he was screaming but not a sound was coming out of his mouth.”

Dr. Parsonson called the practices at Lake Alice “an unjustified assault on the human dignity and rights of the young persons and an inhumane regime of maltreatment that induced fear, anxiety and terror.” Further, “From a clinical and ethical perspective, there are no scientific or medical or therapeutic justifications for the use of electric shock, paraldehyde [drug] or seclusion in the practices adopted and abused by Dr. Leeks and the senior nursing staff of the unit in their treatment of children entrusted to their care.”[19]

The NZ government issued an apology in 2001 and paid out a paltry total of NZ$12.8 million (US$4.9m) in compensation to 195 former patients—“less than $26,000 each for a lifetime of trauma and mental torture,” Jan Eastgate, President of CCHR International says.[20]

Eastgate had just joined the group’s Sydney, Australia chapter when the Lake Alice electroshock assault on children had been exposed. Now based in Los Angeles, she said: “What happened to those children at Lake Alice and the subsequent cover up exemplifies how psychiatry is a human rights abuse. The fact that no one was held accountable is one of the most diabolical injustices I’ve seen in the mental health industry.

“The inquiry was established because justice was never served. The cover-up for decades included other Lake Alice psychiatrists, psychiatric associations and the medical council that failed to protect these children or believe them. It was left to CCHR NZ to help them. We are very proud of their work and applaud them.

“Children have been electroshocked and a version of this brutal behavior modification in NZ is still used in at least one U.S. state today. Troubled youths in the U.S. are being killed by restraints in psychiatric facilities and they are also electroshocked. The fact that NZ is finally rectifying this torture sends a message to U.S. and other governments to take the recent World Health Organization guidelines against coercive psychiatry to heart and ban forced electroshock—in fact, all forced psychiatric treatment.”

In the U.S. today, restraint and electroshock abuse is rife, especially in the “troubled teen” behavioral industry.

Frances Joychild QC, counsel for the Lake Alice survivors noted in a government compensation agreement: “This is a story that the nation must hear in all its horror.”

As further stated: “An exhaustive factual analysis reveals the events at Lake Alice to have constituted systemic and extensive child torture extending over a number of years.” Survivors have felt betrayed, Joychild said.[26]

Finally, that horror is being heard and the survivors and their families believed.

Eastgate said all countries should avail themselves of the Royal Commission evidence: “Countries where restraints and electroshock are still being given, especially where children and youths are subjected to them, need to bring such abuse to account and enact laws to protect against this and ensure accountability for the perpetrators. There also needs to be zero tolerance for any institutionalized child being sexually abused,” she said.

As CCHR NZ’s Mike Ferriss told the inquiry, “Essentially psychiatry’s coercive power is legal through the Mental Health Act that allows them to treat a person against their will. That essentially puts them above the law when it comes to accountability about how they treat them.  And proving ill intent of a psychiatrist is possibly like trying to prove ill intent of a slave owner whipping a slave. They are certainly allowed to do it in that legal environment. So, how do you change that? Well, make compulsory treatment illegal. Get rid of it.”

CCHR is responsible for more than 190 laws worldwide that protect patients from psychiatric abuse, including prohibition of electroshock on minors.