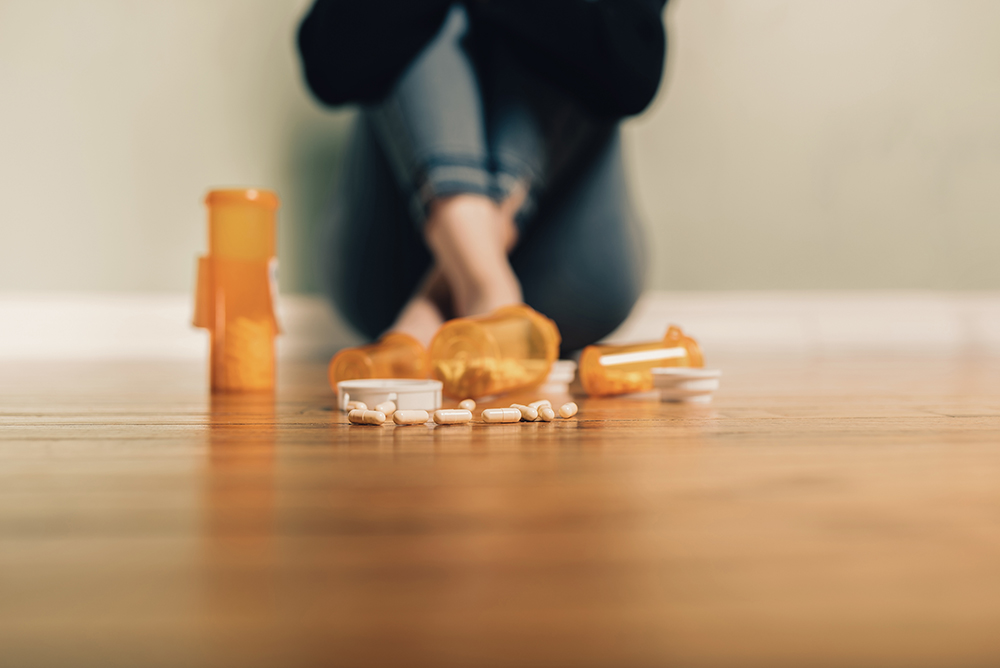 “The idea that these side effects last a couple of weeks is outrageously inaccurate. Withdrawal effects aren’t rare, they aren’t short-lived and they’ve been dismissed by drug companies for decades.” – John Read, PhD

Thirty years after SSRI antidepressants made their debut, psychiatrists are finally admitting there are withdrawal effects when trying to stop taking them. Citizens Commission on Human Rights International (CCHR), a mental health industry watchdog, says this is vital, because 13% of people age 12 and older in the United States have taken an antidepressant in the past month—today more than 45 million individuals a year.[1] The drugs are among the top ten prescribed medications linked to violence compared to other drugs.[2] Because withdrawal can include violent and suicidal symptoms, there is a greater need for caution if someone decides to come off them, CCHR says, and requires medical supervision. Experts say withdrawal reactions are common, are often severe and can last weeks to several months or even longer.[3]

“The idea that these side effects last a couple of weeks is outrageously inaccurate,” says John Read, PhD, a professor of clinical psychology at the University of East London. “Withdrawal effects aren’t rare, they aren’t short-lived and they’ve been dismissed by drug companies for decades.”[4]

The latest figures from IQVia’s Total Patient Tracker shows nearly 77 million Americans were taking psychiatric drugs in 2020, and of these 6,155,852 were aged 0-17. More than half (45,204,771) of the total amount were taking antidepressants. There were 2,154,118 aged 0-17 taking antidepressants, despite drug agency warnings against this age group being prescribed them.[5]

Dr. David Healy, a leading psychopharmacologist, and a professor of psychiatry, points out in his co-authored book, Children of the Cure: Missing Data, Lost Lives and Antidepressants that in the mid-1990s, an antidepressant manufacturer recognized the effect, held a meeting of “opinion leaders” and invented the term “antidepressant discontinuation syndrome” to deflect from dependence problems.[6]

Albeit late, the UK Royal College of Psychiatrists has issued warnings that while withdrawing, a person may experience anxiety, “sometimes in intense ‘surges,’” rapidly changing moods, anger, suicidal thoughts and a feeling of inner restlessness and inability to stay still (akathisia), with the latter capable of leading to violence.[7]

For years, this information was denied consumers, including that antidepressants can induce violent and suicidal behavior. CCHR brought this to the attention of the U.S. Food and Drug Administration Psychopharmacological Drugs Advisory Committee (PDAC) in September 1991, but psychiatrists advised the agency the new antidepressants, such fluoxetine, were free of such effects. Dozens of fluoxetine victims and their family members had told the committee of horror stories linking the drug to multiple murders, suicides and other nightmarish effects. The advisory panel ignored this. At least five of the ten panel members had conflicts of interest with pharmaceutical companies manufacturing antidepressants or other psychotropic drugs.[8] It took thirteen years for these families’ allegations to be vindicated—against enormous industry opposition. But in 2004, the FDA issued its strongest black box warning conceding that antidepressants could cause suicidal reactions. Additional warnings included violent symptoms.

CCHR’s online report How Psychiatric Drugs Create Violence & Suicide is a compelling resource detailing more than 30 studies and over sixty cases of mass shootings and acts of violence committed by those taking or withdrawing from prescribed psychotropic drugs.

The evidence is so compelling that whenever there is a mass shooting, CCHR calls for police to investigate whether the perpetrator had been taking or withdrawing from these drugs, stressing that during withdrawal the adverse behavioral effects can be exacerbated.

“It is misleading to infer that when a person stops taking psychoactive ‘medication’ that he became violent because of his now ‘untreated mental illness.’ It’s the withdrawal effects of these drugs, especially antidepressants, which can manifest in violent acts,” Jan Eastgate, president of CCHR International and author of the group’s report said. “Not everyone is going to experience these effects or act on them, but a certain percent will,” she said.

There’s enough incidents where mass shooters were on the drugs to show its not coincidental and warrants investigation. CCHR worked to get the Columbine school shooters in 1999 tested for antidepressant use and it was established that Eric Harris, the ringleader, was taking an SSRI antidepressant, fluvoxamine. The drug carries 10 warnings linking it to suicide risk or suicidal behavior and six causing hostility, aggression or agitation.[9] Both shooters killed themselves during the massacre.

Dylan Klebold’s medical records were sealed but both teens had also undergone a court-ordered psychological program, “anger management,” and while in school attended a “death education” class where Harris wrote an essay pre-warning about their shooting spree.

Time magazine once listed the top 10 prescribed drugs linked to violence, of which eight were psychotropic drugs—five which were antidepressants. Fluvoxamine was number eight and was 8.4 times more likely than other medications to be linked with violence. Fluoxetine, at second place, was 10.9 times more likely to be so linked and paroxetine, at third, was 10.3 times more likely.[10]

“You can imagine, then, what withdrawing from them may be like,” Eastgate said.

CCHR suggests that the global antidepressants market is a lucrative incentive to keep more Americans on these drugs. Sales were expected to have reached $28.6 billion in 2020, with the market surging during current health concerns.[11]

CCHR stresses that no one should ever stop taking a prescribed psychotropic drug unless under medical supervision. Doctors usually recommend a slow tapering off.

Since 1969, CCHR has obtained more than 190 laws that protect patients against psychiatric-pharmaceutical industry abuse, including stringent informed consent to treatment regulations.