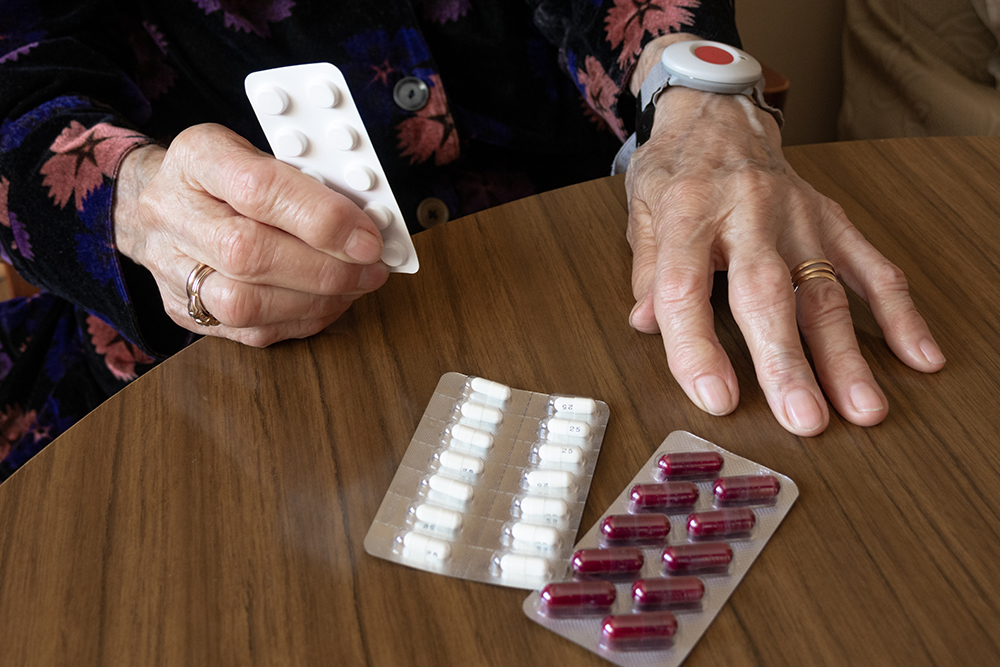 “CCHR is concerned that so many elderly are potentially brutalized with treatments that may precipitate their deaths rather than give them the care that they need.”

As part of its clearinghouse functions, the mental health industry watchdog, Citizens Commission on Human Rights International (CCHR) tracks studies and government agency warnings about psychotropic drug and electroshock treatment so that consumers can be better informed. It cites a recent review of 21 studies, where scientists found a 46% increase in risk for dementia if you take anticholinergics drugs for three months or longer. And the longer you take them, the greater the risk, according to a study published in Neurourology and Urodynamics.

Anticholinergics are common medicines. About one in every three drugs prescribed to those over age 65 are this type. Some examples include antidepressants, such as paroxetine, Parkinson’s drugs, that include antipsychotics like clozapine, muscle relaxants, and anti-seizure drugs. The American Geriatrics Society strongly recommends that older adults avoid using these, so be sure to talk to your doctor if you’re concerned.[1]

About 77 million Americans take prescription psychotropic drugs, of which 19,114,040 or 25% are aged 65 and older. Of these, 10.7 million are prescribed antidepressants and 2.1 million are taking antipsychotics; over 8.4 million are taking anti-anxiety drugs, a group of drugs that include sedative hypnotics or benzodiazepines that are also used as muscle-relaxants. More than 6.7 million take mood stabilizers, according to IQVia’s Total Patient Tracker Database for 2020.[2] CCHR regularly obtains IQVia information and posts this as a resource on its website for media and consumer review.

Antipsychotics are also prescribed to treat Parkinson’s disease, despite “black box” warnings from the Food and Drug Administration (FDA) linking them to increased risk of death among patients with dementia. While two such drugs, risperidone and olanzapine, for example, have been shown to be very effective, nearly 30% of patients with Parkinson’s and psychosis take them, according to a study published in Archives of Neurology.[3]

Federal law prohibits the use of psychoactive drugs for the convenience of staff, often called “chemical restraint.” The risk is prevalent in nursing homes where an estimated 270,000 residents are potentially given antipsychotics.[4] CCHR says this is frightening given 2004 testimony by the then FDA drug reviewer David Graham that at least 15,000 had died in nursing homes from antipsychotics.[5]

The powerful drugs, acting alone and in interaction with other drugs, have side effects that include tremors, anxiety, confusion, insomnia, immobility, delirium, kidney and heart failure, and violent behavior. Over-sedation greatly increases the risks of falls and fractures.[6]

CCHR is also concerned by figures released by Medicare, the primary source of insurance coverage for individuals over age 65 that showed nearly 116,000 electroshock treatments (ECT) delivered in 2018. Between 2015 and 2018, it paid $41.9 million to physicians (not including anesthesiologists that render the patient unconscious before treatment) for administering and monitoring ECT.[7]

CCHR is concerned that so many elderly are potentially brutalized with treatments that may precipitate their deaths rather than give them the care that they need.

In 2018, a coroner in Melbourne, Australia ruled that a grandfather, Gerard Helliar, died a preventable death when he was administered ECT that led to his suicide. There was no evidence that enduring ECT provided him with any relief, the coroner, Peter White, said.[8] In the UK, a coroner recorded an ECT death in 71-year-old Elsie Tindle, saying she suffered a permanent epileptic seizure from electroshock, causing irreparable brain damage leading to death.[9]

CCHR has obtained more than 180 laws worldwide, including many providing safeguards against ECT, which it wants banned. United Nations’ reports call for an end to involuntary use of ECT.[10]

[9] “Woman died after NHS electric shock therapy was given without consent or second opinion,” Daily Mirror, 11 Mar. 2016, https://www.mirror.co.uk/news/uk-news/woman-died-after-nhs-electric-7540901; Senior Coroner for the City of Sunderland report  to the Secretary of State for Health, Department of Health (UK), regarding Ms. Elsie Tindle’s death following ECT, dated 8 Mar. 2016