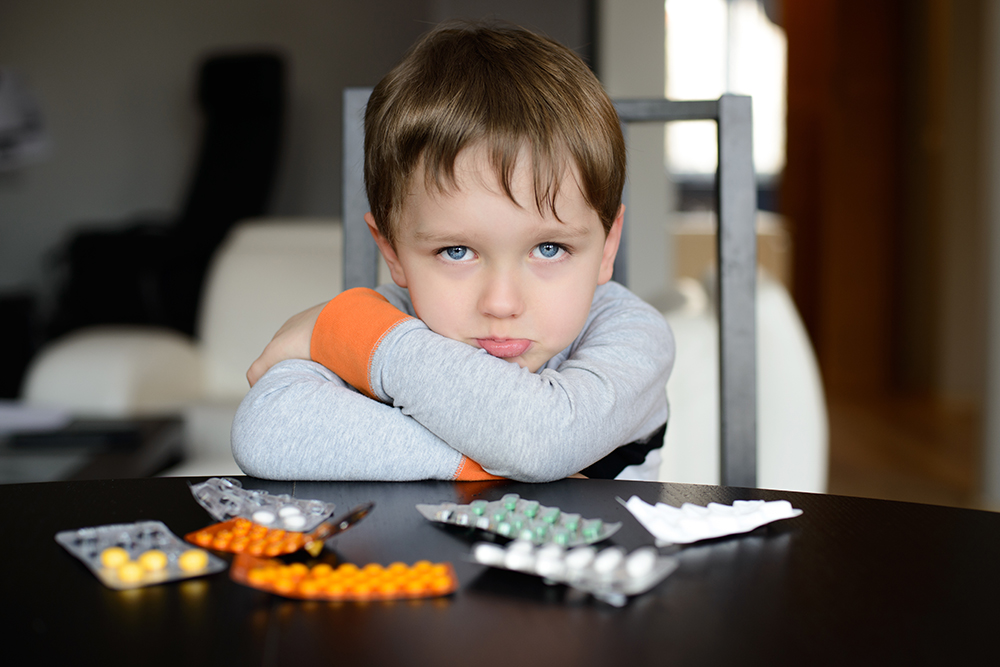 Australia’s national drug regulator, the Therapeutic Goods Administration (TGA), the equivalent to the U.S. Food and Drug Administration (FDA), has announced it will analyze hospital and death data to investigate the relationship between antidepressant use and youth suicide across Australia. The mental health watchdog, Citizens Commission on Human Rights International (CCHR) hailed the decision and urged the FDA to do the same for America.

According to IQVia’s Total Patient Tracker Database statistics that CCHR obtained for 2019, 2,148,971 children aged 0-17 were prescribed antidepressants in the U.S., despite a 2004 FDA “Black Box” warning that the drugs can induce suicidal reactions in this age group. Of these, more than 32,800 were aged 0-5, of which nearly 8,000 were aged one or younger. Add to this, antipsychotics are now used as adjuncts to antidepressants and IQvia reports more than one million 0-17-year-olds are taking these powerful psychotropic drugs, of which 62,351 are aged five or younger—nearly double the number of those taking antidepressants.[1]

The TGA released a review of its inquiry into Antidepressant Utilization and Risk of Suicide in Young People, which had been commissioned in June. Federal Health Minister Greg Hunt called for the investigation after an academic study found a correlation between increases in youth suicide and the rise in the prescription of antidepressants.[2]

CCHR was one of the groups, along with parents, doctors and attorneys, that helped get the FDA black box warning in 2004. It has continued to expose this through documentaries and a report, Psychiatric Drugs Create Violence & Suicide—School Shootings & Other Acts of Violence. The latter provides information on more than 30 studies that link antidepressants, antipsychotics, psychostimulants, mood stabilizers and sedative hypnotics to adverse effects that include hostility, mania, aggression, self-harm, suicide and homicidal thoughts. Of nearly 410 psychiatric drug warnings CCHR also documented from drug regulatory agencies, 49 warned of self-harm or suicide/suicidal ideation.[3]

The link between antidepressants and suicide was tragically highlighted when 14-year-old Naika Venant, hung herself in the bathroom of her foster home while streaming the suicide on Facebook Live. A Miami Herald’s investigation found that Naika had her dose of the antidepressant sertraline doubled only 45 days prior to her suicide. A psychologist who had worked with Naika when aged 12 had warned against “filling the 12-year-old with pills, because the medication she was taking ‘sometimes can cause the side-effect of depression,’” according to the Miami Herald.[4]

She was also prescribed two stimulants for Attention Deficit Hyperactivity Disorder (A.D.H.D.)—a labeling of childhood behavior that had eight specialists recently giving a hodgepodge of different theories of what this is for a York Times article. “Diagnosing A.D.H.D. is not like leukemia, where you do a blood test and you know definitively you have leukemia,” said Dr. William Barbaresi, a developmental behavioral pediatrician at Children’s Hospital in Boston.[5]

“It’s not black-and-white,” the Times reported, yet for such unscientific hypotheses, an astounding 3.4 million 0-17-year-olds are prescribed drugs to treat A.D.H.D., of which more than 69,000 are aged between 0-5 and 1.9 million aged 6-12.[6] The U.S. Drug Enforcement Administration (DEA) categorizes ADHD drugs in the same class of highly addictive drugs as cocaine, opioids and morphine. The DEA states that their use can lead to “severe psychological or physical dependence” and that “these drugs are also considered dangerous.” Other side effects include addiction, depression, insomnia, drug dependence, mania, heart problems, stroke and sudden death.[7]

CCHR’s “FightforKids” website and psychiatric drug side effects database lists more antidepressant adverse effects, including worsening depression, anxiety, panic attacks, hostility, aggression, psychosis and violence. In addition, numerous studies show them to be no more effective than placebo. And antipsychotics can cause obesity, diabetes, stroke, cardiac events, respiratory problems, delusional thinking and psychosis. They are so powerful they can actually cause brain atrophy (shrinkage).[8]

Nothing justifies the amount of drugging of America’s children in these numbers, CCHR says.

The three Australian researchers—Martin Whitely at John Curtin Institute of Public Policy in Perth and Melissa Raven and Jon Jureidini at the University of Adelaide’s Critical and Ethical Mental Health Research Group—found the top method for self-harm and suicide in younger age groups is overdosing antidepressants, stating: “There is clear evidence that more young Australians are taking antidepressants, and more young Australians are killing themselves and self-harming, often by intentionally overdosing on the very substances that are supposed to help them.”[9]

Their research pushes back on psychiatry talking points that SSRI antidepressants decrease suicide risk.[10] But this has already been tested in court. In 2009, one antidepressant maker paid about $390 million to resolve suicides or attempted suicides said to be linked to its antidepressant, paroxetine. Another, the manufacturer of two other antidepressants, settled 32 suicide risk lawsuits in multidistrict litigation in the U.S. District Court for the Eastern District of Missouri.[11]

CCHR predicts that psychiatrists in Australia and the U.S. will push back against the TGA study, not wanting to cut across a lucrative antidepressant practice. As in America, the researchers reported that many “opinion leaders” receive funding from pharmaceutical companies; it makes sense that these individuals will tout the benefits of antidepressants while downplaying potential harm.[12]

CCHR recommends people report adverse antidepressant and psychotropic drug reactions to the FDA’s Medwatch program and if damaged, file a report with CCHR.