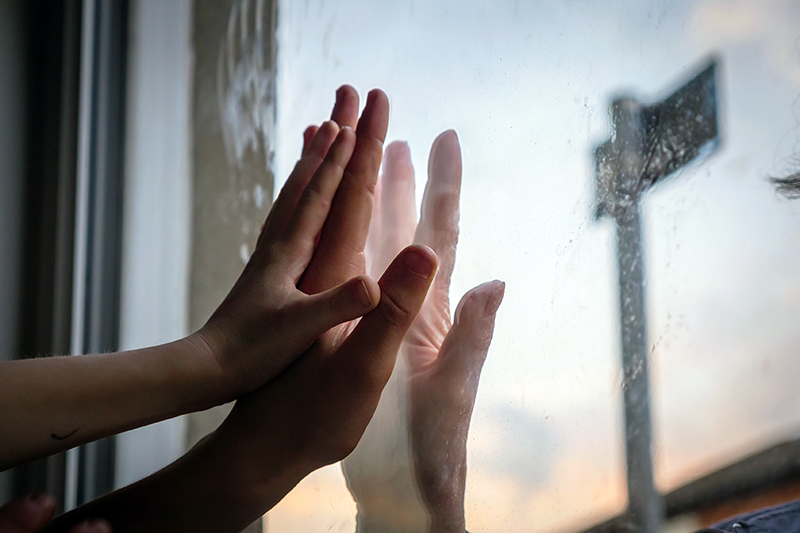 “CCHR’s research has found that people’s resilience in times of disasters, including wars and terrorism, has often been the people’s best ‘treatment.’”

CCHR wants people better informed about the psychiatric-pharmaceutical agenda to use normal reactions to virus restrictions to push harmful psychiatric labels and drugs. The sources of predictions about “mental health epidemics” often have conflicts of interests with manufacturers of psychotropic drugs

Throughout April-May 2020, Citizens Commission on Human Rights International has researched and provided information about the psychiatric-pharmaceutical industry using COVID-19 to scare people into believing that their mental health may be irreparably damaged. Antidepressant and anti-anxiety drugs, that carry a heinous list of side effects, have been promoted, taking advantage of people’s understandable vulnerabilities—their normal reactions to abnormal times. Psychiatric drugs are already being tested to be repurposed to treat COVID-19, despite their own potential life-threatening risks.

However, CCHR’s research has also found that people’s resilience in times of disasters, including wars and terrorism, has often been the people’s best “treatment.” It was, therefore, a nice change to see mainstream media report and further substantiate this.

For example, on May 25, 2020, The Australian reported that rather than a “mental health epidemic” as a result of COVID, “history suggests we often rebound from mass trauma events.” In the late 1930s, “as Britain braced itself for a looming war and predicted mass civilian casualties from German bombing,” a committee of psychiatrists predicted that the bombs would cause three times more mental injuries than physical. Several large psychiatric hospitals were built outside London to deal with the mass trauma.

But despite 57 sequential nights of bombings, 41,000 Londoners killed and two million homes destroyed, every one of the predictions about how Londoners would react turned out to be wrong. In fact, the psychiatric hospitals remained empty and were repurposed for the physically wounded.

Something similar occurred following the 9/11 attacks in New York in 2001. It was predicted that one in four New Yorkers would suffer PTSD and 9,000 counselors were dispatched across the U.S. to be prepared to deliver. But the tents established to deliver such services remained largely empty, and only half of the $200 million set aside for mental health help was spent.[1]

Richard Bryant, a professor of psychology at the University of New South Wales, who studied the impact of Australia’s devasting Black Saturday bushfires in 2009 said that 82% of people remained resilient.[2] Approximately 400 fires were recorded across Victoria; 173 people tragically lost their lives from the series of fires in 2009 and 414 were injured.[3] But as one study Bryant was involved in found, “Several years following the Black Saturday bushfires the majority of affected people demonstrated resilience without indications of psychological distress.” Only a minority required services for persistent problems.

Responding to recent mental health experts expecting a “tsunami of mental health disorders” from COVID, Bryant stated: “We know that time and time again over every disaster, including previous pandemics, most people will end up being resilient.” [4]

One of those doomsday mental health “experts” was Dr. Ian Hickie who, writing in The Guardian in the UK, claimed “the potential mental health and suicide impacts resulting from the massive economic and social dislocation caused by Covid-19 are front and center internationally.” He further reported a “predicted 25-50% increase in suicides over the next five years” according to his Brain and Mind Centre at the University of Sydney, of which he is co-director of health and policy. Hickie reported that the Australian health minister, Greg Hunt, made “Covid-19-precipitated mental ill health the same status as physical ill health.” The government has announced AUS $48.1m (U.S.$32 million) in additional funding for mental health.

Hickie, along with his cohort, psychiatrist Patrick McGorry, are the co-founders of Australia’s national headspace: Youth Mental Health Centers in Australia which treat 12-25-year olds. Researchers have criticized the centers for being used as “’clinical laboratories’ for applied research.”[5] McGorry and Hickie were part of a joint statement on COVID-19 issued on May 7, that predicted “increases in youth suicide and a surge in demand for specialist mental health services,” and the telltale “calling for long-term modelling and investment in mental health to guide critical decision making in social, economic, and health policy to help Australia transition out of the coronavirus pandemic.” That “modeling” is based on one developed by the Brain and Mind Centre, and Australia’s The National Health and Medical Research Council (NHMRC) Centre for Research Excellence on prevention of youth suicide (YOUTHe), in which McGorry’s research group Orygen and the University of Melbourne are partnering. McGorry is the Professor of Youth Mental Health at the university.

It’s easy to “predict” that from such demands that this could lead to increased antidepressant and other psychotropic drug prescriptions, with individuals uninformed that the drugs can actually induce suicide prescribed to “prevent”—and that those suicides will be attributed not to the drugs but to “COVID-19 related” issues.

Hickie has served on the professional advisory boards convened by the drug industry in relation to specific antidepressants made by Bristol-Myers Squibb (BMS) and Eli Lilly and has led projects funded in part by BMS, Pfizer, Eli Lilly, Wyeth and Servier.[6] He has served on advisory boards convened by the pharmaceutical industry in relation to three specific antidepressants.[7]

McGorry is renowned for his debunked dangerous theory that pre-drugging adolescents with antipsychotics can prevent psychosis.[8] Mental health specialists told Australia’s Sunday Age that the focus on early intervention for adolescents and young adults had been “massively oversold” by the “McGorry lobbying machine.” “It’s extremely worrying that the government is listening to professional lobbyists who have a massive personal investment in the programs they’re recommending – and they are undoubtedly overstating the evidence. There’s a massive conflict of interest there,” said Professor David Castle from Melbourne’s St. Vincent’s Hospitals, referring to both Hickie and McGorry.[9]

McGorry has had financial ties to the drug companies, Janssen-Cilag, Eli Lilly, Bristol-Myers Squibb, AstraZeneca, Pfizer and Novartis. He has also received honoraria for consulting and teaching from Roche, Lundbeck, and Astra Zeneca. His Orygen Centre operates four of the 27 headspace centers in Victoria.   Orygen has also been funded by drug companies Eli Lilly, AstraZeneca, Janssen-Cilag and Bristol-Myers Squibb.[10]

In the U.S., the American Psychiatric Association (APA) has purported that those put in isolation are “more likely to develop PTSD or increase substance use;” that the required excessive cleaning of hands could lead to compulsions;[11] and that almost 60% feel that the virus is having a serious impact on their day-to-day lives.[12] APA posted on its website that an “anxiety pandemic” is following fast on COVID’s heels.[13]

Perpetuating this, on May 21, the American Psychological Association released the results of a 10-point subjective survey of parents with children under 18, asserting that 46% rated their average stress level regarding the pandemic as 8, 9 or 10 on a 10-point scale. An article quoted Charles B. Nemeroff, professor and chair of the department of psychiatry at Dell Medical School at the University of Texas at Austin and president-elect of the Anxiety and Depression Association of America (ADAA). He stated: “This kind of chronic stress brings about, for all those people who have never had anxiety before, it sort of overwhelms them.” Pharmaceutical companies, including AstraZeneca, Eli Lilly, Forest Laboratories, GlaxoSmithKline, Pfizer, Solvay Pharmaceuticals, and Wyeth fund ADAA.[14]

Nemeroff came under federal investigation for his failure to declare $1 million he took from pharmaceutical companies. He’d taken the money while conducting supposedly unbiased research for the National Institutes of Health on drugs made by the companies he was receiving money from. A front-page report by The New York Times in October 2008 said that congressional investigators found Nemeroff had received $2.8 million in consulting deals with drug makers over seven years and failed to report at least $1.2 million of that to Emery University.[15]

The Wall Street Journal reported at least some of the warnings about the drugs: “Because benzodiazepines can reduce the body’s drive to breathe, overdoses can be deadly” and the drugs “can be difficult to stop, too. Withdrawal symptoms can include a surge in anxiety, tremors and, in some cases, seizures. The medications can be particularly dangerous for older adults: In seniors, their use is associated with falls and cognitive problems.” Overdose deaths involving benzodiazepines more than quadrupled between 1999 and 2013, according to a study published in 2016 in the American Journal of Public Health.[16]

CCHR’s online psychiatric drugs side effects searchable database is an excellent resource for finding free information about adverse effects of psychotropic drugs and the many drug regulatory agency warnings about them.

CCHR is fully aware of how the country’s challenging times (with its own staff part of the stay-at-home restrictions) and how, generally at a societal level, it can impact mental and physical health. But APA and other mental disorder groups making claims that high percentages of people will be anxious, depressed or have PTSD (based largely on surveys of a small number of people, and often with a Public Relations firm spin) is self-serving to rake in future profits. CCHR is researching more articles that convey how individuals’ innate resilience, including that which comes with a recovered economy and job safety, is most likely to be a winning “medicine.”

[1] “Blitz Spirit: Fortunately for the COVID-19 generation, history suggests we often rebound from mass trauma events,” The Australian, 25 May 2020,  https://www.theaustralian.com.au/inquirer/covid-health-crisis-trauma-could-be-overstated/news-story/a6146f9449f3748d1e21c2d1f11ad310

[16] “More People Are Taking Drugs for Anxiety and Insomnia, and Doctors Are Worried,” Wall Street Journal, 25 May 2020, https://www.wsj.com/articles/more-people-are-taking-drugs-for-anxiety-and-insomnia-and-doctors-are-worried-11590411600