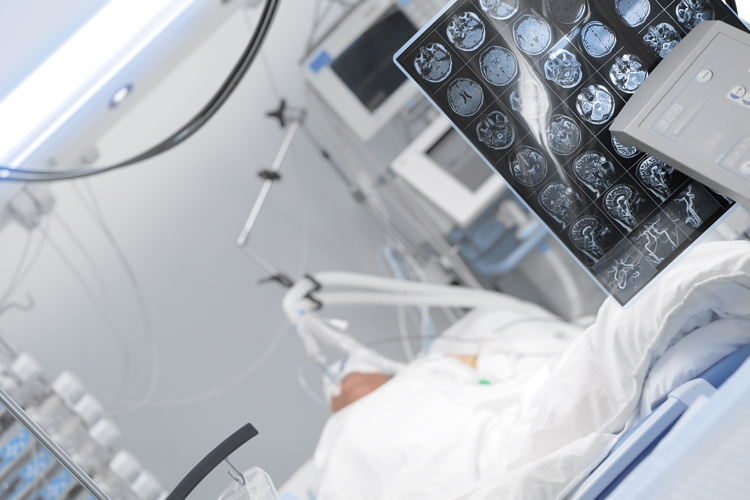 “With such serious risks, Congress should question how the FDA has allowed ECT to remain on the market without clinical trials and its reliance upon biased studies. It should also compel NIMH and universities that have conducted studies on ECT using federal funds to turn over any unpublished studies with negative outcomes.” — CCHR International

CCHR says ECT studies showing memory loss and brain damage should be made publicly available; calls on Congress to investigate FDA’s biased research that allows 5-year-old children and the elderly to be electroshocked

A Southern District of New York federal judge has ruled that drug companies, device manufacturers, and universities must turn over missing data from hundreds of clinical trials conducted in the United States from 2007–17. Government agencies including the National Institutes of Health, Health and Human Services, and the Food and Drug Administration (FDA) for years have misinterpreted a law requiring them to collect and post data to ClinicalTrials.gov, a publicly accessible government database. If it is upheld, the ruling would make it harder for companies to keep unfavorable results from the public.[1] Mental health watchdog group Citizens Commission on Human Rights (CCHR) said this studies showing negative outcomes of electroconvulsive therapy, also known as electroshock or ECT, be made public.

CCHR believes the FDA relied upon biased studies to reduce the risk classification of the ECT device in its Final Rule in December 2018 to make electroshock widely available. It says that the studies were a conflict of interest based on a biased, false premise that electroshock is “safe and effective,” despite not a single clinical trial submitted by the ECT manufacturers supporting this. CCHR wants Congress to investigate the FDA’s reliance upon these studies and the potential failure to demand all study data showing long term risk. The recent federal judge’s decision has reinforced CCHR’s resolve.

The investigation should include how those aged five and younger and frail elderly are being electroshocked when no clinical trials support this, it says. Research shows that senior citizens who received ECT died at over six times the rate of those who did not undergo it.[2]

CCHR’s latest documentary, “Electroshock—Therapy or Torture,” belies the study outcomes the FDA cited in defense of ECT. The documentary has already surprised many who thought ECT was banned in the 1970s following Jack Nicholson’s character in One Flew over the Cuckoo’s Nest being subjected to it and psychosurgery. Psychiatrists today want to divorce public opinion from that depiction, but Jan Eastgate, president of CCHR International, says despite apparent trappings to reduce electroshock’s damage—such as anesthetic and muscle relaxants—“ECT is just as harmful today as it was when it was invented in 1938 to make pigs more docile before they were slaughtered.”

Electroshock involves shooting up to 460 volts of electricity through the skull and body to create a grand mal seizure that can last up to half an hour. The potential voltage in a single shock treatment uses 2,300 times the electricity the brain uses to function.[3]

The documentary reveals through depositions that psychiatrists often have little knowledge of the electricity they use or the mechanics of how ECT works. As shown, one psychiatrist who has administered 1,800 ECTs, could not define electrical terms and when asked in deposition, “Do you tell your patients about your level of understanding of the resistance of the brain to the electricity you’re sending through it?” answered, “No.” He was further questioned, “Do you think they may want to know before they lay their head down on the operating table to have you give them shock treatment?” Answer: “No one’s ever asked.”[4]

Eastgate testified before a FDA public hearing on ECT in 2011. She states, “The FDA asked a panel of experts to determine how to ‘mitigate’—not ‘eliminate’—the risks of ECT, which included cardiovascular and pulmonary complications, physical trauma, prolonged seizures, skin burns, stroke, and death.” She reported that one psychiatrist was relieved to hear that they only needed to “lessen in force or intensity or moderate” the damage, not get rid of it. [5] In the Final Rule, the FDA claims that informing patients of selective adverse effects—but not all risks, such as brain damage—and obtaining their consent is a form of mitigation.

Patients have complained of brain damage, irreversible memory loss and cognitive dysfunction. However, FDA has dismissed this as “anecdotal.” In its Final Rule on ECT, it stated, “FDA acknowledges receiving comments from patients and other individuals about their experience with the device…however, FDA does not consider such comments to be valid scientific evidence.”

North America represents nearly half of the global ECT device sales market estimated at around $14 million per annum. However, with hospitalization and costs for psychiatrists and anesthetists administering the ECT, the electroshock market is a lucrative $5 billion a year in the U.S. alone.

With the FDA reducing the risk classification of the device, opening the door for its wider use, as one psychiatrist put it to the FDA in 2011, ECT could be a recommended treatment for 4.6 million Americans—a 4,500% increase in patients currently receiving it and a commensurate percent in increased revenue.

What is also disturbing, CCHR says, is that neurologists do everything they can to prevent seizures in epileptics to prevent brain damage, but psychiatrists are paid to induce these with ECT. Neurologist Ken Sharlin points out in CCHR’s documentary that “Having recurrent seizures potentially reduces the life span of that individual. It has an impact on mortality.”

CCHR adds that with such serious risks, Congress should question how the FDA has allowed ECT to remain on the market without clinical trials and its reliance upon biased studies. It should also compel NIMH and universities that have conducted studies on ECT using federal funds to turn over any unpublished studies with negative outcomes.

Sign CCHR’s petition in support of banning ECT which already has more than 114,000 signatures.