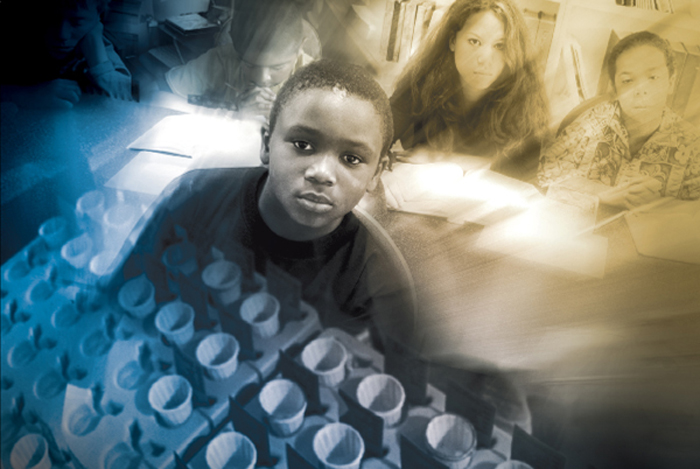 “The Oregon bill is a step in the right direction, but all states should have regulations that prohibit the use of chemical and physical restraints on any child—foster youth or not.”

Legislation is needed to curb the placement of foster youths in for-profit psychiatric facilities while lack of Medicaid oversight of them being drugged and chemically restrained creates a nation of child neglect, watchdog accuses

Legislation introduced in Oregon calls for better oversight of for-profit behavioral hospitals where foster children have been chemically and physically restrained.[1] It’s a measure that Citizens Commission on Human Rights International (CCHR), a mental health industry watchdog applauds and has argued for since 2015 when it discovered that private psychiatric hospital chains were profiting from Medicaid-covered children being admitted to their facilities, including those in foster care.

Other states as well as various tribal governments, sent kids, including foster youths, to Acadia Montana for treatment.[4] Acadia Montana closed last year after a 9-year-old Oregon girl who was placed there there was found chemically restrained and frequently put in seclusion. Annette Smith, a public defender who represented the girl, contacted state Oregon Senator Sara Gelser, who chaired the Senate Committee on Human Services about the injections being given the child.[5] Children aged 5 to 18 were treated for “behavioral” issues that included hyperactivity and so-called “oppositional defiant disorder,”[6] conditions CCHR says are highly subjectively based.

The Center for Health Journalism pointed out some kids taken into state custody are admitted to “treatment foster care” facilities managed and overseen entirely by for-profit and nonprofit companies. Kids—especially teens—are “disproportionately placed in treatment programs for behavior not uncommon for their age, like smoking pot or sneaking out at night with friends.” According to the July 2018 article, “It’s time to start asking hard questions about treatment foster care near you.”[7]

Starting in 2015, CCHR’s reports to legislators in every state asked such questions—pointing to children being a lucrative market for for-profit psychiatric facilities. According to Acadia’s 10-K SEC filing, “Management believes that children and adolescents are a patient class that is less susceptible to reductions in reimbursement rates.”[8]  It estimated that the Child and Adolescent Behavioral Healthcare market alone would have reached $11 billion in 2014.[9] Acadia’s 2018 Annual Report recorded total revenue of $3.01 billion, up 6.2% compared with $2.84 billion in 2017.[10]

Utah state regulators recently criticized Sequel’s Red Rock Canyon School that closed in August 2019 after “numerous accounts of mistreatment, abuse, acts of violence and overall disrespect toward residents[11]” According to The Salt Lake Tribune, the closure was “amid intense scrutiny following [an] April riot and revelations about the number of staffers accused of assaulting students.”[12] Caleb La Chance, a former resident of the facility, who was in foster care from the age of 5, told Oregon legislators in February that he had been assaulted twice by staff members and had been a part of a riot that left several teens injured. He now wants to help change the way foster children are treated.[13]

Sequel’s Mount Pleasant Academy in central Utah was also shut down, due, the company said, to low enrollment. But Senator Sara Gelser told The Salt Lake Tribune she was concerned the foster children from her state were not safe, at Red Rock and other Sequel facilities.[14]

The Oregon Department of Human Services also vowed that it will no longer send kids to any other facility run by Acadia Healthcare.[15]

The chemical restraint of foster youth continues despite in 2011, the Department of Health and Human Services (HHS) stating its concern about the use of psychotropic drugs among children in foster care. Foster children represented 3% of children covered by Medicaid, yet, based on a study of pharmacy claims in 16 States, they were enrolled in Medicaid and prescribed antipsychotic drugs at nearly nine times the rate of other children receiving Medicaid.[16]

As exposed in 2019, one in four children in foster care between ages 6 and 17 are administered at least one psychotropic drug. A significant number of children are given a combination of two, three, or four drugs at the same time.[17] Nearly one-quarter (24%) of children eligible for child welfare assistance used a psychotropic drug, almost five times the rate of children eligible on a basis other than disability or child welfare assistance (5%), according to Medicaid and CHIP Payment and Access Commission (MACPAC).[18]

Reported in March 2018, a Medicaid statewide quality improvement (QI) collaborative was developed to improve antipsychotic prescribing practices for children. Despite known safety concerns, antipsychotic use among youths, particularly those insured by Medicaid, had increased dramatically over 20 years. Analysis of 2007–2009 data from the U.S. Government Accountability Office (GAO) estimated that antipsychotic use by Medicaid-insured youths increased at over twice the rate among privately insured youths. Furthermore, despite lack of supporting evidence and increased risk of adverse effects, use of multiple antipsychotics for youths was a common practice, with estimates ranging from 4.2% to 9.9%.[19]

Dangerous antipsychotics are not the only drugs administered foster children.  CCHR International recently filed Freedom of Information requests for state information on the number of 0-17 Medicaid recipients was prescribed psychotropic drugs. To date, 11 states have responded reporting stimulants are the top class of drugs prescribed in 10 of these states. Between 2013 and 2017 (the latest figures available), a total 616,594 Medicaid covered children and adolescents in 11 states alone were prescribed psychiatric drugs, of which 73,523 were aged 0-5.

A September 2017 retrospective, cross-sectional study of 3, 271 081 Medicaid-enrolled children also revealed that stimulants (amphetamine-type) accounted for both the highest proportion of expenditures (20.6%) and days of prescription drug use (14.0%) among all medication classes; antipsychotics represented 9.4% and antidepressants 5%.[20]

The Oregon bill is a step in the right direction, but all states should have regulations that prohibit the use of chemical and physical restraints on any child—foster youth or not.

But governments are not learning from this pattern of abuse that has been occurring for decades. Penalties for abuse and fraud clearly is not a deterrent.

In the 1990s, CCHR was instrumental in exposing abuse, fraud and excessive drugging of patients in the for-profit psychiatric industry, namely in a chain of hospitals owned by Psychiatric Institutes of America and National Medical Enterprises. In 1991, The New York Times reported that investigators, looking into psychiatric hospitals that were operated for-profit, uncovered evidence of fraud and abuse.[21] The in-depth article addressed the following:

Nothing much has changed other than the names of for-profit hospital chains—further evidence that oversight has failed to identify abuses and bring them to account. Consider the following since December 2019.

Because Medicaid is a pipeline for the for-profit mental health system and the excessive drug prescribing within it, CMS should also be curbing the mass psychotropic drugging of Medicaid-eligible children and teens while those psychiatrists prescribing the drugs require closer scrutiny of their practices and action taken where abuse is found.

[11] “Violence, sex abuse and mistreatment: Utah officials threaten to pull the license of this St. George school for troubled youth,” The Salt Lake Tribune, 17 May 2019, https://www.sltrib.com/news/2019/05/17/violence-sex-abuse/