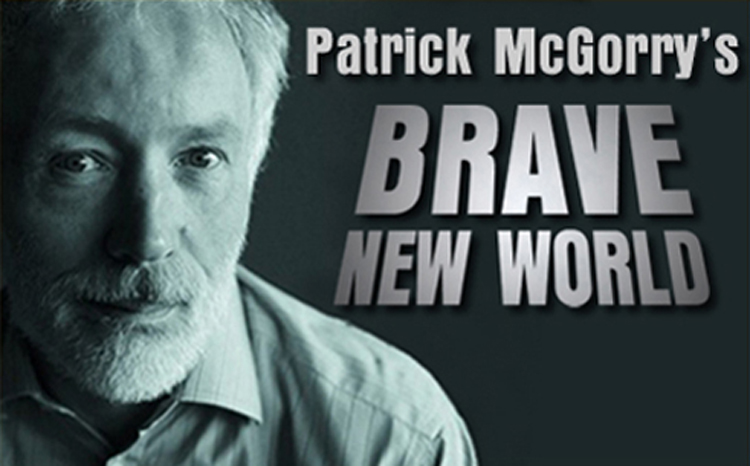 “Huxley’s Brave New World has long been a reality in the mental health field; infants and children are being screened, then labelled with ‘disorders’ without a shred of scientific evidence to support them and no medical tests to confirm them, followed by being chemically controlled. When those drugs fail, then psychiatrists resort to amping up the damage—literally—with the use of electroshock. We must demand more of our governments to arrest and eradicate this abuse.”

While the United States unfortunately leads the world in labeling [1]

its children with mental “disorders” and drugging them, Australia seems determined to take over the dishonorable title. IQVia reports that in the U.S. 2.1 million 0-17 year olds are already prescribed antidepressants and another 1.1 million are on antipsychotics.[2] Australia has the fourth highest rate of antidepressant use in the world and the number of children and teens taking these have increased by almost 60% in the past five years.[3] This is despite warnings that the drugs can induce suicide in this age group.  The government’s Productivity Commission investigating mental health policy recently proposed that 1.25 million children ages 0-3 be screened for “mental illness” or “emerging mental illness.”[4]

Irish-Australian psychiatrist Patrick McGorry—a paid consultant for and recipient of speaker’s fees from AstraZenecca, Janssen-Cilag, Eli Lilly, Novartis, Sanofi, Bristol Myers Squibb and Pfizer—who also speaks at American Psychiatric Association (APA) conventions, is a cheerleader for “early intervention.”[5] He purports that certain mental disorders can “manifest” at age three and mental health checks should be conducted again in middle childhood and early adolescence. “As young as three, we know that infants can present signs of emerging behavioral disorders which, if they’re not caught in time, they’re not treated, can become a very serious problem in primary school and develop into quite serious mental illness in adolescence,” he claims.[6]

This Brave New World scenario is about to get worse with efforts to screen more infants and children for signs of “at risk” behavior and emotions, not only in Australia but also in the U.S.

But children are evaluated based on subjective, rather than scientific-based questions or medical tests and now the push is to predict the onset of emerging disorders and potentially drug the child for ‘prevention.’ Which brings us back to McGorry, but more on that later.

Further, the Productivity Commission suggests teachers should be trained to recognize mental health “risks.”[7] It also recommends universal screening for perinatal “mental illness,”[8] which could mean that before children are even born they may be damaged from antidepressants or electroshock treatment prescribed pregnant women. [9] McGorry says he warmly welcomes the majority of the Commission’s interim report’s recommendations.[10]

CCHR Australia is calling for people opposed to mental health screening of 0-3 year olds to submit comments to the Productivity Commission by January 23, 2020 at https://www.pc.gov.au/inquiries/current/mental-health/make-submission#lodge

“At risk” has become a highly contagious and commercial term. It is used to justify ‘early intervention,’ sometimes theorizing that pre-drugging a person can prevent mental disorders, of which one was called Psychosis Risk Syndrome (PRS). Compare this to the 1932 novel, Brave New World, in which Aldous Huxley depicted a utopian but controlled civilization, using the “technique of suggestion—through infant conditioning and, later, with the aid of drugs.”[11] Psychiatric drug sales have now reached more than $80 billion a year.

Championing PRS was McGorry, who currently endorses the idea that all Australians should be taxed an additional mental health levy to pay for psychiatric services. The State of Victoria is already set to implement this next year, despite improvement failures of a similar tax in California.

In California, where millionaires are taxed 1% of their income to pay for the state’s mental health services to the tune of about $2 billion a year, the results are with dismal to say the least, and Australia can expect the same.  An estimated 1.5 million children and youths in California are prescribed psychotropic drugs.[12]  One in nine high school girls in California attempted suicide in 2015.[13] Psychiatric drug use in jails increased 25% in the last five years.[14]  A recent Los Angeles Times investigation found records of 100 deaths in California psychiatric institutions, of which 50 were for suicides. [15]

McGorry’s program, “Headspace: Youth Mental Health,” will likely benefit from the Australian tax. Already, between October 2018 and January 2019, the Australian government has invested AU$208 million (US $143m) in Headspace.[16]

McGorry speaks at U.S. and international psychiatric conferences about his program and the former director of the U.S. National Institute for Mental Health endorsed this.[17]  That makes his current ideas troubling for U.S. which already sees massive drugging of its youths.

Professor Alan Francis, chairman of the Diagnostic and Statistical Manual for Mental Health (DSM-IV) Taskforce, condemned McGorry and PRS, pointing to a Cochrane review that discredited McGorry’s extravagant claims for early intervention. The rigorous review of the scientific literature concluded “there was insufficient scientific evidence to support McGorry’s grand assertions that early intervention programs promote enduring change and can reduce the lifelong burden and cost of illness.”[18]

PRS was dropped by the DSM5 Committee in 2013 because it would have led to large numbers of young people being drugged, according to The Australian.[19] Mental health specialists also said the focus on early intervention for adolescents and young adults was ”massively oversold” by the “McGorry lobbying machine.”[20]

An independent evaluation of headspace in 2015 revealed that of the 26,058 evaluated 12-25-year-olds, only 13% had a “clinically significant improvement,”29% had no change and an unacceptable 24% either declined or significantly worsened.[21]

An audit of the medical records of another of Mc. Gorry’s programs, Orygen Youth Health in 2012, found a majority of depressed 15 to 25-year-olds were given antidepressants before they had received adequate counselling and fewer than half were followed up to see whether their symptoms had improved or to check for side effects, which can include an increased risk of suicide.[22]

Studies also point to serious potential risks in people who use antidepressants with a 14% higher risk of heart attacks and strokes and a 33% greater risk of death, according to findings in a meta-analysis of 17 studies that was published in 2017 in the journal Psychotherapy and Psychosomatics.[23]

Mental health screenings spell disaster for toddlers, children and youth.  And we should be questioning such terms as “emerging mental illness,” which smacks of the same Brave New World agenda as PRS.

Australia already attempted early mental health screening between 2012 and 2015, with the expansion of a physical check called the Healthy Kids Check to include screening for “mental illness” of 3 year olds. This was scrapped in 2015 due to immense criticism from the public and professionals.[24] New Zealand introduced 4 year olds being screened and within four years, prescriptions of antidepressants to those aged up to four increased by 140%.[25]

Yet here it is raising its ugly head again.

The Australian Productivity Commission is questioning why, despite “the rising expenditure on healthcare, there has been no clear indication that the mental health of the population has improved.”[26] Yet, investigations appear directed more at how to increase already heavily funded programs rather than their failure.

And understandably so given that the Australian Productivity Commission appointed Professor Harvey Whiteford as the mental health inquiry’s Associate Commissioner. This is a psychiatrist who designed and oversaw implementation of Australia’s National Mental Health Strategy 1993-2002 that should have improved matters.[27] Between 2008 and 2012 alone, his company received more than AU$1.1 million ($758,000) from the Australian Department of Health to provide planning and services for national mental health reform.[28]

Clearly those reforms did not improve the system as evidence by the need for yet more government inquiries. Arguably, Whiteford has a vested interest in pouring more taxpayer dollars into the industry that has failed.

Australia has a history of such conflicts. In 2011, The Australian exposed how the country’s redevelopment of “ADHD Guidelines” heavily cited a US psychiatrist, Joseph Biederman, who at the time had been sanctioned by Harvard University for violating conflict-of-interest rules. A doctor chairing the guidelines committee was also forced to resign his lead position after his ties with pharmaceutical companies that produce ADHD drugs were exposed.[29]

There has been an expansion of psychiatric services globally over the past 35 years, which has led to a dramatic increase in the use of antidepressants and other psychiatric drugs. It has not worked. A Lancet report acknowledges this failure. A recent analysis of data from 1990 to 2015 from four high-resourced countries (Australia, Canada, England, and the U.S.) show that “the observed prevalence of mood and anxiety disorders and symptoms has not decreased, despite substantial increases in the provision of treatment, particularly antidepressants, and no increase in risk factors.”[30]

With all this, Huxley’s Brave New World has long been a reality in the mental health field; infants and children are being screened, then labelled with “disorders” without a shred of scientific evidence to support them and no medical tests to confirm them, followed by being chemically controlled.  When those drugs fail, then psychiatrists resort to amping up the damage—literally—with the use of electroshock.  We must demand more of our governments to arrest and eradicate this abuse. As an initial step, stop the gravy train funding of it. And ensure governments are not abused to enforce mandated mental health screening of any child—indeed, anyone.

[16] $51.8 million https://www.pm.gov.au/media/support-headspace-boosts-youth-mental-health; plus $47 million $110 million for a number of headspace centres around the country to provide specialist clinical services for young people at the early stages of severe mental illness and a total investment of more than $208 million in headspace since October 2018,” “$47 million for headspace to support youth mental health,” Ministers Dept. of Health, 9 Jan. 2019, https://www.health.gov.au/ministers/the-hon-greg-hunt-mp/media/47-million-for-headspace-to-support-youth-mental-health,;

[21] “Is headspace making a difference to young people’s lives? Final report of the independent evaluation of the headspace program,” UNSW, 2015 pp.3, 4, ,42, https://headspace.org.au/assets/Uploads/Evaluation-of-headspace-program.pdf.