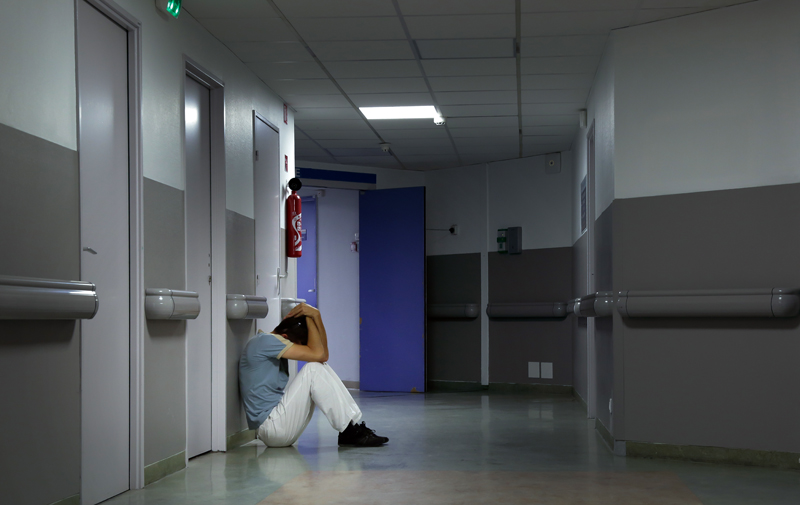 “There should be more effective and accountable oversight for the for-profit behavioral industry. This requires much stronger penalties than a few million dollars in fines should systemic patient abuse and/or fraud be established. Increased safeguards are needed including jail penalties.”

Universal Health Services (UHS), which owns a chain of for-profit psychiatric facilities in the U.S. and the United Kingdom, recently agreed to pay $127 million to settle a U.S. Department of Justice (DOJ) civil probe into alleged fraud. The settlement is subject to approval.[1] But the proposed settlement is insufficient to send an adequate warning to other for-profit behavioral facilities accused of patient abuse and healthcare fraud.

Media reports on the UHS payment said the company “has been dogged by the DOJ investigation into false claims allegedly submitted by its behavioral health facilities.” While under investigation, adverse reports persisted and in 2017, Senator Charles Grassley called for a Federal probe into UHS’s psychiatric hospital sector stating, “The continued reporting on UHS facilities shows a disturbing trend of behavior,” pointing to the then recent allegations that “cause significant concern about whether UHS has the ability to adequately manage the facilities under its control.”[2]

Former U.S. Rep. Bart Stupak, writing in The Hill in 2017, pointed to the waste, fraud and abuse of government funds associated with the treatment of opioid addiction. The examples he used of potential fraud were psychiatric chains: Psychiatric Solutions Inc. (PSI), bought by UHS, with PSI executives moving to take over Acadia Healthcare. Rep. Stupak said PSI put “profit ahead of care and was surely a questionable recipient of taxpayer funds,” further stating that as Chairman of the House Energy and Commerce Committee’s Oversight Subcommittee, “I would have immediately launched an investigation into Acadia, or at a minimum, would have encouraged the Centers for Medicare and Medicaid Services to review the Medicare and Medicaid charges made by UHS and Acadia.”[5]

Two years later Acadia closed 10 of its childcare facilities in Arkansas, claiming budgetary reasons, but this followed manslaughter charges being filed against several of its staff for leaving a five-year-old boy strapped in a van that reached temperatures of 141-degrees that killed him.[6]

For decades Citizens Commission on Human Rights (CCHR) has investigated allegations of abuse and potential fraud in for-profit psychiatric facilities. Since 2015 alone, over 18,000 official complaints have been filed with Federal and State authorities and legislators. A CCHR International report on the issue published in December 2018 highlighted how companies like UHS and Acadia Healthcare get billions of dollars in Medicaid and Medicare funding.

Allegations of sexual abuse of patients in the for-profit behavioral hospital industry are rife.  Last year, UHS closed its Timberlawn psychiatric hospital in Texas in the wake of allegations that a 13-year-old girl was raped at the facility.[8]

In April 2019, Acadia-owned Desert Hills of New Mexico was “shut down amid egregious abuse allegations, multiple lawsuits and losing its certification from state regulators,” as reported by Nashville Post. Seven lawsuits had been filed against the facility and its parent company alleging the company failed to protect its clients from physical and sexual abuse from its workers and other patients. “The suits cite internal fight clubs instigated by facility staff members, sex between staff and young patients, the unchecked spread of HIV among patients and excessive use of restraints on children—more than 30 times in 60 days, according to filings.”[9]

Sequel Youth and Family Services (Sequel), which is privately owned and operates 44 behavioral healthcare programs in about 20 states,[10] has also come under scrutiny over patient sexual abuse allegations regarding some of its facilities. There are serious concerns in that there are 60 Oregon foster youth placed in out-of-state facilities, the majority of which are in facilities owned by Sequel.[11] According to its 2017 report to investors, it had 2,600 residential bed capacity and over 6,500 community based programs. Services focus on at risk adolescents, aged 12-18.[12]

Sequel reported in its investor presentation that youth behavioral health was worth $11 billion while there is an estimated $35 billion market for substance use disorder.

Allegations against Sequel facilities include:

After a report showed that Clarinda was causing harm to the youth who were placed there, Washington State stopped sending children in their custody to the facility.[30] Woodward Academy, also owned by Sequel in Iowa also came under scrutiny when the Des Moines Register investigated both schools.[31]  In interviews with students, in an investigation by Disability Rights Washington in early 2018, there were consistent allegations of verbal and physical abuse.[32]

Red Rock Canyon School (RRCS) in St. George, Utah was already in trouble before Sequel acquired it and three other facilities in Iowa in 2016. In 2012, Diarra Niccole Fields, a staffer from RRCS was arrested and charged with sexually abusing three male students.[33] Fields pleaded guilty to felony forcible sexual abuse and was sentenced to 210 days in jail and 36 months supervised probation.[34]

Recent controversy over RRCS led to Sequel’s decision to close the facility.  On April 28, 2019, a two-hour riot erupted at the facility, with police, medical and SWAT forced to respond. 25 students were injured, of which five were transported to the hospital for more serious treatment, including one student who required staples to close a gash on the back of his head.[36] The Salt Lake Tribune reported that, since 2017, the police had been called to the St. George School 72 times and 24 staffers were investigated for child abuse.[37]

The state Department of Human Services found the school to be in violation of more than 10 rules and regulations following an investigation prompted by a “riot” reported in April.  According to the DHS, the facility had not provided the required ratio of staff members to students and allowed some staff members’ background screenings to expire, among other violations.[38]

The state of Oregon was sending foster care children to this facility, as did Washington State, but Washington removed their children in light of the allegations.[39]

In May, Oregon Child Welfare officials visited RRCS, which is in a former hotel, and issued a positive report. However, “as soon as the Oregon assessment was issued, a much more damning report came to light. It highlighted severe understaffing at Red Rock Canyon, which it said led to violence, sexual misconduct and both staff and residents feeling unsafe,” reported OBP radio.[40]

In July, Sequel announced it was closing the facility after the reports of sexual abuse and violence between students and staffers surfaced.[41]

It was not the first riot on a facility contracted with Sequel.  In September 2018, a riot broke out at Palm Beach Youth Academy in Florida. Six boys, one of whom had turned 18 in June, were arrested on charges of battery on detention-center staff.  The facility houses boys ages 15 to 21 who are considered to by the Florida Department of Juvenile Justice to be high-risk and in need either of mental-health or substance-abuse treatment. The facility, previously called the Palm Beach County Juvenile Correctional Facility, switched hands in 2016 after a slew of allegations involving deplorable living conditions, sexual abuse and violence surfaced.[42]

Since 2015, CCHR International and its Florida Chapter have worked together investigating and exposing alleged abuses in for-profit behavioral chains that have been accused of abused the Baker Act to involuntarily commit patients and detained them for their insurance.[48] UHS has some 16 behavioral facilities in Florida,[49] while Acadia has at least five mental health and substance abuse facilities.[50]

Allegations have also been made about patient sexual abuse. UHS closed its National Deaf Academy in 2014 following scrutiny of abuses reported to police, including three alleging sexual abuse. Allegations also included a patient being punched by a staff member.[51]

In 2017, UHS’s Okaloosa Youth Development Center in Crestview, Florida was closed after state authorities terminated its contract over “serious deficiencies that potentially could threaten the health and safety of the youth placed at the program.[52]

In 2012, UHS’ Milton Girls Juvenile Residential Facility in Florida was closed following incidents of a security video showing a staff member slamming a girl against a wall and a staff member arrested for sexually abusing six girls at the facility.[53]  The mental health technician was sentenced to 25 years prison.[54]

There should be more effective and accountable oversight for the for-profit behavioral industry. This requires much stronger penalties than a few million dollars in fines should systemic patient abuse and/or fraud be established. Increased safeguards are needed including jail penalties.

West Palm Beach County, Florida State Attorney Dave Aronberg’s comments last year mirror our concerns about the abuses being regularly uncovered in psychiatric-behavioral facilities: “This is an entire industry that’s been corrupted by easy money. Unscrupulous actors have taken advantage of well-intended federal law and a lack of any good law at the state level, to profit off people at the lowest stages of their lives.”[55]

[15] “Yet Another Scandal Rocks Utah Home for Vulnerable Children: Police raided the home after an employee reported sex among residents and misconduct by staff,” ProPublica, 21 Mar. 2016, https://www.propublica.org/article/yet-another-scandal-rocks-utah-home-for-vulnerable-children

[35] “Yet Another Scandal Rocks Utah Home for Vulnerable Children: Police raided the home after an employee reported sex among residents and misconduct by staff,” ProPublica, 21 Mar. 2016, https://www.propublica.org/article/yet-another-scandal-rocks-utah-home-for-vulnerable-children