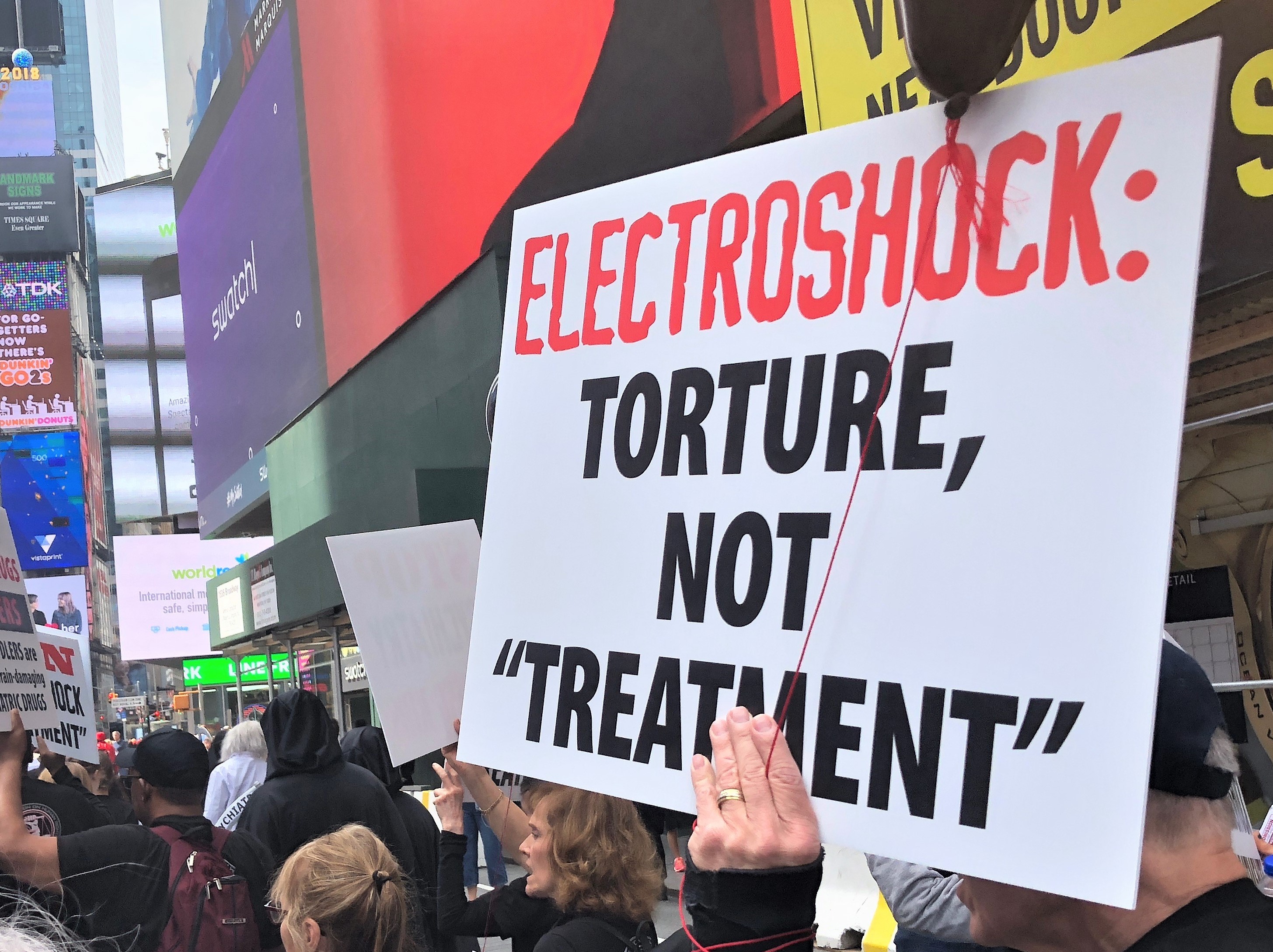 “With no clinical trials proving its safety, electroshock treatment plays Russian roulette with the lives of vulnerable people who are often ill-informed about its long-term effects, including, according to an ECT device manufacturer, permanent brain damage, as well as severe memory loss.”

In a requested statement provided to The Wall Street Journal regarding the use of electroshock treatment (ECT), the mental health watchdog group, Citizens Commission on Human Rights, stated: “With no clinical trials proving its safety, electroshock treatment plays Russian roulette with the lives of vulnerable people who are often ill-informed about its long-term effects, including, according to an ECT device manufacturer, permanent brain damage, as well as severe memory loss.” It can also “cause, not prevent suicide.  Law suits and coroners inquests confirm this, reinforcing the need to ban the torturous practice and insist upon workable, non-invasive treatments that do not harm.”

This was not reported, yet had the inquests, lawsuits and studies upon which the statement was made been researched, the information that electroshock-doctors provided to the WJS would have been refuted, giving consumers and their families some necessary warnings.

The article included the usual disclaimers that ECT “still causes memory loss,” people may have “difficulty forming memories for a few weeks or months after the treatment,” but that newer technology reduces this. However, experts say this is inaccurate, ignoring serious adverse events, including brain damage, which can be permanent.

Rather than prevent suicide—as psychiatrists claimed in the WSJ article—ECT can induce suicide. That would have been important information for readers to know.

Other unqualified psychiatric statements included that ECT is somehow less risky today because shorter pulses of electricity reduces the brain’s exposure to it and electrodes are placed on one side of the head instead of both. Taking their information at face value, the WSJ reported that advances in technology and technique have reduced the severity of memory loss, albeit not eliminating this risk. It also theorized that ECT helps to “realign disrupted circuits,” without citing any evidence to support this.

Other theories are that the grand mal seizure that ECT causes is a therapeutic. However, as Kenneth Castleman, Ph.D. says, the scientific literature fails to establish a mechanism of therapy or to support the belief that the seizures produced by ECT are therapeutic. Further, the amount of electricity that is used in practice is routinely at least six times what is required to produce a seizure.[4]

Of such theories, he says: “The opinion of ‘authorities in the field’ is being substituted for scientific fact.” Castleman has a Bachelor and Master’s degrees in electrical engineering and a Ph.D. in Biomedical Engineering. The latter involves application of engineering techniques to problems in medicine and biology. His entire professional career has been dedicated to scientific research and technology development. He has served on various university and government advisory committees and was a Senior Scientist at NASA for 15 years. He says any newer ECT procedure does not reduce the damage, with data as follows.

And yet despite all this potential damage, psychiatrists boast in the article how studies have been conducted to treat the symptoms of dementia, such as aggression and agitation in the elderly with dementia. Those aged 50 and older and referred for ECT were used in one study.

There was no questioning in the WSJ article about the ethics and rationale behind the Food and Drug Administration’s (FDA) decision last December to lower the risk classification of the ECT device to moderate-risk Class II risk for three disorders that does not include dementia. And whether conflicts of interest may have influenced the decision, when it was clear the ECT device makers had refused to conduct the necessary Class III device clinical trials Congress requires to prove safety and efficacy in order to remain on the market under the Federal Food, Drug, and Cosmetic Act.

Rather, ECT is projected as an option for so-called “treatment-resistant depression,” an arbitrary—not medically or scientifically-based—term to obscure treatment failures.

Dr. Allen Francis, former head of the APA’s fourth edition of its diagnostic manual, also says, “We use terms like treatment-resistance and treatment-refractory, but this is merely an admission of our failure to have a solution.” Further: “We persist in treatment, usually by giving whatever has failed previously in more dosage or by adding new treatments that have little chance of success, but a high risk of side effects.”[7]

CCHR says the FDA, APA and all shock-delivering psychiatrists should study electricity to understand fully what it does to damage the brain, causing cell death and learn from Australian psychiatrist, Niall McLaren who wrote that any psychiatrist who says, “‘You need ECT’ is really only saying, ‘I don’t know what else to do.’ I will repeat: No psychiatrist needs to use ECT.”[8]