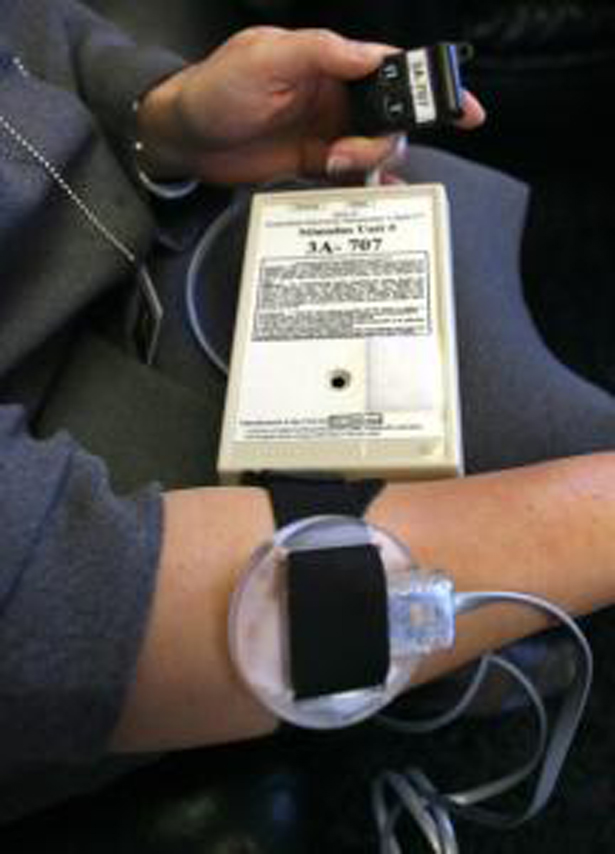 “The FDA continues to procrastinate, as it has done with the ECT, electroshock device, putting individuals at risk of devastating harm.” — Jan Eastgate, President CCHR International

The U.S. Food and Drug Administration announced that it will ban a device that delivers painful electrical shocks to the skin to “modify” behavior in disabled students at the Judge Rotenberg Educational Center (JRC) in Massachusetts. In a publication of its upcoming priorities, FDA Commissioner Dr. Scott Gottlieb said the FDA was planning to issue a final ban of the Graduated Electronic Decelerator (GED) in the fall.[1] But Citizens Commission on Human Rights International (CCHR), a mental health watchdog, says media reports say the FDA may take another year to ban it, leaving children, adolescents and adults at risk from the device. CCHR says that all electrical devices use to alter behavior should be banned, including the electroconvulsive therapy devices, also known as electroshock or ECT machines. These deliver up to 460 volts to the brain causing a grand mal seizure throughout the body. Click here to sign CCHR’s Petition to Ban ECT.

A petition to the Speaker of the House of Representatives in Massachusetts calling for a ban on the skin shocks garnered nearly 270,000 signatures before closing about six years ago. It stated, “Not only does the JRC need to immediately stop this practice but Massachusetts legislators need to make these shock procedures illegal.” It pointed out that students have “no voice of their own to describe their pain. They need your help.”[2] Yet CCHR says the FDA has failed to speedily provide that help which requires the device to be banned immediately. “FDA continues to procrastinate, as it has done with the ECT, electroshock device, putting individuals at risk of devastating harm,” stated Jan Eastgate, international president of CCHR.

The Inter-American Commission on Human Rights (IACHR) also just issued a formal notice known as “precautionary measures” that called for immediate cessation of the electric shocks at JRC. In a seven-page resolution, the Washington-based panel said that the practice poses a “serious impact on the rights” of the vulnerable children at the school, “particularly on their right to personal integrity which may be subjected to a form of torture.”[3]

Both the GED and ECT procedures are equated with torture, added Diane Stein, president of CCHR Florida, and commenting that Florida residents have been treated at JRC.[4] ECT uses anesthesia and muscle relaxants largely in the treatment of “depression,” while the GED is an external skin shock to control behavior in those with severe emotional, behavioral, psychiatric problems, and autism-like disorders. ECT can cause severe memory loss and permanent brain damage—a fact that one of its manufacturers recently admitted.

The skin shock works by “hooking the students up to electrodes worn on different parts of the body.” When the student engages in “forbidden behavior, a staff member administers a shock. Some students wear the electrodes as much as 24-hours a day, seven days a week. And sometimes for years,” according to the ABC News.[5]

Manfred Nowak, the UN’s Special Rapporteur on Torture, wrote to the U.S. government in May 2010, appealing to them to investigate.[6] In 2012, another Special Rapporteur on Torture, Juan Mendez, also formally approached the U.S. government concerned about the procedure and how it “inflicts pain and suffering tantamount to torture in violation of international law.” His remarks followed a video being shown online of then 18-year-old Andre McCollins being given 31 shocks over a seven-hour period in 2002. In the video Andre can be heard screaming and shouting, “Help me. Help me.” He was restrained with belts, face down on a board as the electricity was discharged into his body.[7] About 90 percent of the center’s students are people of color.[8]

Mendez was himself subjected to torture by electric shock at the hands of the Buenos Aires police in 1975.  “I feel very strongly that electricity applied to a person’s body creates a very extreme form of pain,” he stated.[9]

Speaking about ECT used in the treatment of “mental disorders,” Mr. Nowak stated, “Against your will electroshock therapy is in my opinion absolutely prohibited.” He called such treatment, “torture.”[10]

In 2013, the UN again cited the GED in a report on torture, which stated that the FDA had “sent a warning letter to the JRC on 6 December 2012” and that “the use of aversive therapy by JRC has been challenged through a variety of state and federal legislative and judicial actions,” including the Department of Justice’s (DOJ) investigation into possible violations of civil rights laws….”[11] The DOJ condemned the practice.[12]

The updated GED-4 emits 45.5 milliamps of electricity—more than 15 times as powerful as stun belts used on incarcerated adults that deliver shocks of 3 to 4 milliamps.[13] Modern electroshock delivers a pulse of current to the brain that is 7.5 times stronger than electrical fences used to deter wild bears.

In a 2007 interview with ABC, the developer of the JRC skin shock system, a doctor, said the procedure “has no detrimental effects whatsoever.” Further, “And if it didn’t hurt it wouldn’t be effective.  It has to hurt enough so that the student wants to avoid showing that behavior again.” The price tag per student is $200,000 a year, and is financed by tax dollars.[14]  Similarly, psychiatrists dismiss any damage from ECT, while a course of treatments can cost up to $35,000 a year, not including hospitalization costs, in a lucrative $5 billion a year industry.

People are encouraged to write to Laurie Lenkel, Director, FDA Office of the Ombudsman, ombuds@oc.fda.gov and demand the Graduated Electronic Decelerator be banned immediately—not in another year’s time.

You can also write to Taunton’s Bristol County Probate and Family Court, which approves the use of GED shock device on JRC students, to protest the court’s approval of a procedure criticized for its torturous affects.[15] Write to the Register’s Office, Taunton Family and Probate Court, 40 Broadway, Suite 240, Taunton, MA 02780.

Disability rights group ADAPT, the American Civil Liberties Union, IACHR and many others have opposed GED shock.[16] Independently, CCHR has campaigned for a ban on all electric shock devices in the treatment of mental disorders, autism or emotional or aggressive behavior, as a violation of fundamental human rights.

[7] “UN calls for investigation of US school’s shock treatments of autistic children,” The Guardian, 2 June 2012, https://www.theguardian.com/society/2012/jun/02/un-investigation-shock-treatments-autism.