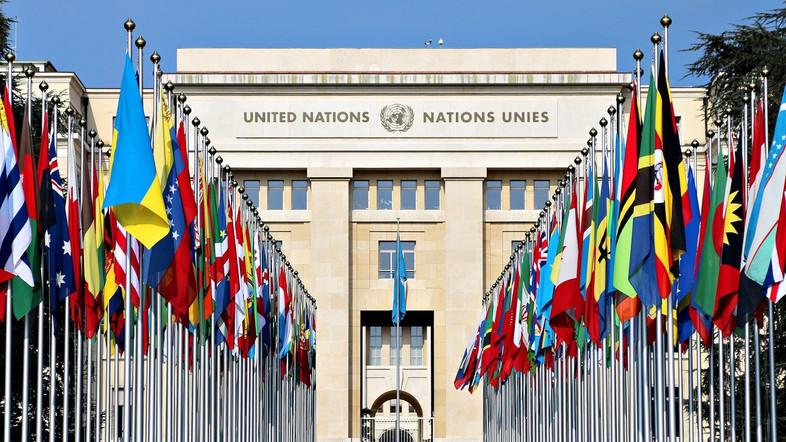 “[Countries] should reframe and recognize these practices as constituting torture or other cruel, inhuman or degrading treatment or punishment….” — United Nations Human Rights Council

The United Nations Human Rights Council has condemned forced psychiatric treatment, including electroshock therapy (ECT), and called for a repeal of laws that allow coercive practices in the mental health field. According to the Council’s recent “Mental health and human rights” report, countries “should reframe and recognize these practices as constituting torture or other cruel, inhuman or degrading treatment or punishment….”[1] The report resulted from a consultation held in Geneva in May, attended by UN Special Rapporteurs, Non-Government Organizations (NGOs) such as Citizens Commission on Human Rights (CCHR) and persons with mental health disabilities.

With this year marking the 80th Anniversary of the use of electroconvulsive therapy, also known as electroshock, CCHR says the report is timely and reinforces the mental health watchdog’s call for ECT to be prohibited. Jan Eastgate, international president of CCHR said, “ECT was invented in fascist Italy in 1938 using 80 volts of electricity.[2] After the initial electric shock had seared through the first patient’s head, he screamed, ‘Not another one! It’s deadly.’”[3] Today, electroshock (electroconvulsive) treatment uses more than five times the voltage used in the 1940s and during the past 25 years alone, there’s been an estimated 7,500 deaths linked to ECT in the U.S. and potentially more than 75,000 worldwide.”

The UN report also published that Special Rapporteur Catalina Devandas Aguilar agreed that “involuntary interventions, such as electroconvulsive therapies, psychosurgery, forced sterilization and other invasive, painful and irreversible treatments, continued to be permitted, contrary to the Convention on the Rights of Persons with Disabilities.”

The Special Rapporteur on torture and other cruel, inhuman or degrading treatment or punishment, Nils Melzer, joined the other special rapporteurs in condemning as unlawful forced institutionalization that may amount to torture and ill-treatment. He drew attention to the fact that people with “psychosocial disabilities often lost their legal capacity, causing them to fall below the radar of legal purview,” which can result in “‘voluntary’ institutionalization through the consent of a third party.” Individuals can then be subjected to “intrusive treatments such as forced sterilization, abortion, contraception, or electroconvulsive therapy, which might also amount to torture and ill-treatment.”

Despite such damning statements—views held by experts since ECT’s inception—the U.S. Food and Drug Administration (FDA) has never required the electroshock device manufacturers to conduct clinical trials proving safety of the devices, nor does the FDA regulate these ECT devices that are equated with torture. “Any person can be given ECT at the whim of psychiatrists that claim it is ‘needed,’ even though they can’t explain how it ‘works,’” Ms. Eastgate said. “Mental health laws throughout the U.S. allow ECT to be given against the patients’ wishes in certain circumstances. Therefore, by internationally recognized standards, non-consenting individuals are being tortured throughout the country.”

CCHR says it’s not the first time the UN committee on torture has defined ECT in terms of torture. On February 1, 2013, Juan E. Méndez, the then Special Rapporteur of the committee warned that the committee “held that the discriminatory character of forced psychiatric interventions, when committed against persons with psychosocial disabilities, satisfies both intent and purpose required under the article 1 of the Convention against Torture, notwithstanding claims of ‘good intentions’ by medical professionals….” Mr. Méndez called upon states to “impose an absolute ban on all forced and non-consensual medical interventions against persons with disabilities, including the non-consensual administration of psychosurgery, electroshock and mind-altering drugs….”[4]

Instead of ensuring brain-damaging electroshock is abolished, the FDA and American Psychiatric Association (APA) want ECT to be more broadly administered with reduced restrictions.

Wayne Ramsay, J.D., a volunteer attorney for the Law Project for Psychiatric Rights wrote that ECT “damages the brain sufficiently to impair whatever thinking the ‘patient’ was engaging in.” The up to 460 volts of electricity used in ECT causes a grand mal seizure. In Understanding the Brain, a course consisting of 18 hours of recorded lectures by Jeanette Norden, Ph.D., Profes­sor of Cell & Developmental Biology at Vanderbilt University School of Medicine and Professor of Neurosciences at Vanderbilt University College of Arts and Sciences, she says: “Each time a seizure occurs, neurons die.”[5] Similarly, in his book When the Air Hits Your Brain: Tales of Neuro­surgery, neurosurgeon Frank Vertosick, Jr., M.D., said that unlike other parts of the body, the brain and spinal cord have little capacity for self-repair.[6]

Yet the APA recommends removing “brain damage” from the ECT consent form.[7] The form claims the electricity used in ECT is “a small, carefully controlled amount of electricity” but omits mention of the actual numbers indicating how much electricity is used, according to Mr. Ramsay. Rather, he said: “The power applied in ECT is nowhere close to small. It could kill the ‘patient’ if the current were not limited to the head.”

Further, the attorney stated: “ECT advocates deceive the public, patients, legislators, and judges by claiming ECT as administered today is different and less harmful than in the past.” But “autopsy study, EEGs, and observation of those who have received ECT indicate those given ECT with anesthesia, a muscle paralyzing drug, and forced breathing of air or oxygen experience the same brain damage, memory loss, and intellectual impairment as those given ECT without these modifi­cations,” he warned.

Commenting on the extent of brain damage that ECT causes, the late neurosurgeon Karl H. Pribram, M.D., said: “I’d rather have a small lobotomy than a series of electroconvul­sive shock…. I just know what the brain looks like after a series of shocks, and it’s not very pleasant to look at.”[8]

Yet U.S. children, including those aged zero to five are given electroshock every year, constituting torture, according to CCHR. In Rhode Island, for example, electroshock is blatantly recommended for children and teenagers as part of its “Youth Suicide Prevention Project.”

The World Health Organization’s Resource Book on Mental Health, Human Rights and Legislation 2005, advises: “There are no indications for the use of ECT on minors, and hence this should be prohibited through legislation.”[9]

ECT doesn’t prevent suicide. A 2017 study by John Read Ph.D., School of Psychology, University of East London and Chelsea Arnold from the School of Psychology, Swinburne University of Technology, Melbourne, Victoria, Australia, reviewed 91 studies on ECT since 2009 and said there are no placebo-controlled studies evaluating the theory that ECT prevents suicide, and “no evidence of any kind, in support of the hypothesis that ECT prevents suicide.” The authors concluded: “Given the well-documented high risk of persistent memory dysfunction, the cost-benefit analysis for ECT remains so poor that its use cannot be scientifically, or ethically, justified.” [10]

In its remarks, the UN Human Rights Council report stated: “During the interactive dialogue, representatives of the Citizens Commission on Human Rights” was “one of many speakers that reiterated the call to shift from the biomedical model and deprivation of liberty in mental health care, to increased focus on the root causes” and “to promote a recovery approach.”  “This needs to start with a U.S., then worldwide ban on the use of ECT so that a humane mental health system can exist,” Ms. Eastgate said.

[3] John Breeding, PhD., “Electroshock: On How and Why It Lingers on Long After Insulin Coma Shock and Lobotomy Are Gone,” Ethical Human Psychology and Psychiatry, Volume 18, Number 1, 2016, http://endofshock.com/EHPPElectroshockLingersOn.pdf?