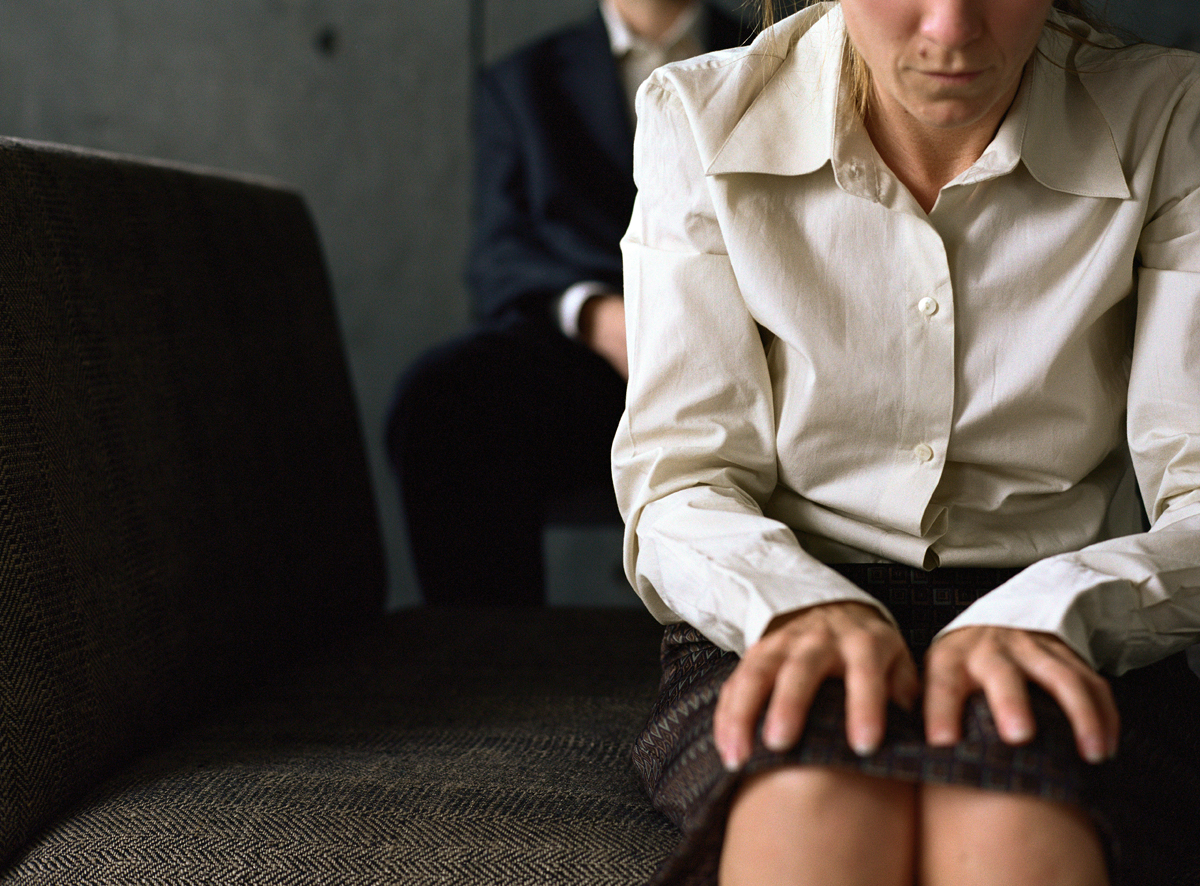 "Every state that has not implemented statutes defining psychotherapy/ psychiatric sexual abuse of patients as a criminal offense needs to and those that have need to be uniform." — CCHR International

Mental Health Industry Watchdog says #MeToo movement should extend to patients sexually assaulted under the guise of “therapy”—women detail harrowing stories of being drugged, psychologically manipulated and sexual assaulted by psychiatrists and therapists

A mental health watchdog has called for all states to enact uniform therapist-patient sexual abuse and rape laws in the wake of increased reports of women being sexually assaulted during psychiatric or psychological therapy. Women are at a disadvantage in those states that have not enacted such laws, according to the Citizens Commission on Human Rights International (CCHR). The group has been documenting women and children’s testimony of sexual abuse while undergoing “therapy” and was the first to advocate for the laws in the early 1990s. Today, there are 27 criminal statutes in the U.S. that recognize the added protection patients need when a psychiatrist or psychologist sexually assaults them, especially when fraudulently claiming it’s supposed to “help.”

As one woman that contacted CCHR reported, her psychotherapist had a “boundary talk” with her, claiming that “boundaries are purely subjective” and that “we could do anything we wanted in therapy; that basically there were no boundaries.”

Further: “I trusted him. I always wanted to be the good little patient to him, the chosen one. I never wanted to let him down or make him not proud of me. So I did whatever he told me. Said whatever he wanted me to say. I felt like his little toy, his puppet.”

She further described what is too often reported to CCHR: He “kissed me very passionately after a therapy session. The kissing then led to subsequent oral sex and intercourse during every appointment thereafter … He got paid for most of these sessions.” In fact, it cost her insurance $85 per hour.

Her case exemplifies why more stringent laws are needed: “It saddens me,” she said, “to see the statistic that only a small percentage of victims of this kind of abuse ever come forward. But yet I understand it. The shame and self-blame is overwhelming at times.”  Her psychotherapist was eventually prosecuted, jailed and is now a registered sex offender.[1]

But this is not always the case because of inequity in the law. Yet another woman and her husband sought marriage counseling from a psychologist.  After the couple decided to file for divorce and the ex-husband stopped attending the counseling, the psychologist encouraged her to continue counseling for which she took out her own health insurance. The therapist had reasons other than help. The woman described several incidents: “He would do something to brush himself on me.” He would tell her, “‘you make me want to want you’” and one time she described, “He had his head back on his chair [and] his eyes were closed, he was touching himself, he was rubbing his penis on the outside.” The state in which she was allegedly abused does not have a statute regarding therapist sexual assault and under its criminal statutes, penetration must occur with the victim for police to take the matter seriously.

CCHR says it is paramount that the #MeToo movement, which emerged in the wake of allegations of sexual assault and harassment by entertainment executives, be extended largely from the workplace into therapists’ offices. Just as actress Alyssa Milano encouraged women to tweet about surviving sexual abuse to “give people a sense of the magnitude of the problem,” so CCHR says legislators need to recognize the magnitude of sexual assault of patients that is occurring, especially when psychiatrists, psychologists and psychotherapists think they can hide the abuse by calling it “therapy” and billing healthcare insurance carriers.

A 2012 Canadian study found psychiatrists were almost four times as likely as other doctors to be sanctioned for sexual misconduct.[2]

CCHR says it should be made clear in every statute that “consent” of the patient is not a valid defense because of the overpowering influence a psychiatrist or psychologist may have on a patient — more so than with doctors because of the ability to discredit any patient complaint as a sign of “mental illness” and their power to threaten involuntary commitment should the victim speak out. The Official Code of Georgia, for example, stipulates: “Consent of the victim shall not be a defense to a prosecution” of a therapist who sexually abuses a patient.[3]

As CCHR has discovered in nearly 50 years of documenting such abuses, in many cases, the victims are drugged by their assailant therapist. The psychiatrist “had a piece of paper and read off some symptoms and then said, ‘Yep, you’re bipolar.’ I just couldn’t believe that was the only way they diagnosed me. I was going through a divorce with an abusive husband. I was experiencing normal feelings regarding that,” another woman recounted to CCHR. He “suggested that my husband might not be the man that I was supposed to spend the rest of my life with. He suggested I find a man who would respect me, somebody probably a little older … and who was a professional.” He then plied her with “powerful and debilitating psychiatric drugs,” she stated, while sexually assaulting her. “I was a zombie, unable to think and function normally. [The drugs] absolutely had an effect on me with regards to causing/or my allowing the sexual abuse,” she said.

In another case, the sexual abuse began when the girl was only 17 years old after she began seeing the psychiatrist for an eating disorder. At one point she was taking a combination of six different drugs that he prescribed to her. “He always kept beer in the refrigerator in his office … He would give me a beer and [alprazolam, an anti-anxiety drug].” She reported that sexual intercourse took place at her home on about five different occasions and that intercourse and oral sex would take place at his office during her scheduled appointments about once a month. She eventually attempted suicide.

In yet another example, a victim reported: “I didn’t want to do what I was doing … He had control of my drugs and whether I could stay out of the hospital. I had to do sexual things to get my medication.”

The Florida statutes address this, stating: “‘Mentally incapacitated’ means temporarily incapable of appraising or controlling a person’s own conduct due to the influence of a narcotic, anesthetic, or intoxicating substance administered without his or her consent …”[4]

Tennessee is the most detailed in describing aspects of sexual violations defining “deception” in a civil matter as the “representation that sexual actions are part of or consistent with the patient’s treatment by the therapist,” which should be extended to the criminal statutes.[5] Some statutes include former patients who are sexually abused, including California, Connecticut, Iowa, Texas and Minnesota.[6]

Heather Lynette Sinclair, a victim of therapy abuse, was horrified to find out that the Board of Professional Therapists and Counselors in Maryland rarely held professionals criminally accountable for patient abuse. In an interview with The Maryland Reporter, Sinclair said she can clearly identify ways in which her therapist took advantage of her vulnerabilities in order to build the confusing and insidious relationship. At the time, she says, she really believed he was trying to help her. “He already knew I had experienced trauma, he already knew I was a rape survivor who didn’t report it,” Sinclair explained. “And immediately after [the sexual abuse] happened he said ‘Oh I’m so sorry. I’ve never done anything like that — there’s something about you that made me do that.’”

Sinclair said she realized now that his reaction was very calculated. “He set it up to be my fault because he knew that was one of my challenges going into therapy — I’ve always felt like the things that have happened to me have been my fault,” she said. “And it’s very common for therapists who abuse victims to make their patients feel special. That’s why they don’t tell.”[7]

CCHR says every state that has not implemented statutes defining psychotherapy/psychiatric sexual abuse of patients as a criminal offense needs to and those that have need to be uniform. It plans to provide a model law based on the existing 27 statutes to policymakers across the country. Those states that have already enacted statutes are Alaska, Arizona, California, Colorado, Connecticut, Delaware, Florida, Georgia, Idaho, Iowa, Kansas, Maine, Maryland, Michigan, Minnesota, Mississippi, New Hampshire, New Mexico, New York, North Dakota, Ohio, South Dakota, Texas, Utah, Vermont, Washington and Wisconsin.[8]

CCHR also encourages anyone who has knowledge of a psychiatrist, psychologist or psychotherapist sexually abusing patients to please report this in confidence here.

[2] “Psychiatrists four times as likely as other Canadian doctors to be disciplined for sexual misconduct: study,” The National Post, 6 Dec. 2012.

[7] “Making sexual abuse by therapists a crime is one woman’s crusade,” The Maryland Reporter, 1 Apr. 2013, http://marylandreporter.com/2013/04/01/making-sexual-abuse-by-therapists-a-crime-is-one-womans-crusade/.