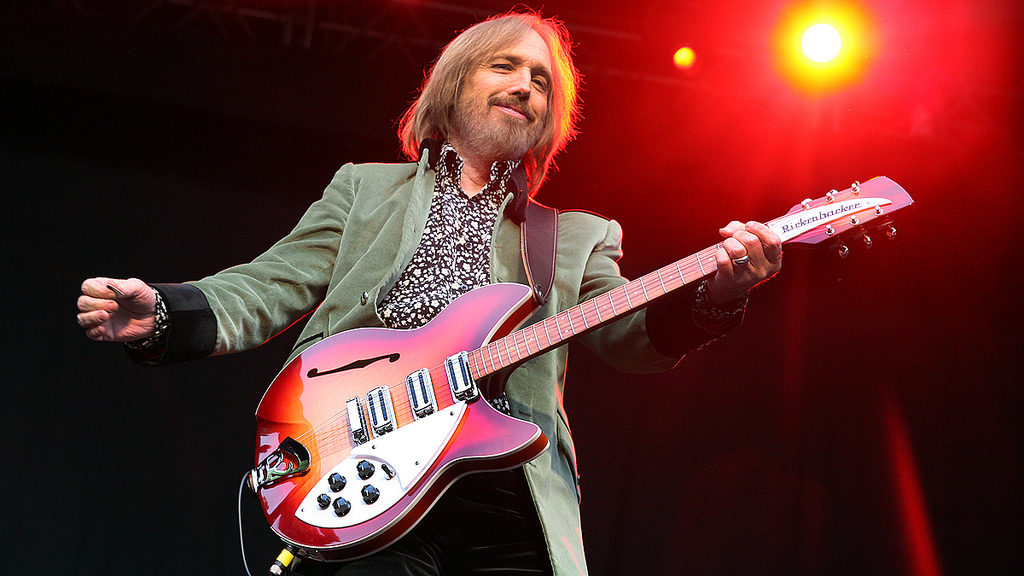 “With so many celebrities and other people's deaths due to potentially dangerous prescribing practices—and consumers believing that because the drugs are 'prescribed,' they are safe and can be abused—greater efforts should be made to monitor the prescribing patterns of psychiatrists and doctors.” — CCHR

The Los Angeles County Department of Medical Examiner-Coroner established that chart-topping singer and songwriter Tom Petty’s death on Oct. 2, 2017, was from an accidental drug overdose. He suffered drug toxicity from the mixture of benzodiazepines (“benzos” or sedative-hypnotics), an antidepressant and opioids that caused cardiac arrest and multisystem organ failure.[1] The Citizens Commission on Human Rights (CCHR), a mental health watchdog, has investigated artists’ deaths from taking psychotropic drugs—mixed with or without opioids—and says it’s not the first celebrity that the entertainment industry, fans, and family have lost due to lethal prescription drug combinations, including Prince, Heath Ledger, Whitney Houston and more.

Toxicology tests determined that Petty had been taking two benzodiazepines—temazepam (Restoril) and alprazolam (Xanax) —the antidepressant citalopram (Celexa) and painkillers, including oxycodone and fentanyl. His widow, Dana Petty, and daughter, Adria, said the rock and roll legend had been prescribed opioids for a fractured hip and other chronic ailments.[2]

There’s a distinct difference between Cause of Death and Means of Death. The cause is the actual event. Means is the method by which death happened. For example, the cause of death for the “King of Rock n’ Roll,” Elvis Presley (42), in 1977 was a heart attack. Although the coroner listed the means as “chronic heart disease,” and other physical problems, the toxicology report revealed the death should be looked at in terms of the cumulative effects of prescription drugs. A prominent toxicologist also reviewed the findings and gave his opinion that “the strong probability [was] that these drugs were the major contribution to his demise.”[11] The toxicology report showed numerous psychotropic drugs, including diazepam (Valium) and barbiturates/sedative-hypnotics.[12]

In the two and a half years prior to his death, Elvis was prescribed an unbelievable 5,458 amphetamines, 9,567 sedatives, and 3,988 narcotics.[13] So dependent was he on these drugs that he was hospitalized at least five times for detoxification.[14]

Dr. David Sack, board certified in addiction medicine, says, “Tolerance and dependence can develop quickly. There have been reports of people who received high doses of benzodiazepines becoming physically dependent in as little as two days.”[15] Combined with opioids, it’s a catastrophe in the making. Dr. Sack warns that benzodiazepines are “the danger lurking in the shadow of opiates” and that both opioids and benzodiazepines slow down body systems, particularly the respiratory and cardiovascular systems. Combining the drugs increases the effects of each exponentially, meaning that the body isn’t just processing two doses, it is processing more like three or four. This multi-dose cocktail can cause breathing to stop.[16]

In February 2016, researchers from the Albert Einstein College of Medicine in New York warned that benzodiazepine abuse is a growing problem in the U.S., with overdoses on the drugs increasing at a faster rate than other prescription drugs, including opioids. “Benzodiazepines have several known safety risks: in addition to overdose, they are conclusively linked to falls, fractures, motor vehicle accidents, and can lead to misuse and addiction,” Dr. Marcus Bachhuber, lead author of the study told Reuters.[18]

Long-acting benzodiazepine agents are associated with accumulation which may result in sedation, cognitive impairment, and psychomotor retardation.[19] All benzodiazepines are listed as Drug Enforcement Administration (DEA) schedule IV controlled substances because of the potential for abuse, addiction, and diversion.[20]

Rockstar legend Ozzy Osbourne had been fighting substance abuse for decades when a physician prescribed 13,000 doses of 32 different drugs that included tranquilizers, amphetamines, antidepressants, and antipsychotics during one year, which turned Osbourne into an incoherent, stumbling wreck. “I was wiped out on pills,” said Osbourne. “I couldn’t talk. I couldn’t walk. I could barely stand up. I was lumbering about like the Hunchback of Notre Dame.” The pills cost $58,000 and the doctor’s “services,” $650,000.[21]

In 1979, Sen. Ted Kennedy called a Senate Health subcommittee hearing on the dangers of benzodiazepines in which he said the drugs “produced a nightmare of dependence and addiction, both very difficult to treat and recover from.” In 2002, a group of doctors formed the Maine Benzodiazepine Study Group, which concluded: “There is no evidence supporting the long-term use of benzodiazepines for any mental health condition.”[22] But the warnings have gone unheeded and profit before patients seems to have taken precedence.

Prescriptions for benzodiazepines more than tripled and fatal overdoses more than quadrupled between 1996 and 2013.[23] Despite being mostly off-patent and selling at lower generic prices, benzodiazepines accounted for nearly $509 million in sales in 2013.[24] In 2015 alone, there were about 9,000 benzodiazepine related deaths reported.[25]

“The fact that any chronic benzodiazepine users exist at all,” Dr. Helen Gallagher of the University College Dublin medical school wrote in a 2013 review article in the journal Pharmacy, “highlights the fact that a convincing evidence base is being ignored by physicians, pharmacists and other healthcare providers who in essence facilitate their inappropriate use.”[26]

With so many celebrities and other people’s deaths due to potentially dangerous prescribing practices—and consumers believing that because the drugs are “prescribed,” they are safe and can be abused—greater efforts should be made to monitor the prescribing patterns of psychiatrists and doctors, CCHR says. As with opioids, the high billing of benzodiazepines and other psychiatric drugs should be a red flag for investigators to determine who is profiting from placing some of our greatest artists and so many others at risk of addiction and death.

[10] Karen Mizoguchi, “Last, Ominous Conversation with Him: ‘He Was Warned’ About Prescription Drugs,” People, 28 July 2016, http://people.com/celebrity/heath-ledgers-father-opens-up-about-actors-death-from-prescription-drugs