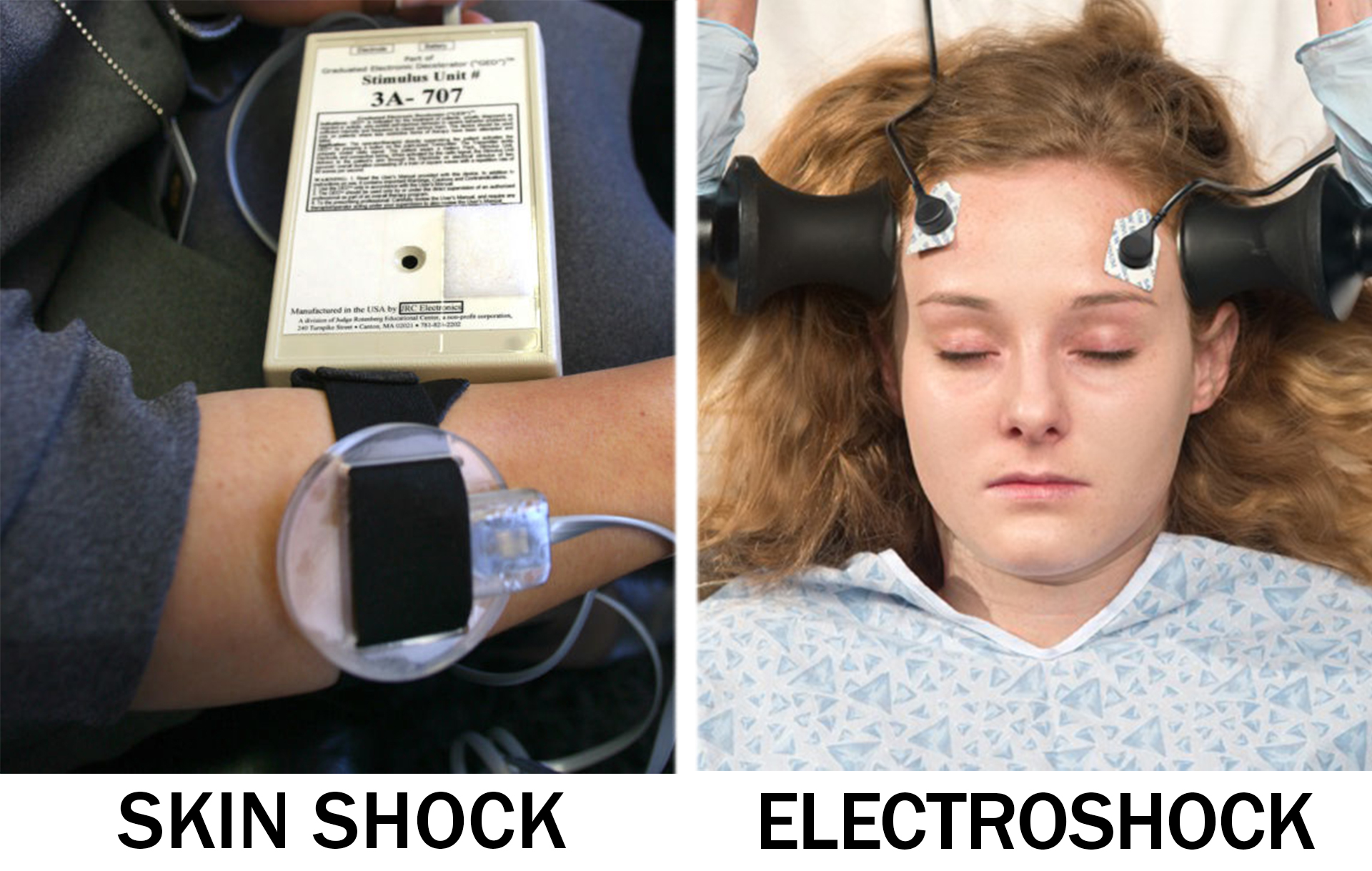 "Governing bodies have made it clear that an electrical device that burns a child’s skin should be banned, yet, surprisingly, there is no outcry about the potential brain damage caused to a child by the abhorrent use of a far more damaging device—the Electroshock (ECT) device"

More than a year after a special advisory panel at the Food and Drug Administration (FDA) recommended banning the electrical stimulation devices used at a school in Massachusetts to deliver “skin shocks” to misbehaving students, the FDA is considering the American Psychiatric Association’s (APA) formal request to broaden the use of a much more brutal form of behavior control over children—electroshock (also know as electroconvulsive therapy or ECT).[1]

Despite an enormous amount of consideration by the federal government and even the United Nations regarding the use of what amounts to electrical skin shocks on “misbehaving” children at the Judge Rotenberg Educational Center (JRC) in Massachusetts, the APA is promoting the increased use of electroshock on children, which can cause cardiovascular problems, memory loss, brain damage and death, and these same governing bodies have failed to weigh in on, let alone denounce, the use of ECT on children.

While both electrical devices can cause harm to children, only one can cause brain damage and death…electroshock treatment.  The skin shock machine utilized at JRC is called a GED (Graduated Electronic Decelerator) and according to an FDA investigation, the device can cause burns, scars, muscle spasms, seizures and other effects.[2]  ECT machines, on the other hand, are much more brutal, sending up to 460 volts of electricity through the brain that can leave individuals (including children) with brain damage, memory loss, seizures, cardiovascular complications, physical trauma and death.[3]

Fully comprehending the above adverse effects, one might conclude that the controversy lies in the fact that there is no controversy.  Governing bodies have made it clear that an electrical device that burns a child’s skin should be banned, yet, surprisingly, there is no outcry about the potential brain damage caused to a child by the abhorrent use of ECT?

Despite overwhelming testimony against the use of electrical stimulation devices as a form of behavior control, the APA, which claims in its mission statement to be “working together to ensure humane care and effective treatment for all persons with mental illness…,”[4] “strongly supports” and has recommended that the FDA lower the classification bar on ECT devices and further advises that the lower Class II designation “include ECT treatment for children and adolescents…”[5]

It appears that the APA believes ECT comes down to a treatment probability.  Writing in its letter of support to the FDA, the APA explains that “individuals with treatment-resistant psychiatric conditions, or in which the patient’s symptoms are life-threatening, the probable benefit to health from use of ECT outweighs the probable injury or illness.” [6]  In other words, the APA supports using ECT on individuals (including children) when its psychiatric drug “treatments” fail to yield the desired behavior changes because a probable benefit outweighs the probable injury from the device.

The APA further explains that “having access to a rapid and effective treatment such as ECT is especially meaningful in children and adolescents because suicide is a leading cause of death in this age group.” [7] Ironically, in order to get to the point of inflicting ECT on children, the APA’s psychiatric drug “treatments” must have miserably failed to elicit the expected behavioral changes and, in fact, that the psychiatric drug “treatments” themselves can cause suicidality in children and adolescents.

No one in the scientific community has a clue about how ECT “works.”  Up until May 2016, the National Institute of Mental Health (NIMH) explained on their website that “scientists are unsure how the treatment works to relieve depression, but it appears to produce many changes in the chemistry and functioning of the brain.”  Shortly thereafter, however, it appears they changed the wording on their site and now make no mention at all of how they think it “works.”[8]

It is understandable, despite having no scientific understanding of how ECT “works” that the APA would energetically support the use of electroshock on children.  It is consistent with the organization’s MO.  The psychiatric community has no scientific understanding of what causes any mental disorder, nor does the APA know how the psychiatric drugs “work” to “treat” the disorders.  So, with the failure of its drug “treatments,” the APA is characteristically championing the use of ECT.

The FDA, on the other hand, must adhere to its mission—“protecting health by insuring the safety, efficacy” of medical devices.  The federal agency must adhere to the known serious harms associated with both electrical devices and not bend to the “probable benefit” of ECT offered by the APA. That would not only be a disservice, but deadly, to those the FDA is sworn to protect.