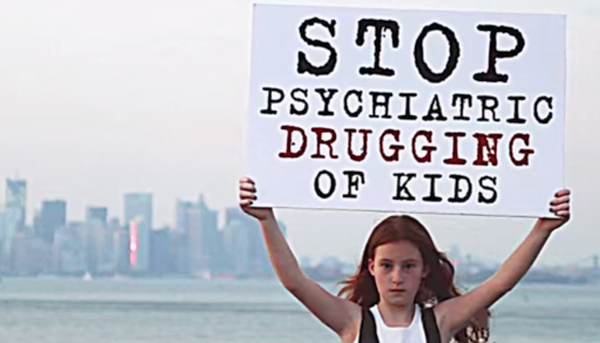 “Children are not for-profit entities. The well-documented dangers associated with pharmaceutical ADHD ‘treatments’ are unacceptable and parents must be provided all the facts in order to make informed decisions—a public service CCHR has been providing for decades.”

A new book has hit the shelves that is worthy of a nod. ADHD Nation: Children, Doctors, Big Pharma, and the Making of an American Epidemic, by Pulitzer Prize-nominated New York Times reporter, Alan Schwarz, explores many of the ADHD issues the Citizens Commission on Human Rights (CCHR) has been championing for more than three decades, eliciting the Human Rights Watchdog to renew its call for greater transparency about the adverse effects associated with ADHD drugs and that parents be fully informed of their rights to the facts surrounding the ADHD diagnosis. 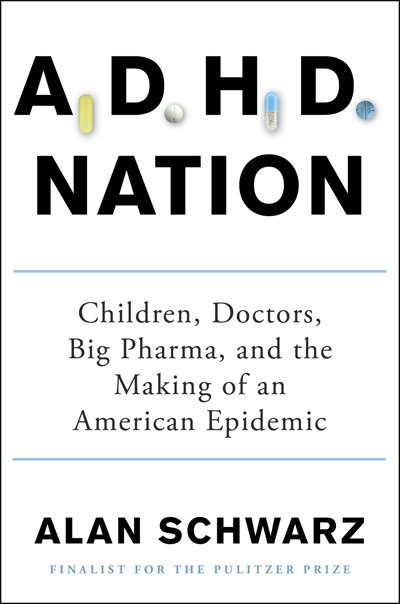 A New York Times review of Schwarz’s book explains “ADHD Nation” focuses on an unholy alliance between drug makers, academic psychiatrists, policy makers and celebrity shills like Glenn Beck that Schwarz brands the “ADHD industrial complex.” The review continues: “The insidious genius of this alliance, he points out, was selling the disorder rather than the drugs, in the guise of promoting ADHD “awareness.”[1]

With more than ten million Americans taking ADHD drugs, one easily could argue that the pharmaceutical industry’s selling of the ADHD diagnosis, too often to the detriment of those taking the drugs, has far surpassed its wildest financial expectations.[2]

Despite having no conclusive medical evidence that ADHD drugs treat any known brain abnormality, the pharmaceutical industry sales job on ADHD has been stellar as evidenced by an ADHD drug market that is skyrocketing. According to a study in the Journal of the American Academy of Child and Adolescent Psychiatry, total spending on ADHD ranges from $143 billion to $266 billion per year,[3] and IMS Health, a health care information company, reports that prescription drugs for ADHD have nearly tripled from $4 billion in 2007 to $11.2 billion in 2015.[4]

One could easily argue, based on the fact that there is no data to support the ADHD diagnosis, that, while the selling of the diagnosis has been extraordinarily lucrative, the human element has been left out of the equation, beginning with the nearly 200,000 0-5 year olds who have been prescribed ADHD drugs. This number, of course, does not include the much more likely targeted age group of 6-17 year olds, which now accounts for nearly four-and-a-half million children taking ADHD drugs.[5]  According to the Center for Disease Control and Prevention (CDC), one-in-five high school boys have received an ADHD diagnosis and two thirds of those diagnosed receive ADHD drugs like Ritalin or Adderall.[6] 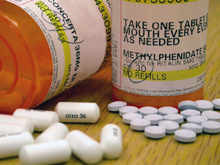 There are more than ten million Americans taking ADHD drugs.

These data, while beyond alarming, do not provide the full ADHD picture. While the pharmaceutical industry’s ADHD profits continue to increase, the possible side effects of ADHD drugs do not promise such a lucrative outcome. ADHD drugs like Ritalin and Adderall (Methylphenidate and Amphetamine) may cause the following adverse reactions: nervousness, insomnia, nausea, dizziness, tachycardia, angina, cardiac arrhythmia, toxic psychosis, palpitations, abnormal liver function and weight loss, to name a few.[7]

As Schwarz and others point out, the diagnosis is, of course, where the pharma payday begins, as there simply is no medical or scientific evidence that any brain abnormality exists that is ADHD—no blood test, no X-ray, CAT scan, or MRI. Even the National Institutes of Health Consensus Conference on ADHD states, “we do not have an independent, valid test for ADHD,” and “there are no data to indicate that ADHD is due to a brain malfunction.”[8]

This lack of evidence to support the ADHD brain abnormality is further reinforced by the pharmaceutical industry drug disclosures. For example, Novartis, the maker of Ritalin, explains in the Prescribing Information: “Ritalin is a mild central nervous system stimulant. The mode of action in man is not completely understood, but Ritalin presumably activates the brain stem arousal system and cortex to produce its stimulant effect. There is neither specific evidence which clearly establishes the mechanism whereby Ritalin produces its mental and behavioral effects in children, nor conclusive evidence regarding how these effects relate to the condition of the central nervous system.”[9]

“The mode of action…is not completely understood?” “Ritalin presumably activates?” “Neither specific evidence…nor conclusive evidence?” In other words, Novartis is unable to specifically explain how Ritalin treats ADHD or even what ADHD is.

CCHR has for decades provided the public with timely and accurate information about the ADHD diagnosis and alternatives to pharmaceutical drugs, including writing thousands of articles distributed world-wide, distributing more than one million publications (in 17 languages) on the labeling and drugging of kids, producing four award winning documentaries and making available parent-friendly websites, including Parents Know Your Rights, that have reached millions.

Children are not for-profit entities. The well-documented dangers associated with pharmaceutical ADHD “treatments” are unacceptable and parents must be provided all the facts in order to make informed decisions—a public service CCHR has been providing for decades.