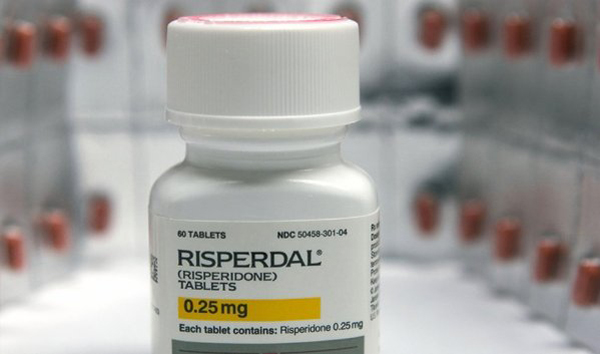 “Fraudsters escape because of the incompetence of the institutions, whereas investigation and collection of admissible evidence is the daily job of the police. It’s time, sadly, to criminalize research fraud.” — Richard Smith, former editor of The British Medical Journal

On July 1, 2016, a Philadelphia jury awarded $70 million to the family of a boy, Andrew Yount of Tennessee, who developed breasts (gynecomastia) at age 5 after taking Johnson & Johnson unit Janssen Pharmaceuticals’ antipsychotic drug Risperdal. The $70 million is about 30 times larger than a previous judgment awarding $2.5 million.[1] Lawyers for the boy argued that “scientists” for the company were well aware of the risks and sought to downplay them.[2] Citizens Commission on Human Rights (CCHR) International calls for psychiatric researchers, which have an equal if not greater responsibility in clinical trial outcomes being accurately published, to also be investigated.  There should be no immunity just because they are paid by a pharmaceutical company.

Responding to the unanimous verdict, attorney Stephen Sheller said, “The jury got angry at these people; they don’t take responsibility.”[3] CCHR says that while J&J/Janssen are being held financially accountable, the “scientists” involved in research who were either involved with or remained silent about the alleged cover-up also need to be named and investigated for any potential prosecution.

“If you were a banker and defrauded your customers, you would go to prison,” Zulfiqar Bhutta, co-director of research for the Centre for Global Child Health at The Hospital for Sick Children in Toronto, said. “If someone defrauds tax payers with research money and falsifies data or falsifies entire research results, it is no different than any other form of similar economic crime.”[4]

Richard Smith, a former editor of The British Medical Journal (BMJ) further explained why researchers should not be above the law: “A man who steals a milk bottle may face a criminal charge. In contrast, a scientist who invents data, defrauds funders, and publishes fabricated data that may lead to patient harm is highly unlikely to face criminal charges.” Further, “It’s deeply uncomfortable for scientists to think that their colleagues may sometimes behave criminally in their work, but nobody should be beyond the law.”[5]

Alexander McCall Smith, emeritus professor of medical law, University of Edinburgh, argues that research misconduct (the gentlemanly phrase for scientific fraud) should be a criminal offence. Adds Richard Smith: “Fraudsters escape because of the incompetence of the institutions, whereas investigation and collection of admissible evidence is the daily job of the police. It’s time, sadly, to criminalize research fraud.”[6] 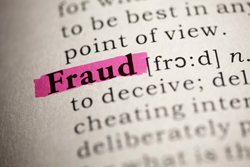 New York University’s medical school shut down eight studies at its prominent psychiatric research center after finding a series of violations in a study of an experimental, mind-altering drug under lead researcher, psychiatrist Alexander Neumeister.

Research fraud should never be construed as “scientific misconduct.”

Consider the June 27, 2016, The New York Times report about New York University’s medical school shutting down eight studies at its prominent psychiatric research center after finding a series of violations in a study of an experimental, mind-altering drug under lead researcher, psychiatrist Alexander Neumeister. [7] Investigators with the Food and Drug Administration (FDA) also found that records had been falsified and researchers had failed to keep accurate case histories. The violations “jeopardize subject safety and welfare, and raise concerns about the validity and integrity of the data collected at your site,” the F.D.A. said in a letter.[8] In several instances, the agency found, Dr. Neumeister had falsified documents by signing a fellow investigator’s name on reports. There was no penalty leveled at the researchers, other than the university placing Neumeister on leave, after which he submitted his resignation.[9] Neumeister has received consulting fees from Pfizer,[10] the manufacturer of the drug that was being tested.

In September 2015, the British Medical Journal published concerns by experts about a 2001 GlaxoSmithKline study (#329) which many prominent psychiatrists put their name to.  It falsely claimed that the antidepressant Paxil was safe and effective for adolescents. There was a decade-long effort by other researchers to uncover the truth about Paxil’s safety for use by adolescents; they found it caused increased harm in this population.  Research showed the drug was no better than placebo and caused thought disturbance and suicidal behavior in some youngsters.  Consequently, “many thousands of children and adolescents have been harmed, some of them killed, by Paxil and other SSRI” antidepressants.[11]

Dr. Malcom Kendrick, a Scottish doctor and author, rightly questioned, “where the hell is the outrage?…None of the named authors had intervened to correct the record.” Therefore, “surely someone, somewhere, got punished? No they did not.” [12]

However, bringing criminal psychiatric researchers to justice has precedents.

Fraud may be an intentional deception made for personal gain or to damage another individual by intentionally falsifying and/or fabricating research data and misleading reporting of the results. This can be skewed as “misconduct” when researchers claim there was no intention to harm, even though their failure to follow established protocols could result in risk or harm to humans.[21] The lines should not be blurred. Whether the researchers “intended” to falsify the data or not, when the result is harm to patients, especially to children and the elderly, and those researchers responsible remain silent in the wake of public exposure, they should be held accountable and face the full penalty of the law.

[5] Richard Smith: If Volkswagen staff can be criminally charged so should fraudulent scientists,” The BMJ, 28 Sept. 2015, http://blogs.bmj.com/bmj/2015/09/28/richard-smith-if-volkswagen-staff-can-be-criminally-charged-so-should-fraudulent-scientists/

[17]“The Deadly Corruption of Clinical Trials: When you risk life and limb to help test a drug, are you helping science—or Big Pharma?” Mother Jones, Sept-Oct issue, 2010, http://www.motherjones.com/environment/2010/09/dan-markingson-drug-trial-astrazeneca