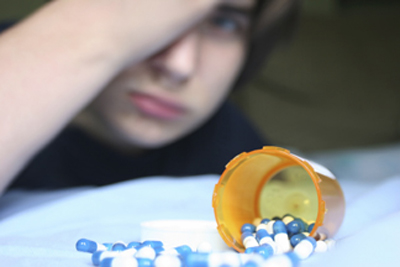 "Antidepressants don’t work in children; that is pretty clear, in the randomized trials children say that they don’t work for them, but they increase their risk of suicide"— Professor Peter Gotzsche, one of the lead authors of a Dutch study which found antidepressants doubled the risk of aggression and suicide in children and teens

A new study published in The Lancet medical journal is yet another in a long line of research that concludes that antidepressants are ineffective in “treating” children and adolescents.

According to Andrea Ciprianai, Associate Professor of Psychiatry at the University of Oxford, and the study’s lead author, “the take home message of this analysis is that basically only one drug among all antidepressants is statistically better than placebo.” One is just “statistically better” than a sugar pill? (More on the “one” antidepressant later…)[1]

While the study acknowledges the ineffectiveness of antidepressant drugs, it fails utterly to mention the well documented risks associated with antidepressants—international drug regulatory agency warnings citing dangerous, and even deadly side effects, which reinforce the futility of prescribing them to children.

As is widely known, all antidepressants carry the Food and Drug Administration’s (FDA) most serious “Black box” warning for increased risk of suicidal thoughts and behavior for children and adults up to 24 years old.

Having the knowledge that antidepressants are neither safe nor effective in children is a good start, but the following data also is necessary for families to consider before making decisions about antidepressant use.

There have been 134 drug regulatory agency warnings on antidepressants from eleven countries, including the United States, United Kingdom, Canada, Japan, Australia, New Zealand, Ireland, Russia, Italy, Denmark and Germany.  In the European Union, there is a warning that antidepressant drugs cause side effects, including the following (note that some warnings cite more than one side effect, so the list may not be equal to the total number of warnings):

It also must be understood that there is much more at stake than deciding whether an antidepressant is merely “statistically significantly better” a sugar pill. There are serious long-term effects which have been revealed in numerous studies, including the largest-ever statistical analysis conducted by Danish researchers in February of this year which concluded that antidepressants doubled the risk of aggression and suicide in children and teens. And, according to Professor Peter Gotzsche, one of the lead authors of the Danish study, “antidepressants don’t work in children; that is pretty clear, in the randomized trials children say that they don’t work for them, but they increase their risk of suicide.” [2]

Yet another study published in PLOS Medicine found young adults between the ages of 15 and 24 were nearly fifty percent more likely to be convicted of a homicide, assault, robbery, arson, kidnapping, sexual offense or other violent crimes when taking antidepressants than when they were not taking the psychiatric drugs.[3]

With more than two million children in the United States, including 26,406 0-1 year olds, having been prescribed antidepressants in 2013 (most recent data) The Lancet study simply is supporting what has been known for years.  One antidepressant reportedly being “statistically significantly” better than a sugar pill for children does not outweigh the risk of harm and even death in those prescribed it.

Study after study reveals additional adverse events associated with children’s use of antidepressants and, now, their total lack of efficacy.  When will the “researchers” quit beating around the bush and just spell out the truth in simple language?  Antidepressants are neither safe nor effective and there is no reason whatsoever to prescribe them to children.