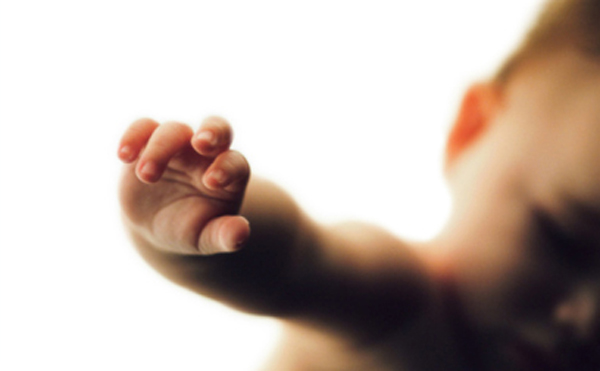 “The question, of course, is no longer whether antidepressants are harmful but, rather, how much more damning research will be necessary before regulators take action to remove them from the market.”

According to a new study antidepressants change the electrical brain activity of newborns exposed during pregnancy to Serotonin Reuptake Inhibitors (SRIs).[1] The fact that antidepressants can cause brain abnormalities in newborns is in addition to the 18 drug regulatory warnings on antidepressants causing birth defects, including heart and lung malfunctions, pulmonary hypertension, preterm births, respiratory difficulties, seizures, feeding problems, vomiting, low blood sugar, floppiness, stiffness and shaking.

The new study, from Helsinki University Hospital’s Children’s Hospital and published last month in Cerebral Cortex, is the first to examine the effects of SRI exposure directly on the brain activity of newborns. The study authors found that the changes that occur in newborns’ brains, due to the mother’s SRI use, are, among other things, associated with less organized communication between the baby’s brain hemispheres.[3] In other words, the antidepressants taken by mothers during pregnancy (compared to those who had not taken antidepressants) caused subtle abnormalities in the newborns’ brains.

According to Dr. Mari Videman, a senior consultant in child neurology and one of the study’s principal investigators, “The most interesting aspect in our observations is that comparable effects were recently found in animal experiments after fetal SRI exposure.” Yes, there can be no argument that an abundance of proof of the dangerous effects of antidepressants on a child’s developing brain is rapidly increasing.

Between 1998 and 2005, 4.5% of women reported using an antidepressant 3 months before becoming pregnant or during pregnancy.

Still, despite the known adverse effects of antidepressants on infants, according to the Centers for Disease Control and Prevention (CDC) pregnant and non-pregnant women 18-44 years old (from 2005-2009) with depression received treatment with prescription medication as the most common form of treatment. And, in a study of pregnancies between 1998 and 2005, 4.5% of women reported using an antidepressant 3 months before becoming pregnant or during pregnancy. [4]

Moreover, children remain a robust target of the psycho/pharmaceutical industry. IMS Health Vector One National database reported that in 2013 more than two million children in the U.S. between the ages of 0-17 had been prescribed antidepressants. And unbelievably, of those, 26,406 were 0-1 year olds.[5]

The harmful and violent side effects associated with antidepressant use is further supported by a study published in PLOS Medicine which found young adults between the ages of 15 and 24 were nearly fifty percent more likely to be convicted of a homicide, assault, robbery, arson, kidnapping, sexual offense or other violent crimes when taking antidepressants than when they were not taking the psychiatric drugs.[7]

In fact, according to a study conducted by the Institute for Safe Medication Practices and published in the journal PLoS One and data collected by the FDA’s Adverse Event Reporting System, 25 of the 31 top drugs associated with violent behavior are psychiatric drugs, including the antidepressants Pristiq, Effexor, Luvox, Strattera, Paxil, Prozac, Zoloft, Lexapro, Celexa, Wellbutrin, Remeron and Cymbalta.[8]

Apparently the results of the recent study were so conclusive that the study’s psychiatric consultant, Adjunct Professor Outi Mantere of McGill University in Canada recommends, “If the mother using an SRI plans a pregnancy, it would be advisable to consider a close follow-up or a therapeutic intervention without SRI medication.”[9]

Sounds like appropriate advice. But one cannot help but wonder: If antidepressants alter the brain functions of infants through the mother’s intake during pregnancy, how can the scientific community fail to acknowledge that this may also be occurring through the direct intake of antidepressants on the still developing brains of the more than 2 million 0-17 year olds and, especially, the 26 thousand 0-1 year olds on psychiatric drugs?

The question, of course, is no longer whether antidepressants are harmful but, rather, how much more damning research will be necessary before regulators take action to remove them from the market.