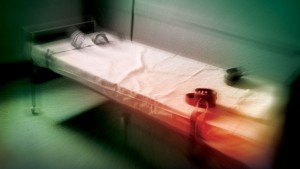 Amnesty International Ireland today welcomed the Dáil’s  passing an amendment to the 2001 Mental Health Act removing the ability to administer electro-convulsive therapy (ECT) on people against their will.

The Mental Health (Amendment) Bill, first tabled in 2008, deletes the term “unwilling” from section 59 of the 2001 Act, so that ECT may no longer be administered on ‘involuntary patients’ who have decision-making ability and who refuse such treatment.

Colm O’Gorman, Executive Director of Amnesty International Ireland, said: “ECT may currently be imposed on people against their will, even when they have the ability to make the decision to refuse such treatment. It has been clear for many years that this is a serious human rights concern. So, today’s amendment is very important.”

However, Amnesty International Ireland cautioned that the Act is need of much wider reform, particularly the provisions governing how people can be admitted to, detained and treated in a hospital against their will.

“This is only one of many provisions of the Act that raise concerns from a human rights perspective. It has been nine months since the report of the Expert Group established by the Department of Health to review the Act was published, making extensive recommendations for reform. Legislation must be tabled as a matter of urgency to safeguard the rights of people with mental health problems, so they can make decisions about their treatment. We must see not only the Mental Health Act but also the new capacity Bill fully compliant with the UN Convention on the Rights of Persons with Disabilities, if the dignity, human rights and autonomy of people with mental health problems are to be fully protected.”