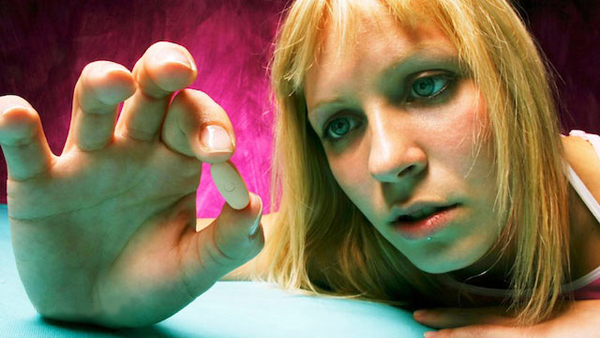 “The use of dangerous mind-altering drugs to allegedly increase a woman’s sexual desire is simply a continuation of the FDA and APA’s history of pathologizing normal female behavior and it is a disservice to women everywhere.”

In what can only be described as an extraordinarily sexist action, the Food and Drug Administration (FDA) recently approved the drug  “Addyi,” which is misleadingly being touted as the “Female Viagra.”   But unlike Viagra, which affects blood flow to the male genitals, Addyi, the “pink Viagra” for women, is all about messing with their minds—it’s an antidepressant drug.

And it only gets worse.  Addyi, an antidepressant drug,  was designed to “treat” the so-called mental disorder, Hypoactive Sexual Desire Disorder (HSDD), or female sexual interest/arousal disorder.  In short, this drug approval not only suggests, but supports, the absurd notion that women, for any number of reasons, who do not seek sexual arousal, are somehow suffering from a mental illness.

“Addyi” reportedly increases the brain chemicals dopamine and noradrenalin, while at the same time reducing Serotonin and, voila, increased sexual desire is achieved. It all sounds scientific. A little chemical increase here, a reduction there, and the female libido is revved up and ready to go. But it’s not that simple and, in the case of the antidepressant, “Addyi,” there are some very serious, even life-threatening adverse reactions.

First though, as is the case with all antidepressants, no one has a clue how “Addyi” actually works in the brain to “treat” the alleged mental disorder HSDD and, according to the FDA advisory committee on the drug, “the precise mechanism of action by which flibanserin enhances sexual desire in patients with HSDD is not known.” What is known though is that while the FDA has approved “Addyi,” the federal agency is covering its actions by attaching serious drug oversight and warnings. 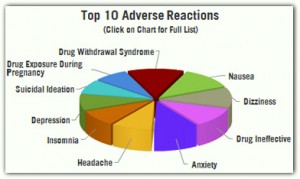 The top 10 Antidepressant side effects reported to the US FDA

The clinical trial results were marginal at best—women taking “Addyi” experienced an increase of about 0.5 to 1 sexually satisfying events per month compared to women taking the placebo—and based on the results, the risks associated with “Addyi” could be far less pleasurable. For example, the FDA is requiring that “Addyi” carry its most serious “black box” warning, advising the drug should not be used by those who drink alcohol, as it increases the risk of severely low blood pressure (hypotension) and fainting (syncope). Other common side effects include dizziness, somnolence, nausea, fatigue, insomnia and dry mouth.

The FDA is so concerned about the possible adverse effects of “Addyi” on women that it is requiring doctors and pharmacists to watch an online presentation and pass a test of their understanding, literally becoming certified to prescribe and dispense the drug.

While most would agree that it is insulting and demeaning to suggest women suffer from a mental illness because of a lack of desire to participate in a sexual act, this isn’t the first time the FDA, with the help of the American Psychiatric Association (APA), has become an accomplice in what can only be described as disease mongering. 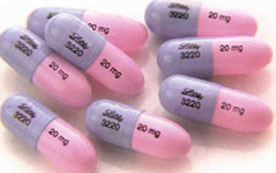 The APA decided by a show-of-hands vote that Premenstrual Dysphoric Disorder (PMDD), also known as PMS, is a mental disorder and pharmaceutical giant, Eli Lilly, jumped on the bandwagon repackaging its blockbuster antidepressant, Prozac, as a new “treatment” for PMDD called Sarafem.

There was nothing “new” about Sarafem, as there is literally no chemical difference between the antidepressants Prozac and Sarafem. Lilly simply changed the color of the pill from green to the very feminine pink and lavender and sold it as a new “treatment” for a nonexistent mental disorder. Like Prozac and Sarafem, the new pink “Addyi” is a thrice failed antidepressant repackaged as a first of its kind “treatment” for women “suffering” from the alleged mental illness of not wanting sex.

Beyond the known dangerous side effects associated with the antidepressant, “Addyi,” and the nonexistent mental disorder it alleges to “treat,” there are other questions that scream for answers, such as who decides what is the “normal” number of sexual encounters a woman may desire? And, if a woman desires less sex than others, does that require chemically altering the brain?

There have long been obvious differences between the sexual drive and desires of men and woman, comically revealed by Billy Crystal in the film City Slickers when he explained “women need a reason to have sex, men just need a place.” True or not, the use of dangerous mind-altering drugs to allegedly increase a woman’s sexual desire is simply a continuation of the FDA and APA’s history of pathologizing normal female behavior and it is a disservice to women, not a mental disorder.