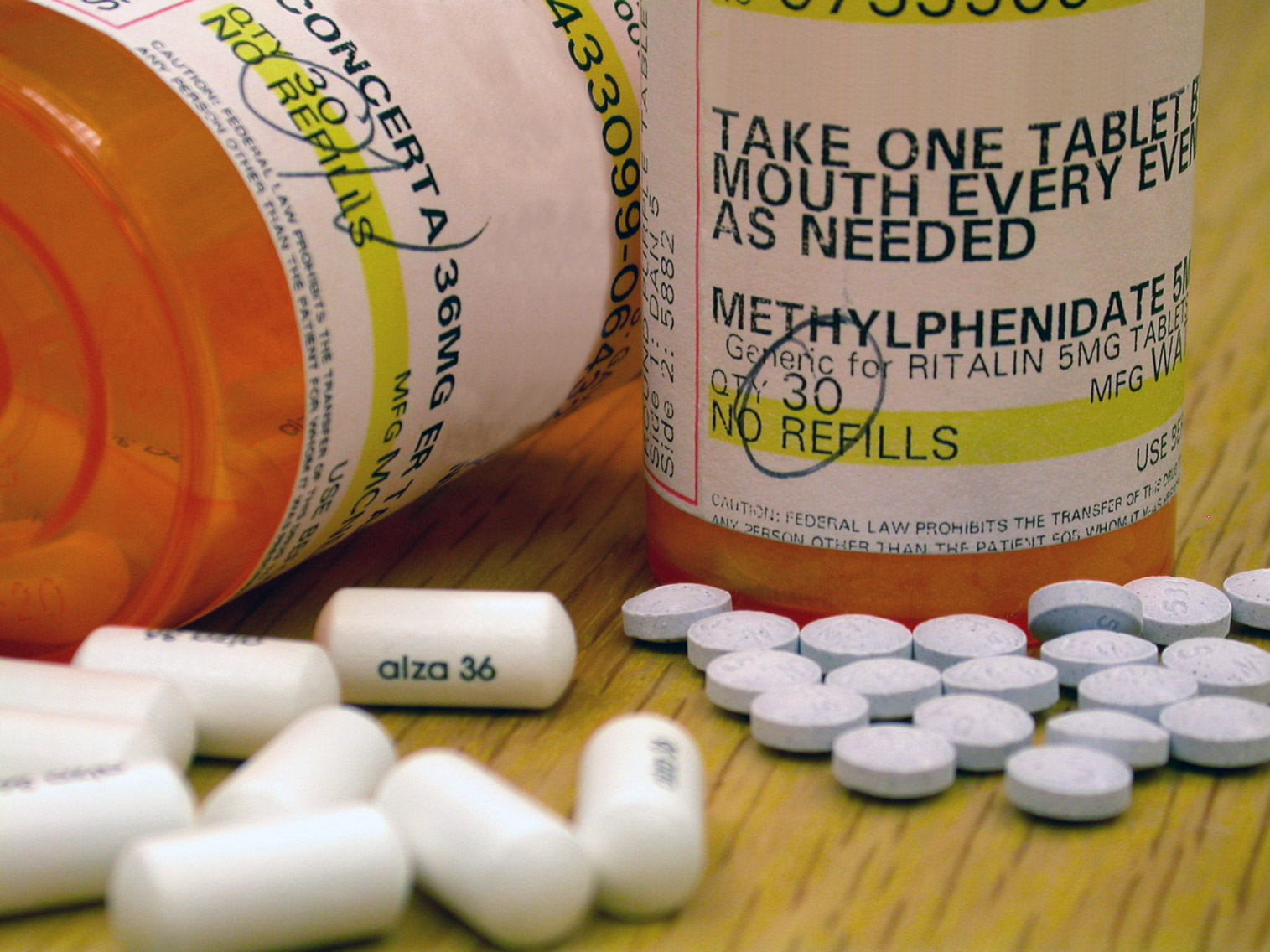 “Is it Malpractice? To be brief, yes. There is a reason why endless legal websites are offering to file lawsuits against drug companies and doctors on behalf of kids who have been harmed by psychiatric drugs.”

To borrow a catchphrase from Chazz Michael Michaels (actor Will Ferrell’s egomaniac, substance-abusing, figure skating character), the increasing number of kids on psychiatric drug prescriptions is “Mind-Bottling”, literally. “You know, when things are so crazy it gets your thoughts all trapped, like in a bottle?”

Here are some of the statistics:

These figures from IMS Health gave me a slight case of Numerophobia. While reviewing the report, I felt more dumbfounded than the last time my kids needed help with their Common Core Math homework. Drugging seven million kids six to seventeen years of age is quite disturbing. I find it sad that parents, educators and clinicians cannot find a healthier more effective way to help so many kids. For more than one million children five or younger to be diagnosed and drugged for a trendy collection of mental disorders, however, is sickening.

How can so many kids, who have not yet mastered potty-training or possibly learned to tie their non-Velcro augmented shoes, be diagnosed and drugged for supposedly displaying abnormal behaviors associated with mental disorders? They have been on this planet for less than 60 months! Isn’t it possible they just need a bit more time to learn our social expectations? Isn’t patience still considered a virtue? 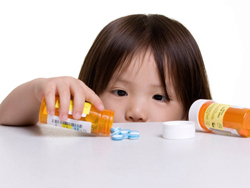 There are more than 1 million infants, toddlers, preschoolers and kindergartners taking psychiatric drugs.

Clinicians are diagnosing and drugging babies still trying to figure out if the person playing peek-a-boo has really disappeared, possibly forever. These kids are preschoolers debating if a weekly bath might actually be a good idea. Meanwhile pediatricians, often with limited mental health training and socio-emotional development expertise, are within minutes (give or take a nanosecond) miraculously diagnosing kids. Why? Because sadly a serious diagnosis and what is called “drug therapy” is basically what insurance companies require for claims to be paid.

Research does not substantiate, however, such disorders even hold residence in a child’s brain. Young minds are being drugged, “bottled” if you will, for mental disorders that have no valid tests, confirmatory biological markers or definitive genetic evidence. Child development research documents how the symptoms used to diagnose mental disorders basically reflect normal yet slightly annoying behaviors associated with common childhood challenges (e.g., developmental delays). What was considered normal childhood behavior for centuries is now being labeled abnormal.

But digging deeper the numbers gets even more surreal and possibly ominous. For instance, 72,500 kids three or younger are being drugged for depression. For others several months old to three years of age, more than 4,000 are being given anti-psychotics for bipolar, another 11,000 are being drugged for ADHD, and 509,891 are on anti-anxiety pills. Has the sect of clinicians prescribing these drugs never spent time with an infant or toddler?

Ask any random parent who does or does not drug their kids, and you will typically hear that kids are often highly creative, energetic and communicative (aka ADHD) for the first few hours of the day. Once their allotted TV or tablet time runs its course, or they are asked to clean up their mess, they quickly become depressed, anxiety ridden and then progress to acting slightly manic and bipolar until lunch. After bartering is completed as a means to get their bodies and brains nourished, and a sweet treat is negotiated, the process then repeats itself multiple times until bedtime finally arrives. This last step, calledbedtime, also is known as nirvana in some parenting circles.

For which hour of their normal multiple personality ridden days are they drugging these kids?

Understandably, some parents want to believe their children behave far worse than others not currently being drugged, which might legitimately be the case for 1-2%. But how can we expect our most precious assets, our babies, to meaningfully learn right from wrong, if their medication manhandles and limits the neurochemicals, sensory input and nutrients their neurons need for the brain to develop?

Think back to when you were a kid…

and on those periodic occasions when you were “ill”,

what were you given that your doctor or parents told you was “Medicine”?

Did a strange colored, granular-like cough syrup with no specific palatable fruity flavor come to mind? Was it a horse pill sized antibiotic? Maybe it was an old-school remedy such as cod liver oil that grandma would whip out when nothing seemed to work. Or did your mind drift back to being slathered in Vicks-VapoRub like a newborn calf covered in amniotic fluid?

Most psychiatric drugs prescribed to kids are classified by the DEA as Schedule II and IV controlled substances similar to meth and opium.

Honestly, it makes me cringe when I hear a parent refer to their kid’s psychiatric drugs as “medicine”. Call me old school, but when I was a kid most of what they sold as “time to take your medicine the doctor prescribed” was actually designed to treat illnesses which valid biological science could identify, and here’s an idea… help you actually get better quickly. Most psychiatric drugs prescribed to kids are classified by the DEA as Schedule II and IV controlled substances similar to meth and opium. These legal “medicines” can be as addictive and dangerous as common street drugs.  Drugs that comes with endless side effects and are incapable of curing anything, should not be called medicine.

For example, an eight year multi-modal study on ADHD drugs, found the medicated kids “fared no better than their nonmedicated counterparts, despite a 41 percent increase in the average total daily dose, failing to support continued medication treatment as salutary.” Analysis of FDA clinical trials on SSRI antidepressants found that the drugs didn’t perform significantly better than placebos in treating mild or moderate depression, and the benefits of the drugs were “relatively small even for severely depressed patients”. Studies suggest the minimal effects gained by adults using antidepressants do not translate to use with kids. When it comes to giving bipolar drugs to kids, there are no studies worth mentioning. It’s an experiment in motion, and once again our kids are the guinea pigs.

You might note, many psychiatric drugs prescribed to kids are called “off-label”. Off-label means the drugs have not been approved by the FDA for treating children because supposedly there is not enough research to determine if the drugs are even minimally safe for children. While physicians can prescribe drugs off-label for various conditions, pharmaceutical companies are prohibited by the FDA from promoting drugs for off-label uses. Such facts make me wonder who really suffers from a mental disorder. Is it the doctor experimenting with our children, the parent willing to take such risks, or the kids acting like kids have for centuries?

An eight year study on ADHD drugs, found kids on the drugs “fared no better than their nonmedicated counterparts, despite a 41 percent increase in the average total daily dose, failing to support continued medication treatment as salutary.”

My motivation to help our  youngest citizens experience the most enriching, fun-filled and drug-free childhoods possible is driven by personal childhood challenges and adult experiences. My goal is to help families with behaviorally and developmentally challenged children find more effective and healthier alternatives. To avoid this trend or maybe walk away, I sincerely suggest the following:

First, accept the fact that parenthood, though possibly the most rewarding experience life can offer, can seem like a living hell at times. Understand you are not alone, and that temporary disappointing setbacks do not necessarily equate to continued failure. Being a parent is one of the hardest roles to fulfill, and even parenting gurus like Jim Fay will tell you they made plenty of mistakes along the way. But with the right support, more strategic efforts and sincere empathy, plus a double dose of love, patience and perseverance, this too shall pass. Implementing structure complemented by consistent routines, rules and consequences is how you will develop as a parent and your child will develop as a person.

Second, avoid putting your pediatrician in the position of speed diagnosing your child. Instead find a mental health or parenting specialist who is not a proponent of psychiatric drugs. Ask them to take a family systems approach and delay designating the child as the mental health client. Successful therapy has shown us that kids do not need drugs, or another drug to treat the side effects of the first drug. What they need is more of us to be their loving guide on the side along the arduous path we call natural child development. I firmly believe that many kids diagnosed with mental disorders are just one developmental stage away from escaping this sad game. And I don’t know about you, but I think kids deserve a chance to reach such developmental milestones without pharmaceutical intervention.

If drugging patients actually had a positive role in treating supposed mental disease, the admirable folks with Alcoholics Anonymous (AA) would have stopped trying to keep their participants sober a long time ago. The problem is not in our kids’ minds. The problem is what we are not providing enough of what our kids’ minds really need.